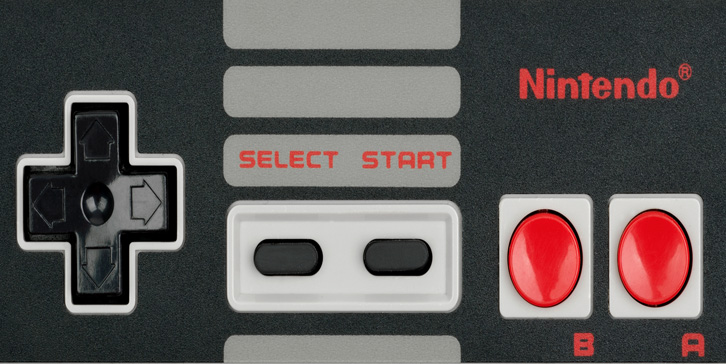 We’ve been giving Back to the Future’s 30th anniversary a lot of love. But BTTF isn’t the only ‘80s staple with a big day this month.

Gamers? Wish a happy 30th to the Nintendo Entertainment System!

I may be a ‘90s baby, but my real nostalgia for anything gaming and film lies in the ‘80s. The NES was a childhood-defining item for many of us back in the days when the VHS was blowing our minds.

And the ‘80s was actually a make-or-break decade for video games. All of those hours spent playing “Skyrim” and watching ‘let’s plays’ of “Five Nights at Freddie’s” could have easily never happened.

A little one-minute history (seriously, time me):  The NES was born out of Nintendo’s Famicom (Family Computer), which reached “meh” popularity in Japan and was supposed to hit the American market.

But we were in something called the “video game industry crash of 1983”. Computers and VHS machines and all that newfangled technology flooded the market and our wallets at the same time video game consoles were trying to.

But the NES used some parts of the Famicom’s innards that set it apart – like a sound chip that allowed more than just arcade ‘beeps’ and ‘boops’, and a cartridge system that looked more like a VHS than an Atari. Which I like to think made people think they were buying a VHS before realizing what was happening.

The NES also advertised games as they actually looked, unlike the Atari that advertised fancy graphics that people were disappointed to find were actually the simplest of 8-bit.

Without the NES, who knows – maybe 8-bit wouldn’t be quite as beautiful and nostalgic as we now see it. Hell, the latest “Five Nights at Freddy’s” had the most modern graphics of any of the games, but the backstory was told in something that looks like it falls between 8- and 16-bit.

And lemme tell ya, it was super effective.

Nowadays, being a grown-up kid with an NES makes you stand out as much as having an NES back then did. The nostalgic 8-bit graphics take us back to a time when “Netflix and chill” was “NES and chill”.

The NES’s popularity all but caused a tidal shift in the video game market when it mattered most. So cheers to the NES for starting an obsession, love, and childhood wonder all its own.