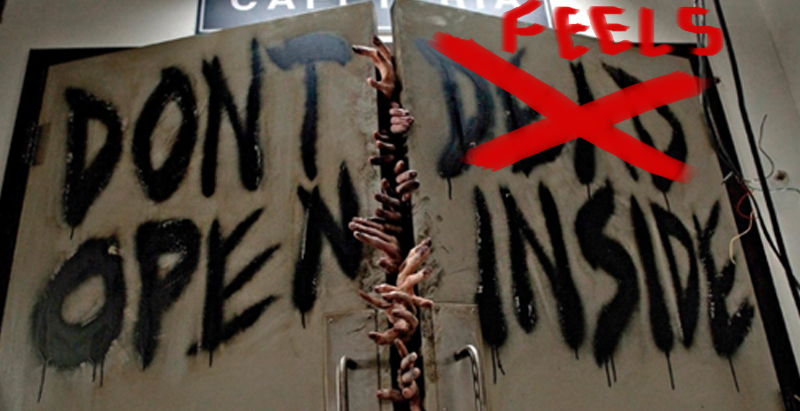 Oh man…if The Walking Dead wasn’t already the Game of Thrones of AMC, it sure as hell is now.

This week, TWD stood for “Tears Went Down”, because without giving any spoilers away…somethin’ happened, y’all. Somethin’ big happened.

But, we suffered together. And that’s what’s truly important. Live-tweet with us using #ThreadTWD and never face the zompocalypse alone again.

@TweetsFromJack @threadless I’ll laugh if one of the nubes gets taken out by a zombie hamster. #threadTWD

“Hi, I’m Sarah McLaclhan. Did you know that you could help save zombie pets for just 30 cents a day?” #threadtwd #The @threadless — The Joe Show (@joeshowhd) October 26, 2015

Maybe they can brush the hoarde and toss around a squeaky ball to calm them down #TheWalkingDead #threadtwd — cat (@catiscrafty) October 26, 2015

NOW IS NOT THE TIME TO CONTEMPLATE CROWD SURFING #THreadTWD — Hawke (@batmanjohnson) October 26, 2015

And then? Without giving away what “it” is…it happened…

This episode was the one where nobody gets home to their wives. Teach you to get married post zombie-apocalypse #ThreadTWD #TWD — Jack E. (@TweetsFromJack) October 26, 2015

The show ripped our hearts out like a zombie rips into some of the people we love. But winners rejoice, and bury the PTSD sorrow from this episode buy using your gift code to get some new schwag, on us…