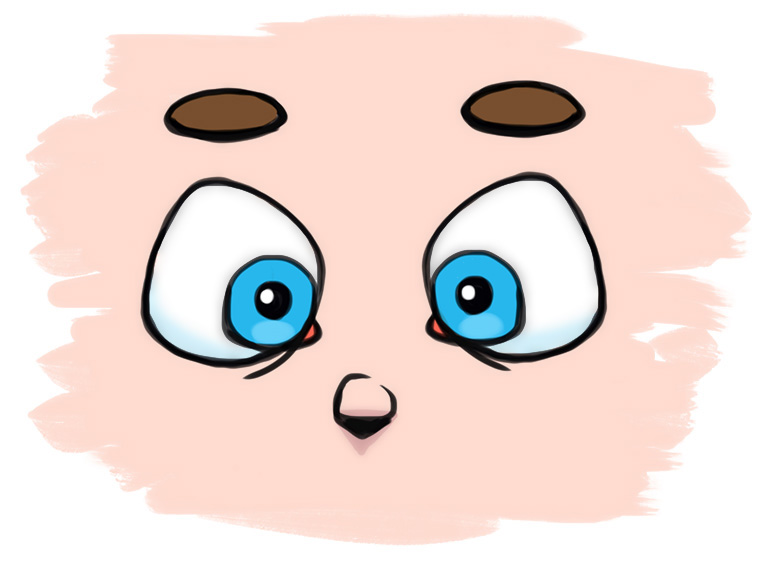 Everybody gets their inspiration from somewhere. It could come from a favorite song, movie, or book, or it may hit while spending time outdoors communing with nature. As a graphic designer and illustrator, I’m always on the hunt. And, for me, I’ve found one of my biggest sources of inspiration as of late is my son.

Aiden is two years old, and, filled with the boundless energy of youth, is a pretty busy guy. He’s quite the daddy’s boy, so we hang out a lot, and while I’d like to think I’ve been teaching him things, sometimes I feel that I’m the actual student. From all my time spent with Aiden, here are four things he’s taught me in terms of inspiration.

Everything can be a game. Whether it is walking along a sidewalk, throwing a ball, or drawing out bedtime, everything and anything has the potential to become a game. It always amazes me what he comes up with next, and makes me realize how much more I could be stretching my imagination. And of course, participation is mandatory for all nearby adults. By getting on my hands and knees to get down to his level, I get to experience the world as he does – which is inspiring in itself.

Also, being two, he can be quite demanding when it comes to play time, will not stop until he gets my attention. If that means closing up my iPad and succumbing to playtime, then so be it. Switching into play mode at a moment’s notice has really helped to keep my mind (and body) fresh, which, in turn, keeps it open to new ideas down the road.

Discover The Wonder in Everything

Since he’s only two years old, everything is still pretty new to my son. He always has a look of wonder and amazement whenever he sees something I’ve long since taken for granted. A plane overhead? The world stops around him as he watches it fly by. A new person on the morning bus commute to daycare? Aiden is sure to greet them a ready smile hello and a wave good-bye. The train that often stops our bus and makes daddy late for work? Aiden regales shouts of excitement every time. At least SOMEONE is excited about the resulting traffic snarl!

Watching his excitement over life’s mundane things reminds me that there’s wonder in everything. And when there’s wonder, there’s almost always inspiration.

Like most kids, my son is often fearless; he’s always jumping, falling or rolling around. Without any thought that he might get hurt, and with total faith that his mom or dad will catch him if he falls. As an adult, it’s hard to take risks like that, as we often look immediately to the danger. But without taking risks, you never truly grow. My son has a lot of growing to do, but while he’s working on that, he’s reminded me to work on ditching the fear and taking more risks.

As the idiom goes, you’re supposed to “dance like no one is watching”. Well, Aiden prefers the opposite: he dances ONLY when people are watching! Not the least bit self-conscious, he will dance like a fool once the music starts playing. Some dance moves he’s learned in music class, some he’s picked up from television, and others… I have simply no idea where he came up with them. But it’s so amusing to watch and try to figure out where he learned these moves. Plus, his total lack of self-consciousness is a total creativity booster. All in all, it motivates me to forget what others think and strive to be my true self.

Being creative all the time is hard to do, but finding things that inspire you can go a long way on the days your creativity well runs dry. Exploring the world though my son’s eyes has been the best source of inspiration I have come across for a long while. Even if you don’t have children of your own, I encourage you to spend some time with kids and see the world from their perspective. Children are almost always wide-eyed. After spending time in their company, I guarantee you’ll find your eyes opening, as well.

Steven Downie has been a Graphic Designer and Illustrator for almost 20 years. When not blogging, he can be found cycling, jogging, spending time with his young family, and speaking about himself in the third person.