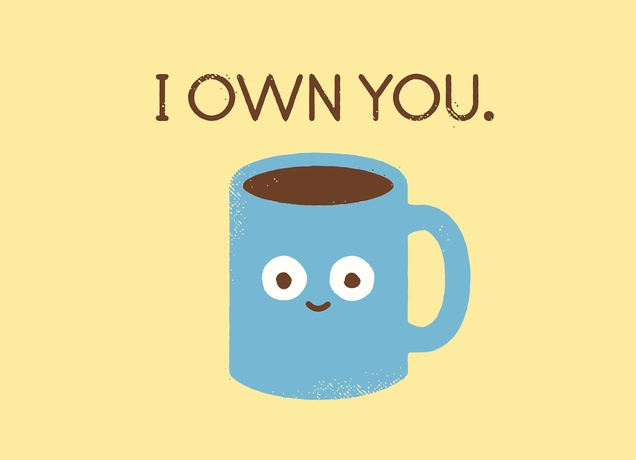 Would you drink 50 cups of coffee a day to boost your creativity? It might seem excessive to you and me, but it’s been done before. The French novelist and playwright Honoré de Balzac used to grind up coffee beans into a fine powder and consume them on an empty stomach, all while calling the process “horrible” and “brutal”, adding that “only the most vigorous of men should attempt such a thing”. According to his 1839 essay on the matter, “Treatise on Modern Stimulants,” he compared the effects of the coffee bean powder to that of a marching army, so apparently it paid off for him. However, regardless of how powerful the effects of coffee were on Balzac, it’s important to ask whether coffee is the best tool in stimulating creativity. And more importantly, can coffee have the opposite effect, and instead stifle creativity?

Before you make up your mind on the matter, you should know a little about how coffee affects the brain. I’m no expert in biology and chemistry, and I assume you aren’t either, so I’ll try to keep this as simple as humanly possible. Caffeine, when digested, blocks a substance called adenosine. This substance’s main purpose is to lower energy levels, promote sleep, and suppress waking while sleeping. It carries out these duties by hindering certain chemicals going into the brain. Simply put, caffeine blocks a substance that would make you feel sleepy and unfocused.

Adding to that, several studies have shown that caffeine enhances cognitive, motor, and physical performance. You get a boost of energy, you feel less fatigued, and it improves your short term memory, problem solving, decision making, and concentration. However, this “boost of energy” isn’t actually a boost – it’s more of a trick. Caffeine is making your brain believe it has more energy than it already has. When it wears off, your brain finally realizes that it doesn’t have those levels of energy and thus, the inevitable “crash.”

This “trick” is especially harmful to your sleep cycle. Studies have shown that digesting caffeine before bed time causes harm to your sleep cycle; particularly directly before bedtime, but even up to 3-6 hours before you hit the sheets. Disruptions to sleep can include reduced sleep time, increased time spent awake, and lowered sleep efficiency.

Although caffeine is essentially lying to your brain about energy levels, it does allow two chemicals, Dopamine and Glutamate, to work freely in the brain (more biology, sorry). Dopamine and Glutamate both deal with keeping connections between neurons active. To put it simply (again), they help improve major functions like learning, memory, and connecting preexisting ideas. That’s great, right? Creativity is all about connecting preexisting ideas. So coffee helps your creativity. Yes… and no.

If you need a short term boost, it’ll definitely help you. When you’ve got a project deadline in five hours that relies on creative thinking, a cup of joe just might save the day. However, since caffeine can be detrimental to your sleep cycle as aforementioned, it’s less effective in the long term. Why? Because sleep is strongly linked with higher creative abilities. By allowing our brains to create new connections and neural pathways, REM sleep improves creative and problem solving processes. You know the term “sleep on it”? It’s actually quite worthwhile advice.

All in all, it’s a tough argument to take a stance on. Caffeine in the morning can certainly rev up your energy and make you alert, focused, and productive. However, if you rely on uptick from caffeine all day, as many of us do (due to the inevitable “crash”!), your sleep pattern may inevitably suffer, and, due to mental exhaustion, affect your natural ability to think creatively the next day. And when you wake up without feeling rested, what’s the first thing you do? Likely pour yourself a cup of coffee, and thus, the cycle continues.

Most likely the biggest takeaway from this is one of the oldest adages of all time: everything in moderation. However, coffee lovers hold caffeine dear to their heart, and coffee avoiders stay away for a reason.

So we want to know: what’s your take on the great caffeine debate, and how does it affect your creativity?