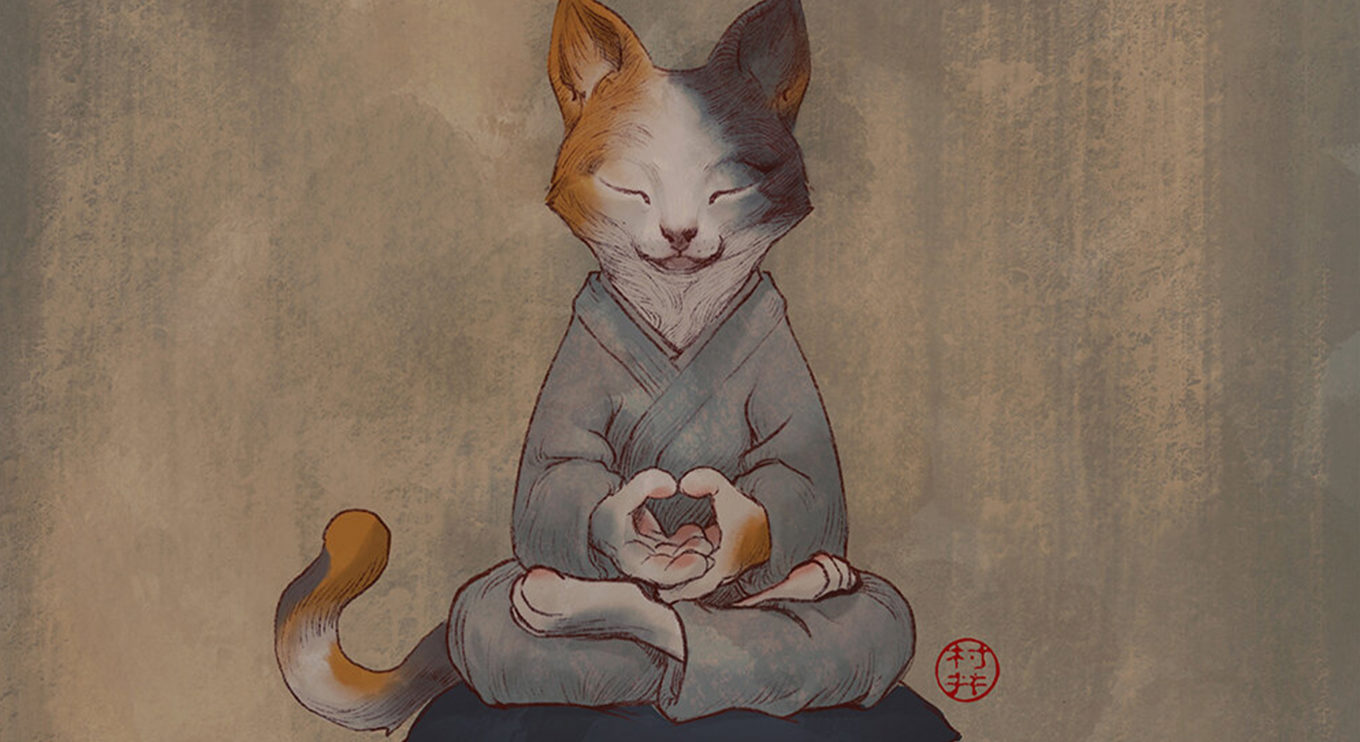 California–based artist Will Murai honed his chops in the entertainment industry as an illustrator and concept artist. But that’s not where his artistic endeavors end. In fact, he created an entire body of artwork based on his unique outlook on life. He was born and raised in Brazil, and is the grandchild of Japanese immigrants.

Murai’s work brings to mind the whimsical linework of German Renaissance artist Albrecht Dürer and the aesthetic of 19th century Japanese woodblock painter Hokusai. His influences range from illustrator Normal Rockwell to famed manga artist Katsushiro Otomo, creator of the 1988 anime film Akira. In many ways, Murai’s artwork is a combination of both styles. It delivers realism and fantasy sewn into one.

In his Threadless Artist Shop, you’ll notice elements of traditional Japanese art merging with contemporary techniques. Many designs feature a red stamp, which Japanese artists have used as their signature on woodblock prints for centuries. Murai also relies on a somewhat neutral, sepia palette with soft earth tones and pastels. He then reveals his manga influences in his linework. Some of the designs that really showcase his style include a grandmother figure carving out a Kitsune mask (also known as a fox mask) and a badass raccoon parading through a forest.

Murai received his middle name, Hideki, from his grandmother—the first in his family to move from Japan to Brazil. Recently, he’s been rediscovering the culture and history of his ancestors, and has found the journey to be fascinating. He spoke from his home in California about illustration, retro video games, and the secret to his iPad drawings.

Is a raccoon your spirit animal? Why or why not?

Will Murai: Ha! Not really, although I do admire the personality the Japanese folklore gave to it [“Tanuki the Tipsy Trickster,” a figure in Japanese mythology, is a raccoon dog which is seen as a symbol of abundance.] On top of that, I was heavily inspired by Isao Takahata’s movie Pom Poko, which depicts a group of Tanukis (how racoons are known in Japan) interacting with a modern world. They are smart shapeshifters and survivors who try to adapt to human society but at the same time keep their culture alive. I just felt really inspired by it.

Your work looks like it’s Albrecht Dürer meets the Japanese master Hokusai. Who do you count as your biggest art influences?

Those comparisons are a huge compliment. Thank you. I definitely look at Hokusai for the look and feel of the woodblock printing technique, and also for the mastery in composition and shape language in his work. There are many artists who influenced my work, but If I could name a few from the top of my head, they would be Norman Rockwell, JC Leyendecker, and paintings by Andrew Loomis. When it comes to ink drawings, I am heavily inspired by manga artists such as Katsuhiro Otomo, Akira Toriyama, and Osamu Tezuka.

How has your work as an illustrator helped inform your artwork?

I’d say it was essential for the development of my personal artwork. I take my work as an illustrator very professionally and try to approach it from the client’s point of view. Everything from the brainstorming, planning, scheduling, and execution are part of my approach to best fulfill the project demands and make sure the client is happy with it. Of course, I will always infuse some of my own personality into it, but my priorities are the goals of the project.

How is this different from your personal artwork?

When it comes to my work as an artist, I approach it completely differently from my professional work. The work you can find in my Artist Shop reflects a communication with my own voice, in which I am trying to tell a story that belongs to me. My life challenges, things I’ve learned, and my frustrations. Even the technique is different from my professional body of work. In a sense, as an illustrator, I developed techniques and methods as tools to communicate my personality through my personal artwork. The good thing is that the client, in this scenario, is myself, and I have no pressure other than to tell a story that would reflect a part of my life.

How has your grandmother influenced your life and your art?

I would say that it’s only due to the fact that both of my grandmothers’ education and principles of Japanese culture heavily influenced my parents, which consequently was passed on to me. My grandparents were the ones who migrated to Brazil and protected the values that guided our family through hardship of an immigrant life. Unfortunately, they passed away when I was really young, and did not have the opportunity to have a direct influence on my art, but they surely live on through the stories my parents told me about their life.

When you started rediscovering your culture and heritage, what fascinated you the most?

I was going through a creative block. Working as a full time VisDev (visual development) artist in a major game company can be demanding, which sometimes takes a toll on the capacity to produce personal art. Around 2017 or 2018, I started revisiting the works of some of the heroes of manga such as Osamu Tezuka and Katsuhiro Otomo. How they could tell rich stories and inform so much with their draftsmanship using only black inks was fascinating. I thought that would be a good thing to try! Also, I started reading about Japanese folklore and practicing Zen meditation, which combined with my life moment resulted in the work you can see in my Artist Shop.

A lot of the work you post on Instagram, at least lately, is Street Fighter fan art. What’s the draw?

I grew up playing Street Fighter in arcades, dueling with my brother on my Genesis console. Not only is it nostalgic, but I also spent quite some time playing the newer generations of the game (SF4 and SFV). Those characters are a hallmark of iconic character design, and to me, making fan art is a good opportunity to study and learn with the masters who created them: Akira Yasuda, Kinu Nishimura, and Daigo Ikeno, just to name a few.

Is it just me or is that a grandmother figure on one of your t-shirts?

Haha, I didn’t intend for it to look like my grandmother, but it might have come out quite similar!

Is spirituality an element of your artwork? I’m thinking of the meditating cat.

Absolutely. I practice Zen meditation, which has opened a side of my consciousness that I just didn’t pay attention to before. Our behaviors and actions often originate in our thoughts and how we choose or not to react to them. Having a cat meditating seemed like a good analogy of a living being, controlling its inner instincts just to sit.

How do you define your drawing style?

I don’t know if this classifies as a definition, but I try to inform volumes, shapes, and textures as much as I can with only a single 0.05 pen. I am often influenced by manga in the draftsmanship, but also combine illustration approaches of storytelling, trying to add iconic elements to complement the scene.

Do you still use a sketchbook or are you a full-on iPad artist now? If so, what are your favorite brushes and programs to use?

I believe it is safe to say that I completely migrated to iPad for all my sketches and studies. It is much more versatile and flexible. For the ink drawings on my website, the workflow I use is to do every thumbnail, idea, and preliminary sketch on iPad, print it, and then use a lightbox to transfer the sketch on cotton paper using archival inks.

What else do you have upcoming? Books, prints, exhibitions etc.

I’ve been pretty busy with moving and coping with the very weird 2020. But if everything goes well, I am planning to be a lot more present in illustration conventions in California and beyond, in other states. Let’s hope things get back to some normalcy in 2021.