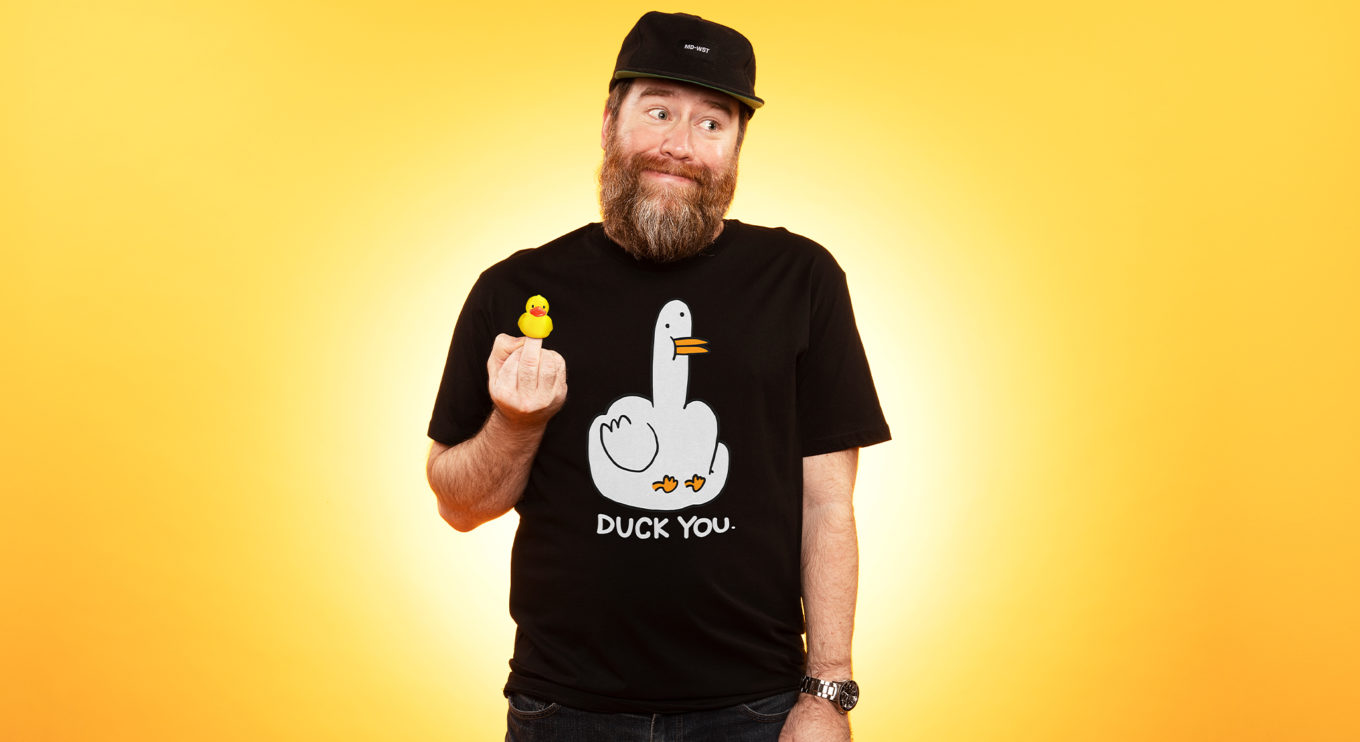 Are you outraged by the offensive? Are you vulnerable to vulgarity? Provoked by profanities? Well fuck. This shit might not be for you. Today we’re swimming in swears and cuddling up with curses, so if you’re already feeling a little uncomfortable, this is a good opportunity to get your ass somewhere safe and swear-free. You won’t offend us. Still here? Good for you! Now buckle up, bitches. We’ve got some damn good designs to discuss.

Let’s start out nice and easy, shall we? No need to take the highway to hell. “Damn” is a bit of a filler swear. Outside of any sacrilegious contexts, damn is pretty damn cuddly and accessible. It’s versatile, it’s familiar, it’s a damn security swear you can hold onto when you’ve dropped your damn ice cream cone, or the spice you can add to any damn gossip you dish. Dress it up in flowers, utter it behind the boss’s back, exclaim it when your outfit is fly, build it into rivers and streams, wait no, that’s a dam. Damnit! Well, whatever. I think damn is a pretty damn good word. Like all good swears, it’s a complete sentence all by its damn self.

There are many varieties of shit. Batshit. Chickenshit. Horseshit. Dogshit. Bullshit. There are shitloads, shitheads, shitlists, and shitloads of shitheads on shitlists. Shit is a satisfying little word, packing a lot of shit into four little letters. Use it sparingly or spread it like sprinkles. Shit never gets old. Shit is also a surprisingly motivational word, reminding you to get your shit together. Always remember, no matter how shitty your day is, it’s not the shittiest, and shit could always be shittier.

After shit comes ass. Everyone’s got one and everyone can be one. It’s a word with class, sass, and, in some cases, mass. Whether you’re admiring dat ass, kickin’ some ass, or just being a badass, a well placed “ass” can take any conversation to the next level. (Note: if an ass is poorly placed, please see your local proctologist or livestock handler.) Pairs well with bad, whoop, and jack.

What was once a devastating middle school swear was deconstructed and reclaimed after the following philosophical arguments: Bitches are female dogs. Dogs bark and bark grows on trees. Trees are nature, nature is beautiful, so thank you for the compliment. Damn bitch, that’s deep. While these arguments were presented anonymously, their impact was powerful. Today, bitch can be empowering, endearing, and even motivational. There are basic bitches, boss bitches, and stone-cold bitches. Don’t be a little bitch; be 100% that bitch.

Now, kneel before the royal swear, the fucking créme de la créme, the fuc-King of swear words, the elite word within the cursing community, a fuckin’ MVP of curse words. Excited? Fuck yeah! Angry? Fuck that! Confused? The fuck? Worried? Oh fuck… Happy? Fuck yes!!! Just look at it go! Noun, verb, adjective.You can give a fuck, not give a fuck, get fucked, fuck off, fuck around and find out. Fuck does it all! Hide it in a pun, throw it up with a finger, or pair it with a cheerful rainbow. I gotta say, I fuckin’ love this word.

There are so fuckin’ many beautiful swear words to choose from. Sometimes you can’t pick a favorite. That’s alright, we have shit for all potty mouth appreciators.

Whatever your go-to swear words might be, we know we have a bitchin’ design that’s perfect for you.

The featured design is “Duck You” by KidEzzy.