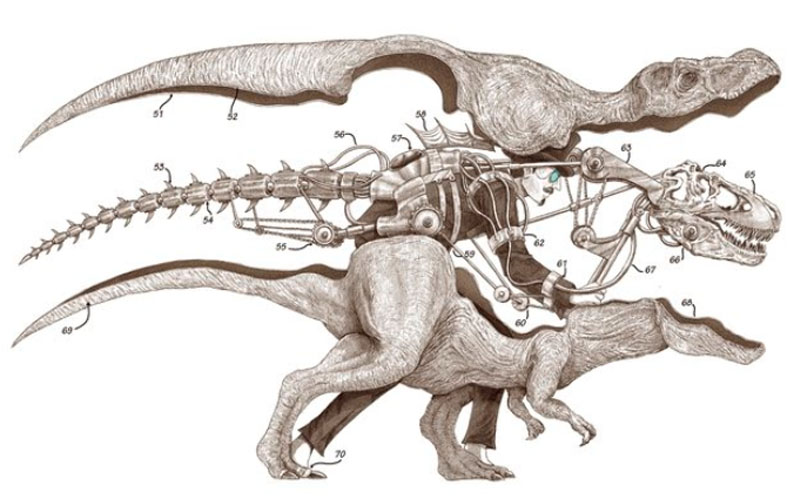 Did you use to draw dinosaurs when you were a kid?

Well, some people never grew out of their ‘dinophile’ phases. And thank God for that. If it wasn’t for these artists, we wouldn’t be able to picture what a velociraptor or a T-rex looked like (and we wouldn’t have fun versions of them – like in Pixar’s The Good Dinosaur).

Paleoartists are the ones trying to give us answers based on scientific discoveries. Since the first fossil was found in the 1800s, people have been inspired to try to imagine what the animal was like when it was alive. 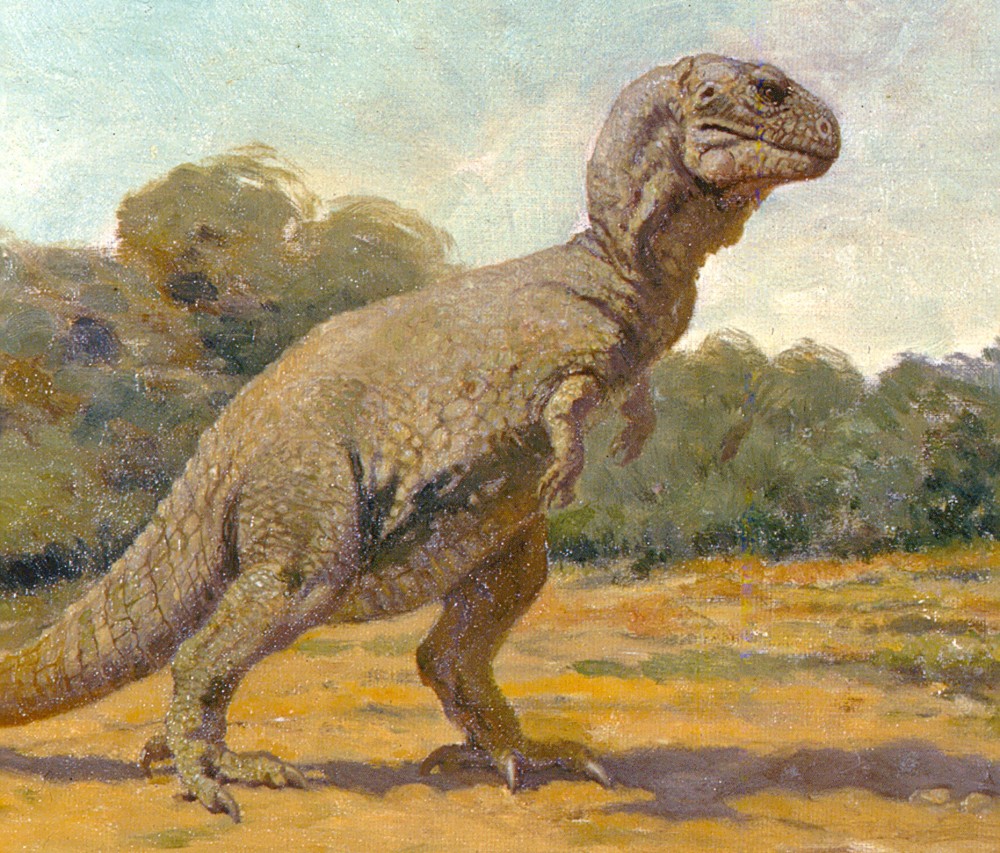 Above: This Tyrannosaurus painting — today known to be inaccurate — was done by Charles R. Knight in 1906 for New York’s American Museum of Natural History.

Paleoart, also known as paleoillustration or paleontography, can be best described as a mixture between art and science aiming at the realistic reconstruction of extinct flora, fauna, even whole ecosystems. 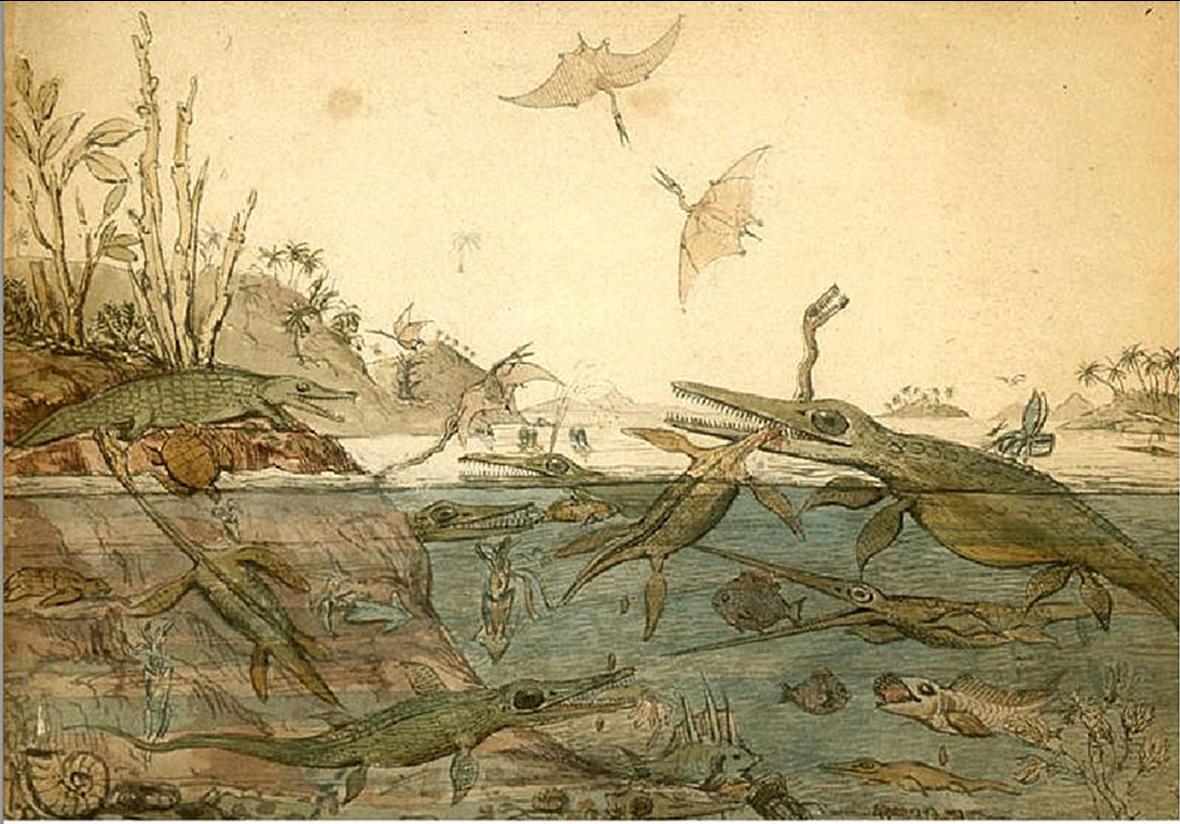 Above: The watercolor from 1830 is considered the first ever painted paleo-environment. It’s by the english geologist Henry de la Beche.

Paleoart depends on cooperative discussions between experts and artists, but it can’t exist without the artist’s imagination, – for that is what’s responsible for how real the animals look to us. 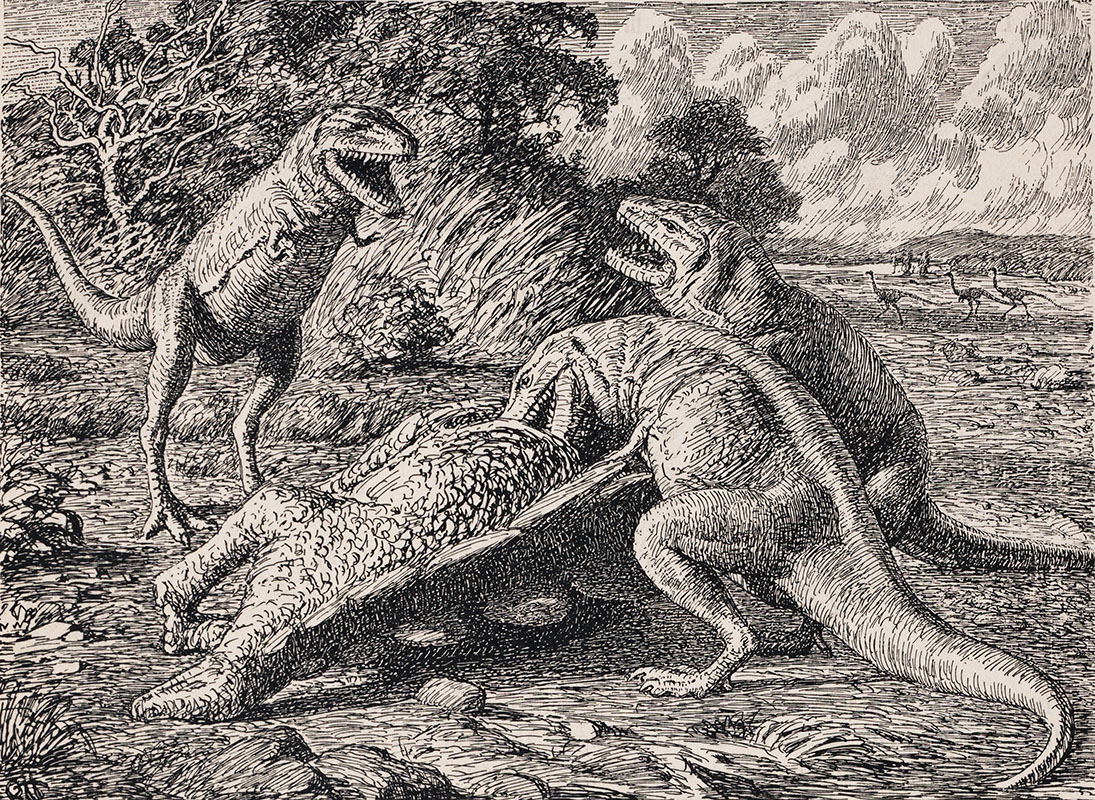 Above: Danish artist Gerhard Heilmann in his The Origin of Birds (1926), was really the first drawing of dinosaurs as they should look – with tails above ground rather than dragging, and standing on two legs with a birdlike gait.

It’s hard to pinpoint who the first person to draw, paint or make a sculpture of a dinosaur based on fossil discovery was. The term “paleoart” itself was coined by Mark Hallett in the ’80s. Hallett worked as a teacher, a designer, an art director and a consultant on movies such as Jurassic Park. 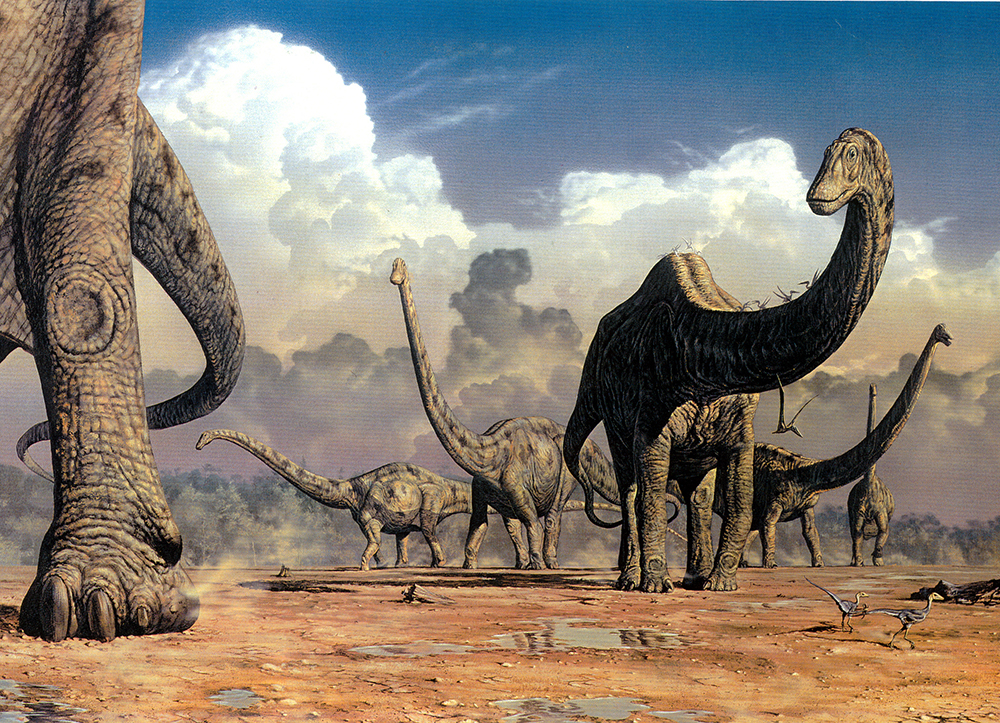 The Long March (Seismosaurus) – a 1994 painting from Mark Hallett

These illustrations are from his latest book, “The Paleoart of Julius Csotonyi”: 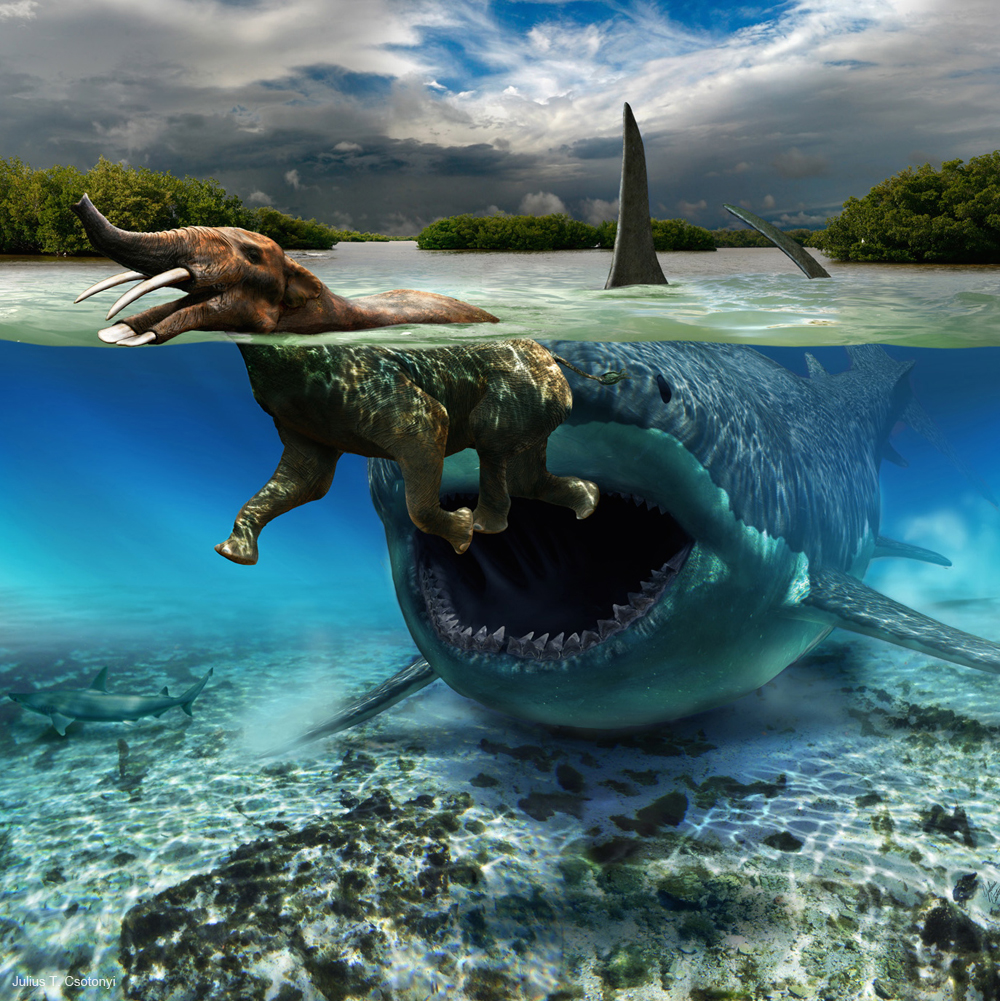 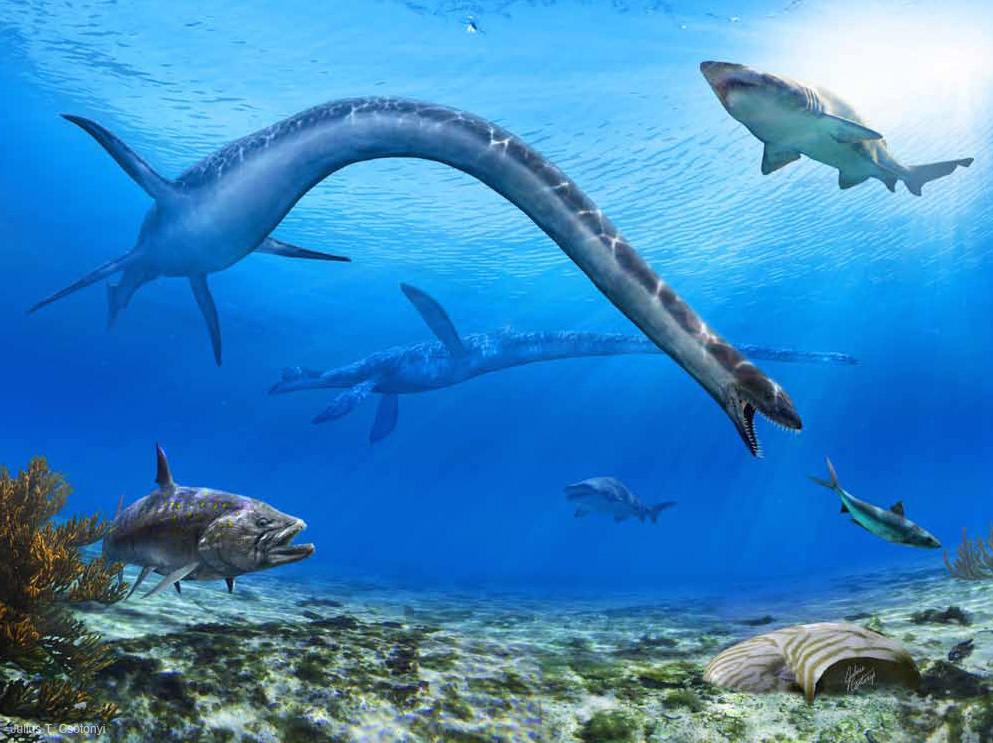 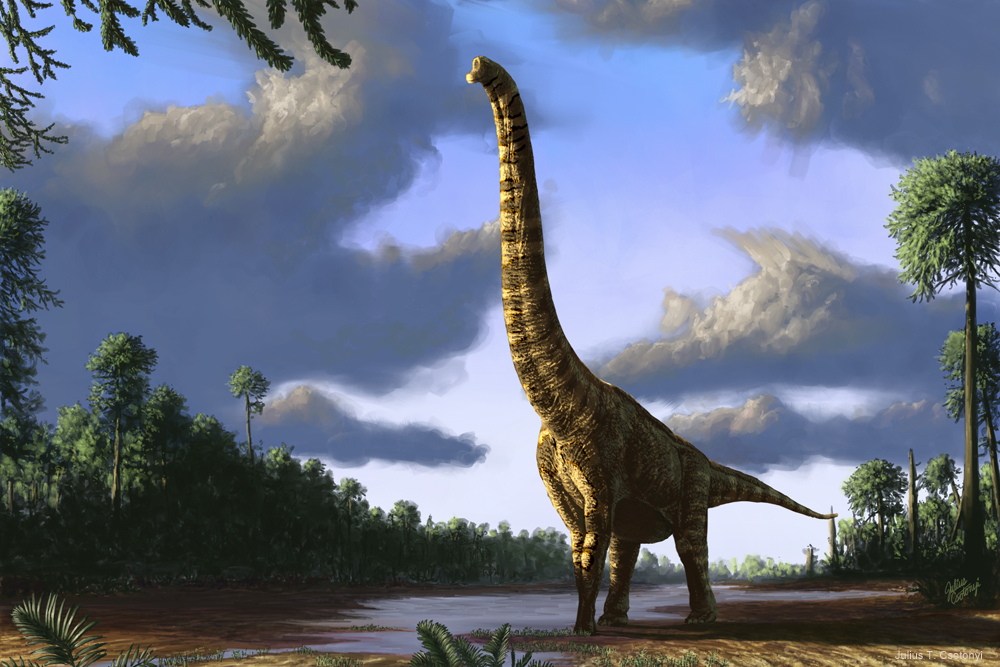 It seems like dinosaur art has evolved just as much as creatures have since the tyrant lizard walked the earth. It will be pretty amazing to see where this little-known art will go in the future.