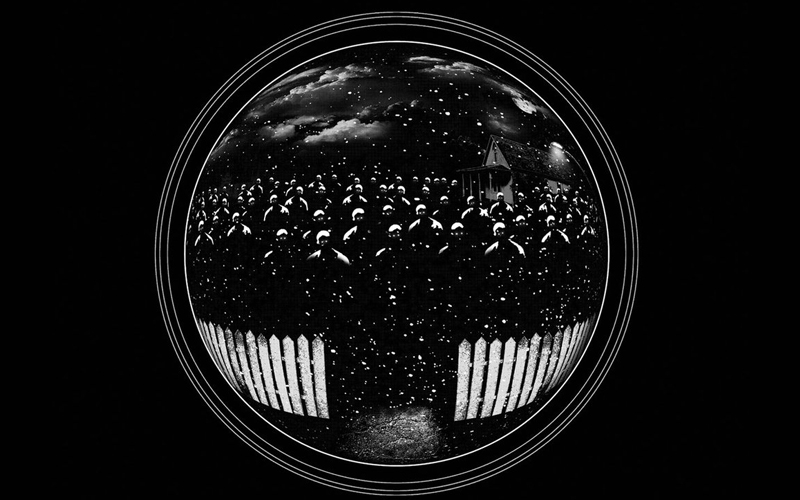 It’s hard to believe that we’re halfway through this season of The Walking Dead. We’re hoping that the start of the second half of the season bounces back faster than Glenn did.

For our final round of #ThreadTWD (for now), we had some interesting themes…and by interesting I mean maybe more random than balloons.

Looks like there are all different uses for the word RAID tonight on #TWD#ThreadTWD — Jack E. (@TweetsFromJack) November 30, 2015

A little…apathy here, you guys. But hey, apocalypse gonna apoc.

At least with Deanna gone I can stop focusing on where she found all that Botox in the Zombie Apocalypse. #ThreadTWD — fredoindallas (@fredoindallas) November 30, 2015

at least with Deanna gone I won’t be praying she finds some conditioner for her straw hair #TWDMidSeasonFinale#threadtwd#wellshit#twd — Megan Hope (@themegbass) November 30, 2015

More teenaged angst. And yes, this is the gif that must be used anytime the teens of the zombie wasteland get angsty.

“ya know my dad killed yours, but he was an asshole.” At least you took the gun before you said it. #threadTWD — Hawke (@batmanjohnson) November 30, 2015

“Your dad was an asshole.” From How to Win Friends in a Zombie Apocalypse By Carl Grimes #TWDMidSeasonFinale #TalkingDead #threadtwd #twd — Kelly MacDonaldMason (@Kelly_MacD) November 30, 2015

Between the cookie, the couches, and the balloons in multiple episodes, can’t help but wonder if inanimate objects are the true plague of this world. #PlotTwist

Also, what did I say about couches earlier. #threadTWD — Hawke (@batmanjohnson) November 30, 2015

Of course, your beautiful mug shots! You guys were way on your selfie game.

Our cable is being a bitch, so we’re practicing our scare the zombies faces. #threadtwd pic.twitter.com/NYdgGVKucz — Alex (@alleycat2007) November 30, 2015

In need of a new heart after that opening. Good thing I got a zombie love shirt! @threadless@hrstump#threadtwdpic.twitter.com/T5Rv6u44YF — Amanda Bundek (@MadScienceMandy) November 30, 2015

And as a bonus, here’s two tweets about Rick that are funny. Because who can take him seriously anymore? Seriously.

Aaaaaand finally, we have our victorious winners of the night! The final winners for this half of the season!

Our cable is being a bitch, so we’re practicing our scare the zombies faces. #threadtwd pic.twitter.com/NYdgGVKucz — Alex (@alleycat2007) November 30, 2015

A huge thank you to the fellow live-tweeters (is that a word?) who made this an awesome pre-hiatus Sunday. Rejoin us on Twitter with the #ThreadTWD hashtag when the show comes back for part 2. Till then, happy hibernation! Sleep tight, don’t let the walkers bite.   Featured image is “The Undead at my Doorstep” by Leo Canham