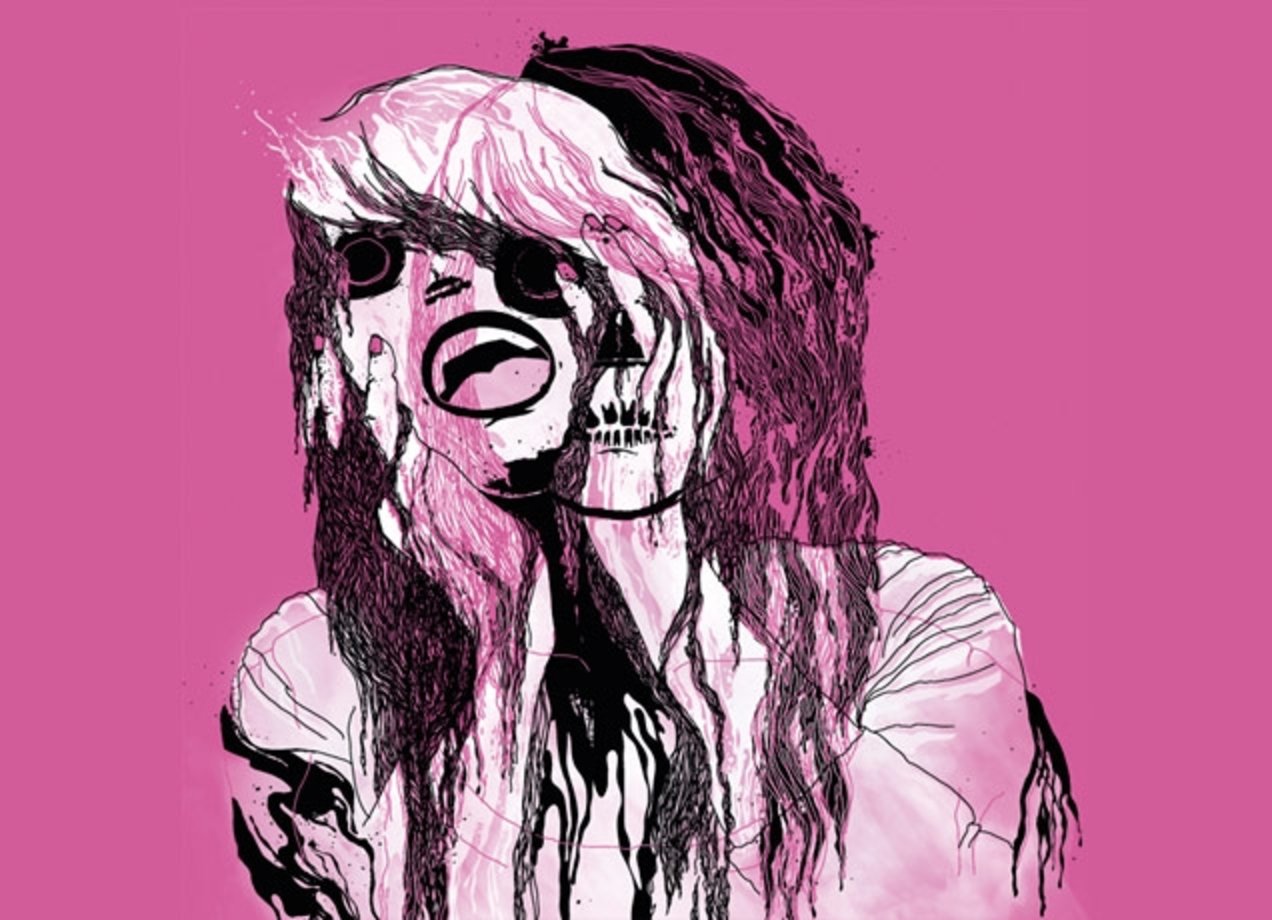 ^ That design is pretty much how we all looked staring at the screen last night…the blood-spattered, faded-to-black-too-soon screen.

We wanted Negan and ho’boy, we got him. Negan’s reveal was pretty intense. But probably not as intense as the emotions we’ve all been left to deal with until next fall.

There was one tweet from the night that just summed up this episode and our feelings beautifully:

“This is all fucked up” – my mom #threadtwd#twdfinale

Let’s start out easy with some selfies. Because you gotta love the zombie selfies…plus they’re happy fun things that make us smile, unlike the ending of this episode.

Got my @threadless THIS Is How The World Ends shirt and I’m ready #threadtwd #TWD pic.twitter.com/WJ35HeIm6R — Adam Ray Weaver (@ohthatadam) April 4, 2016

@threadless Dear Carl, It might be twice as hard to aim these days… But, #StayFocused. #threadtwd pic.twitter.com/IvtIIFwvXD — Dylan Morang (@DJmorang) April 4, 2016

Then, The Walking Dead gave us the best phrase since “Don’t Dead Open Inside,” “CORAL,” and Rick’s “Stuff n things.”  Say hello to “Bitch Nuts.” Leave it to Abraham to have the best quotes of the show. He had a few other winning one-liners in this episode too, but “Bitch Nuts” pretty much takes the cake by default. In honor of Abraham, cue responses to one of our flash challenges: recipes with “bitch nuts”:

Our other flash challenge? Abraham-themed again. Of course. And although in hindsight we know the best book title for Abraham is undeniably “Cooking With Bitch Nuts,” here are Chapters in Abraham’s Book of Swears:

Then I don’t know if it was the stress of the imminent doom we faced at the end of this episode or what it was, but at some point in the episode, people got super obsessed with the horse our characters find in the episode:

Zombies attracted to noise…let me ride something that makes the most noise possible? Smart!! #THreadTWD — keith groshans (@keithgdesign) April 4, 2016

As if I didn’t have enough people to worry about now another horse? Horses don’t fare well in this world. #threadtwd #TWDFinale — Kelly MacDonaldMason (@Kelly_MacD) April 4, 2016

And the moment of truth…oh man, you guys; dat Negan reveal. Between the whistling and the super creepy, heavy soundtrack that deserves a freakin’ award for how creepy and heavy it was, Negan got one hell of a reveal.

I will never bare a child and name her Lucille – that name is dead to me #ThreadTWD — MizzMegatron (@MegMKline) April 4, 2016

A fucking cliffhanger! I mean just let me cry and get it over with! #twd #TheWalkingDead #demdeadz #threadtwd #TWDFinale — Amanda (@LynnetteFaye) April 4, 2016

Quick someone dub Carry on my wayward son over what just happened. #threadTWD — Hawke (@batmanjohnson) April 4, 2016

Whew…that episode was a lot to swallow… BUT even though this episode ripped out our hearts and ate them while they were still beating for whatever character FREAKIN’ DIES at the end, we have extra winners to celebrate this week! First winner of the night:

@threadless “‘Hotter than a Camel’s Asshole’ and Other Weather Phraseology”

I think those dudes just came back from the laser tag renaissance faire. #ThreadTWD

And our seasoned veteran of a selfie winner, major props to you, sir:

Thank you so much to every one of you amazing ThreadTWDers who have held our virtual hands every week! You’ve become our own little zombie horde family and we love you. We’ll be back with #ThreadTWD next season!