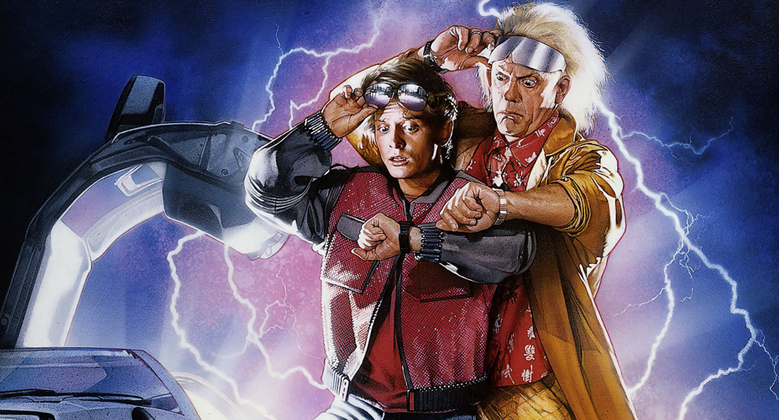 I don’t know about you, but I’m getting pretty dang antsy about “Future Day” coming up on October 21st. So to get my mind off of all the anticipation, I’ve been doing the only thing I can do: binge-reading facts about Back to the Future while wearing my BTTF shirts. All at once.

Because let’s be real, it’s impossible to get your mind off of all this excitement.

Of all the crazy facts out there – from BTTF almost being called “Spaceman From Pluto” to a guy in a dog suit driving the DeLorean to look like Einstein – here are my five favorite behind the scenes facts about Back to the Future:

5. The DeLorean was almost a fridge

Ok, a police box in Doctor Who? Sure, that works.

Originally, the creators had plans to make it a “time chamber” in a fridge rather than a “time machine”. But they were afraid that kids would start locking themselves in fridges, which you know would happen.

Plus, a DeLorean is way cooler than a fridge (HA, pun actually unintended). Although I like to think the fridge would have looked like this:

Figuring out how to pimp your time machine is one thing. Figuring out how the hell you’re gonna shoot that thing through time and space is another. The BTTF team opted not to show a time travel portal sequence because they wanted it to be instantaneous.

Which actually makes more sense if you’re folding time rather than shooting through a wormhole to, say, a different planet. Simple theoretical quantum physics, you guys.

One does not simply say ‘no’ to Steven Spielberg…unless you’re his besties.

Zemeckis and Gale were friends with Spielberg, having worked on two movies with him before. So they were worried that if this one didn’t work out? They’d be forever labeled as those dudes who keep getting their famous friend to make movies for them.

But Spielberg had the most faith in the project. He was the only one who saw the heartfelt nature of it – most big studios didn’t think BTTF was raunchy enough, whereas Disney thought it was too raunchy, what with the whole incest thing.

But after Zemeckis directed the successful Romancing the Stone, studios wanted to look at the script again. So the BTTF team went back to Spielberg. Which I like to think was met by Spielberg steepling his fingers and saying aloud, “Gooood, they came back. They always come baaack.”

3. The second and third parts were originally one script

There’s a reason all three movies feel like three chapters of the same book. The second and third movies were originally going to be one movie, but the script was so long that they split it up. However, they shot them back to back as if they were one movie – something pretty new in a time before we went sequel-crazy with things like Fast and the Furious 25: Getting Slightly Less Fast And Furious with Age.

Originally, Michael J. Fox’s schedule on  Family Ties wouldn’t allow him to work on Back to the Future. So they cast Eric Stoltz, who you may remember from Pulp Fiction. Despite looking like the punk band version of Marty McFly, his performance was solid – he just didn’t have that certain comedic je ne sais quoi that Michael J. Fox had. So after a little studio persuasion, Michael J. Fox was able to do Family Ties by day and Back to the Future at night, catching only a few hours of sleep a night.

Worth it? Chyeah, I think so.

1. Cameos Before They Were Technically Cameos

Betcha didn’t know Billy Zane was in the first Back to the Future as one of Biff’s bro-squad.

Well ok, his name does pop up in the opening credits pretty noticeably…but did you know this was his first movie role? Not a bad start.

You know who else got their start in Back to the Future II? Freakin’ Frodo. Elijah Wood was one of the little kids trying to play an ‘80s game. 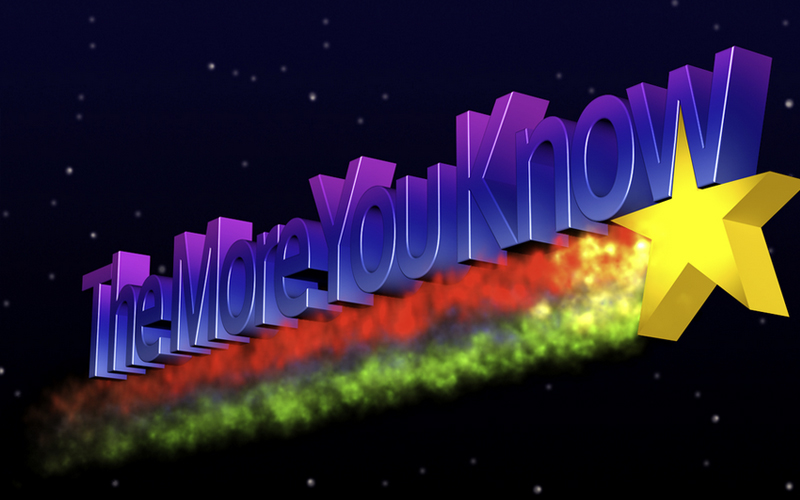 If you want more Back to the Future facts, you got options, man. On October 21st, this tight documentary on the making of the movies hits theaters on Back to the Future day. Plus, there’s also a book called “We Don’t Need Roads“, which is a making-of book.

And if you don’t want anymore facts about Back to the Future…make like a tree and get outta here, ya butthead.