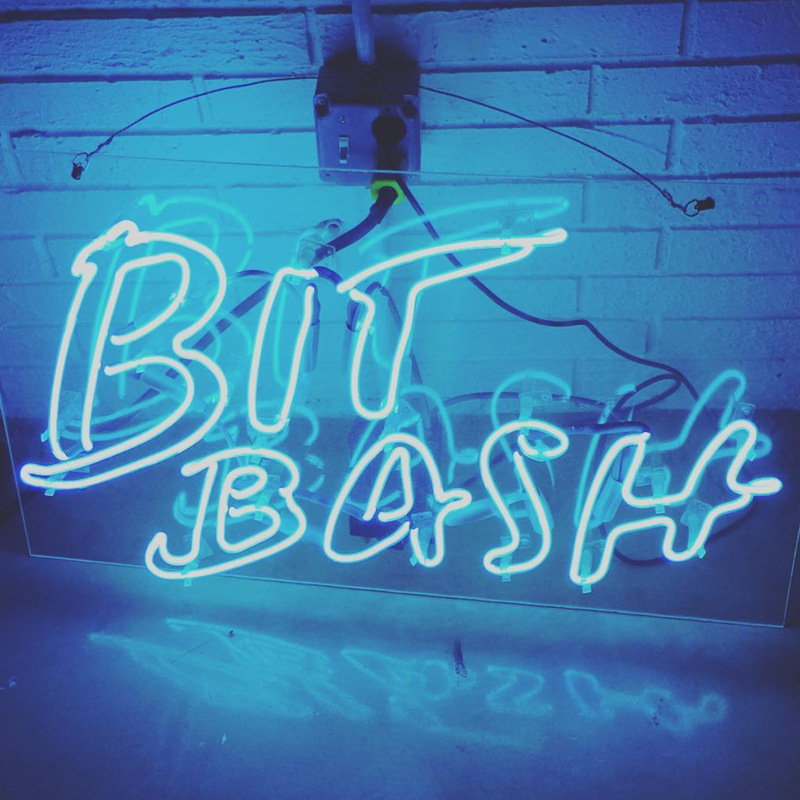 Here at Threadless, supporting independent artists will always be our favorite thing. So naturally, we dig indie video games…kind of a lot. And so do our fellow Chicagoans over at Bit Bash. From small pop-up events to giant indie gaming festivals (two of which we hosted at our old HQ!), Bit Bash brings indie games that might not otherwise be available to people into a playable, social experience that supports both the indie developers as well as people wanting to discover and experience new games. For gamers? It’s heaven. For non-gamers? It’s ?a whole new worrrld!?

With Bit Bash’s “Little Bash of Horrors” coming up – a Halloween party featuring spooky indie games and sponsored by our own Lance Curran’s Arcade Brewery – we talked to Bit Bash about how they’ve evolved, the indie game developer scene in Chicago, and what spooky indie games people should check out this Halloween. Check out the interview below!

For those who aren’t familiar, tell me a bit about Bit Bash!

We started in the Summer of 2014 with our first event, and that has become our annual summer Bit Bash festival where we’re joined by thousands of people. We’ve expanded to organizing smaller events, including showcase collections at the Museum of Contemporary art, to smaller parties where we combine the social experience around playing games shoulder to shoulder with great music and great people.

Bit Bash actually did an event at the old Threadless HQ last year and the year before! The game Butt Sniffin’ Pugs was quite a hit. How has Bit Bash evolved?

Actually, our first event was at the Threadless HQ in 2014, so in a lot of ways Threadless was a critical partner is getting our whole thing off the ground. We did last year’s main festival there and basically took over the whole warehouse, but I think even then we were stuffin’ those Sniffin’ Pugs in too tight a space. Since then we’ve moved to a larger venue and we may move again until we find a place that feels as much like home as Threadless did.

What are some games Bit Bash has hosted that people have seemed to really be attracted to?

I think the games that you can only play properly at Bit Bash have the greatest impact. Games that require custom hardware to operate are always a big hit because it breaks down that “how do I operate this thing” barrier typical game controllers have, especially if “how do I operate this thing” is the point of the game. When we show off VR or Augment Reality stuff, it has a similar effect because it’s a new experience for most.

We also focus a lot on creating that experience where you’re shoulder to shoulder with other people, working together, or fighting each other, and it feels like you’ve created a social space using the game world. Such an experience is becoming rarer, so bringing it back, especially in a space where you’re playing with your friends and random people who join you and share in something meaningful…it’s magical.

I’m particularly proud of the games we show that have a strong emotional experience or poignant social commentary. When someone walks away impacted by one of those games it feels like we’ve just done something important. It’s using an interactive medium in a paramount way.

It seems like indie gaming has just blown up – what’s the atmosphere in the indie game development scene right now?

The indie gaming scene feels the same way it always has; idealistic and boundless.

I’m not sure the scene has changed that much lately, but I know at least in Chicago after we’ve begun putting on Bit Bashes a whole community emerged of people really into this kind of work but weren’t interested in creating it and weren’t “gamers”. I think this is where a lot of that new energy is coming from now that people are realizing that there are more to games than guys with guns and sports.

Bit Bash started here in Chicago –  Why Chicago? Does Chicago have a big indie game developer scene? I know that Organ Trail’s Hats Productions is here, and they have an Artist Shop with us!

Chicago is the best place to create indie games right now. Part of it is that a lot of the big Chicago game studios fell apart, but a lot of that talent stayed here to form smaller teams or work alone, and that created a scene that was very experienced and was now able to focus on creating riskier and more avant-garde work.

Furthermore, Chicago is an inspiring place. The same work-ethic and culture that combines the technical and creative that made architecture so prevalent here seemingly extends to every new endeavor that finds a home here. Even the academic atmosphere in Chicago has a wonderful mix of art schools colliding with technical schools alongside strong research universities. You don’t have to look very far to find talented people to form your team.

You have Little Bash of Horrors coming up soon! What games will be featured there?

SPOOKY SELFIE! A game where you take selfies as a skeleton! Everyone should come and play it! Crawl by our good friends at Powerhoof which really nails that multiplayer social experience, as players fight a world possessed by other players.

Chicago-based Phosphor Games is brining their room-scale Virtual Reality experience titled The Brookhaven Experiment which pits you against waves of monsters that you need to fight your way out of.

And of course we have a number of games like Anatomy by Kitty Horrorshow where you put on some headphones and get your attention captured by something really intense.

for people to play this October?

If you can’t attend our event, I’d recommend checking out which games we’ll be having at Little Bash of Horrors on our website. Many of them are free or within that <$5 price range, but I can attest they’re all quite excellent.

Tickets for Little Bash of Horrors are on sale right now on our website so grab some while you can before they sell out. Ghosts enter for free…as long as they sign up for our mailing list.