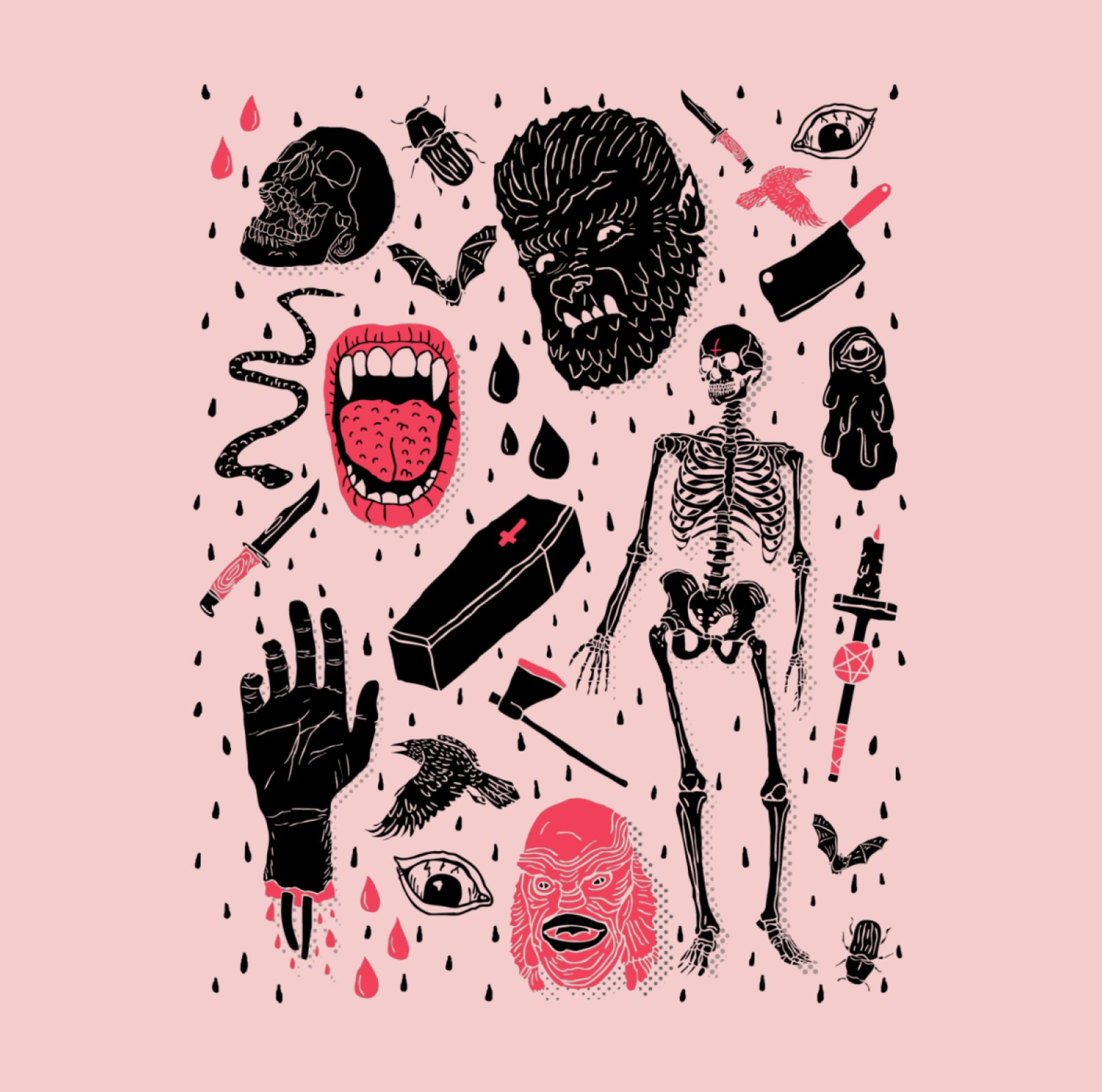 It’s every geek’s dream to go to San Diego Comic Con, a.k.a the nerdy promised land. But Artist Shop owner Josh Ln didn’t just get to go to SDCC – his art was selected to be featured in a special gallery held by the Con for Star Trek’s 50th anniversary. Naturally, we think he’s a pretty cool dude. We talked to Josh about his spooky, geeky art, his Artist Shop, and asked him the biggest questions of all: Kirk or Picard and Star Wars or Star Trek?

Check out what he had to say below!

It would be hard for me to pass up living in Futurama. Because it’s the future, practically everything has been invented (time travel, faster than light travel, robots, virtual internet…slurm). I don’t think I would ever be bored. Also, when my body gives out to old age, I could live in a computer simulation or be a head in a jar! It doesn’t seem super safe but what universe does?

You had a piece featured in the official Star Trek 50th Anniversary art show at SDCC! What was that like?

I can’t begin to describe how honored I was to be a part of that show. I thought it was really cool of CBS to reach out to artists they knew were huge fans of
Star Trek. It was such an amazing collection of artists and you could feel each artist’s love for the show through their piece. I thought it was really representative of the show’s impact on creatives. I couldn’t be more proud to have been a part of it.

What made you decide to open up an Artist Shop!

I’ve always been a fan of Threadless and their curation. I saw Artist Shops pop up and thought, “I want to be part of that.”

How did you choose which designs to include in your Artist Shop? You have so many good ones!

I picked what pieces have had success in the past and what I thought worked best for t-shirts. But now that the Artist Shops have expanded the products available, I will need to add more art that is not just good for t-shirts!

Your collections – like “Artifacts” and “Hieroglyphics” – are rad. Which ones have clicked with people most so far?

I really enjoyed creating my “Hero-Glyphic” series. It was a lot of fun researching and posing all of these pop culture icons in classic forms. Ancient Egyptian art is such a large and important part of human history, and it’s something everybody immediately recognizes. It’s definitely clicked with more people than anything else I’ve worked on.

I do! I work for a company that specializes in men’s outdoor apparel (think camo, deer, Ford, Chevy, tropical shirts). I don’t think anybody would recognize that art that I do for them. My true passion is the art I create after my 9-
5.

How did you develop your style?

I focus on concept consistently. I’ve always believed if I have the concept, the art will follow. My work stays a little whimsical and rough around the edges because I tend to play around with my style. I’m not afraid of imperfections; I think they make the piece a little warmer and fun.

Gotta ask: Kirk or Picard (and why), and Star Wars or Star Trek (and why)?

Picard. He approached situations more logically than Kirk and took less gambles with his crew. Also, he was more respectful of women. J Kirk did have that wicked two hand punch to the neck thing working for him though.

And I gotta say Trek over Wars. I love both tremendously but I think sci-fi is a great tool for human beings to use as a guide to our own future. What better guide than Roddenberry’s optimistic vision of the future?