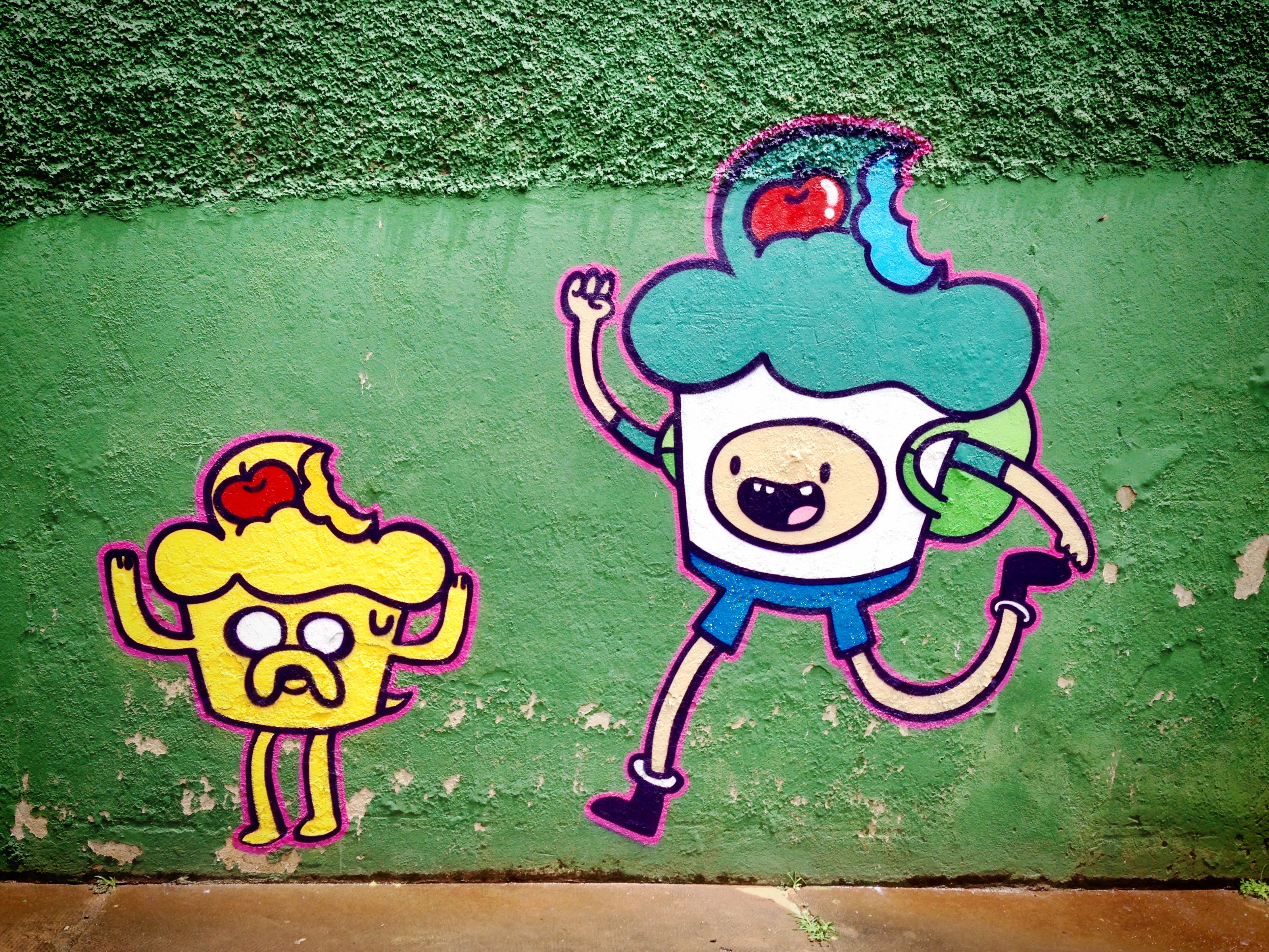 The streets of my hometown Belo Horizonte (the capital of Minas Gerais, in the Southeast of Brazil) are getting sweeter. A craze of cupcakes have been decorating the walls, and they’ve got attitude. Created by local graffiti artist Maria Raquel, “Bolinho” can be found dressed as Waldo or being abucted by spaceships  –  and he’s become a mighty popular character around these parts. People became so enamored with these delicious drawings that Maria created a map to pinpoint all the Bolinhos in town – there are over 100! Eager to learn more about her work, I chatted with Maria to get the inside scoop.

How did you get into graffiti?

I got curious about graffiti when I moved to Belo Horizonte, around 2005.  I’m from Itabira, a country town, and we didn’t get much of that over there. When I met my boyfriend, he had already been doing graffiti for a couple of years and I used to join him whenever he was out painting. Eventually I felt like I wanted to leave a mark, too. 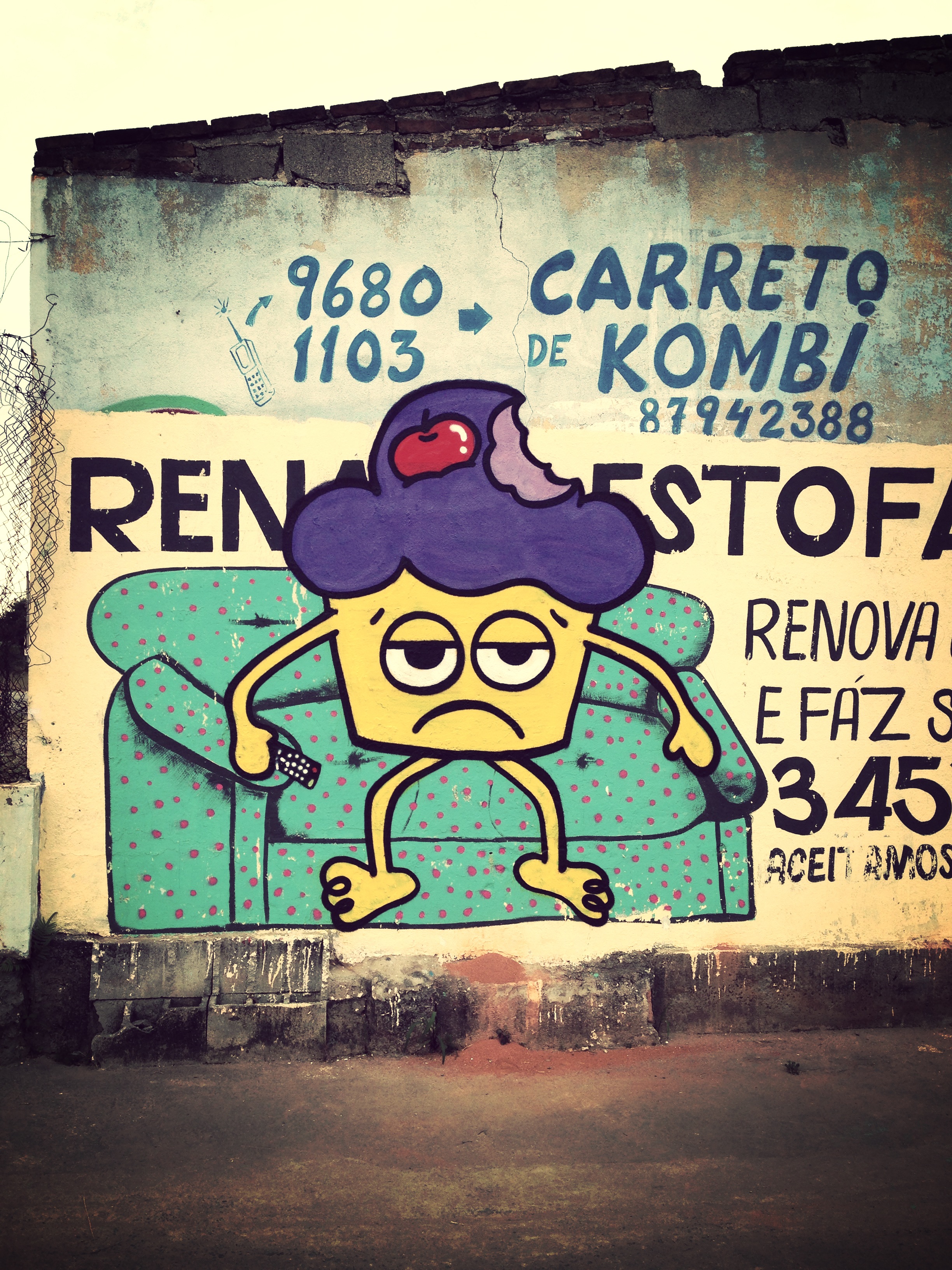 Why did you choose to create a character, and why the cupcake?

I absolutely love cakes! I was raised close to my grandmother, who always had cake in her house; I got that from her. There is also the fact that I think about food all the time. When I was trying to figure out what type of character I should create, the cupcake came to mind. Besides, I didn’t really know how to draw, so a cupcake looked like something easy enough.

How often do you paint a new Bolinho and how do you choose the locations?

I paint them at least once a week. Each drawing takes around 15 minutes from start to finish, so I can usually make three per day. I don’t always plan where to do it, though. Sometimes, I’ll be passing by a wall and think “oh, this could be a good place for a Bolinho”. Other times, I walk around looking for the right place. I prefer to paint on abandoned walls; I think the pale colors and old texture gives it an interest effect, a nice contrast to the brightness and playfulness of the cupcake. 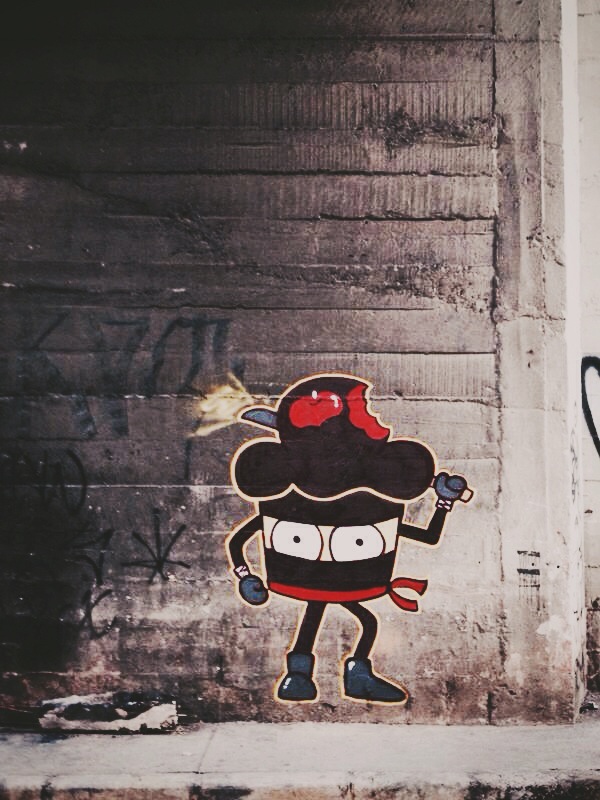 What’s the funniest reaction you’ve received to a Bolinho?

Two years ago people didn’t know the character, so they would just scream, “Hey vandal!”. Now they say, “Hey Bolinho!”. It’s definitely a nice change. The funniest thing is when people stop to give me real cupcakes. This has happened like five times! I can’t figure out why these people had cupcakes with them, but I’m happy they did. 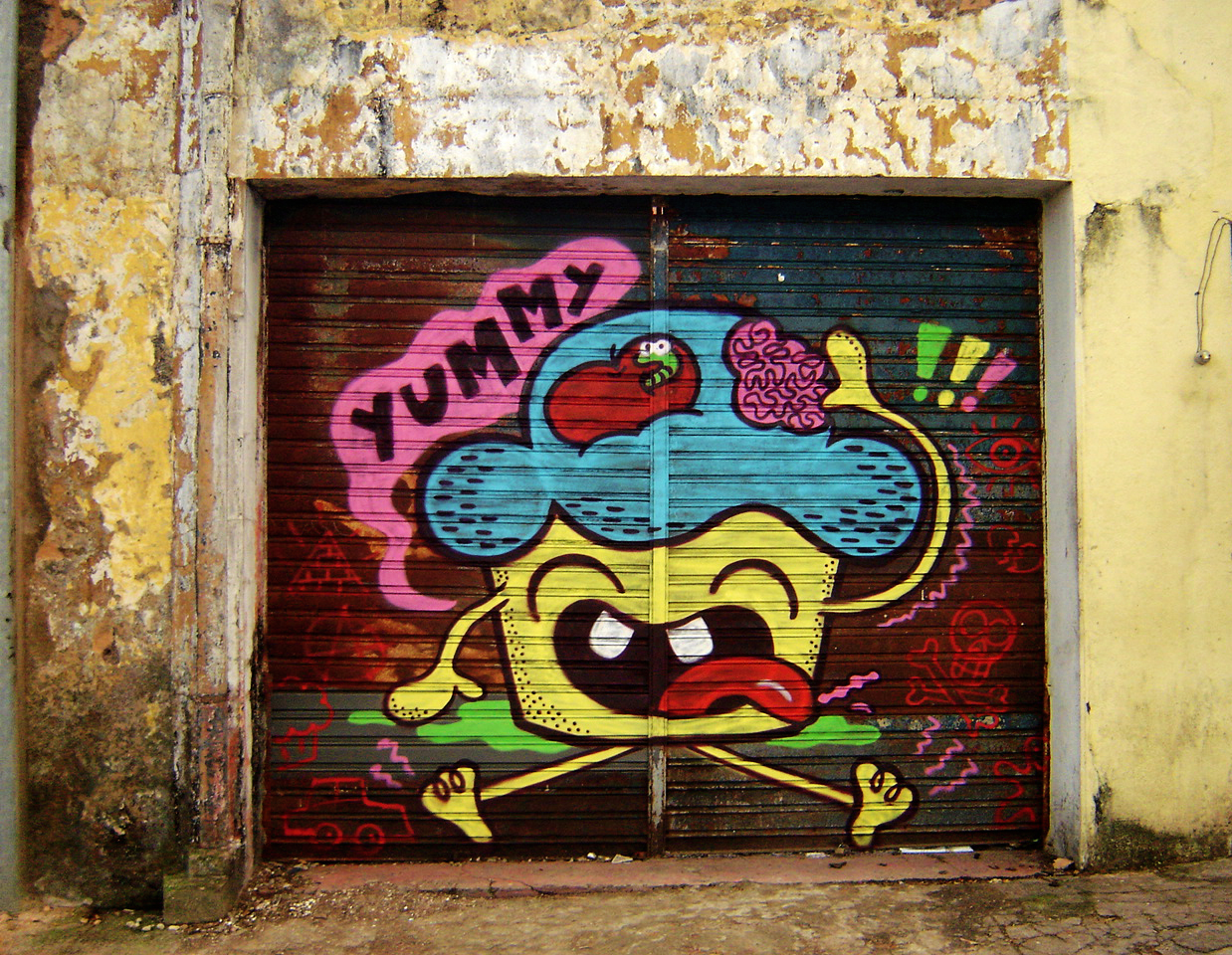 Does the transitional aspect of graffiti bother you? For example, when someone paints over one of your works?

I think it bothers others more than me. Sometimes people get mad, especially in social media, when a wall with a Bolinho drawing gets torn down or painted over. Of course I feel a little bit sad when it happens, but I don’t see it as a problem. The ephemeral nature is part of graffiti; the drawings are not meant to last forever. When I paint a Bolinho, it’s a way to materialize something that exists in my head. So even if it gets erased, it will always be on my mind and with others that saw it and liked it. This is all that matters. Did graffiti change your relationship with the city?

Completely. I think if you’re interested in street art, then you already have a special relationship to the city. The streets to me have much more than just a “passing by” function. It is a place to be; it’s as much mine as my house is. We have to occupy the public spaces and developed a relation of affection with them. 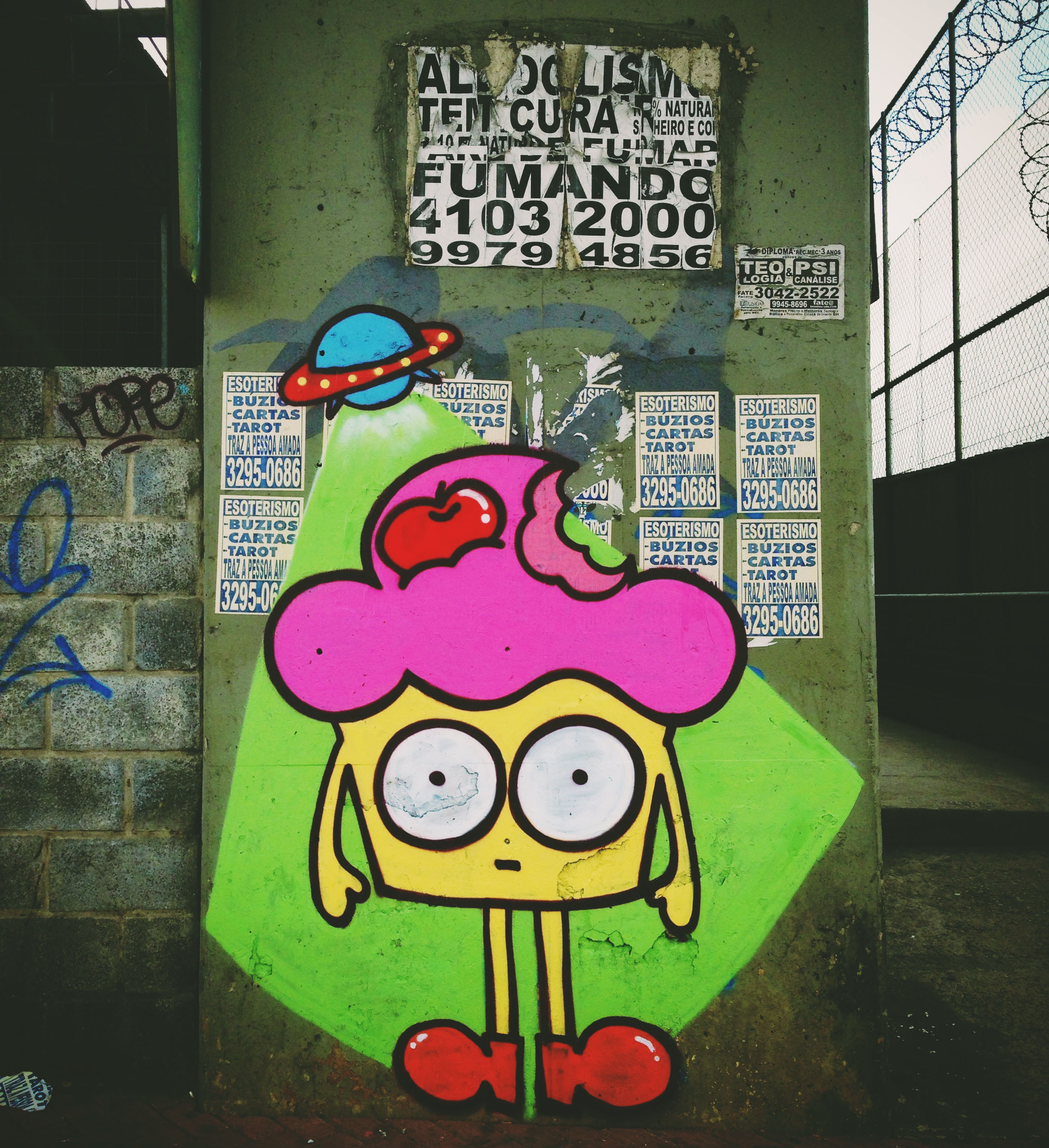