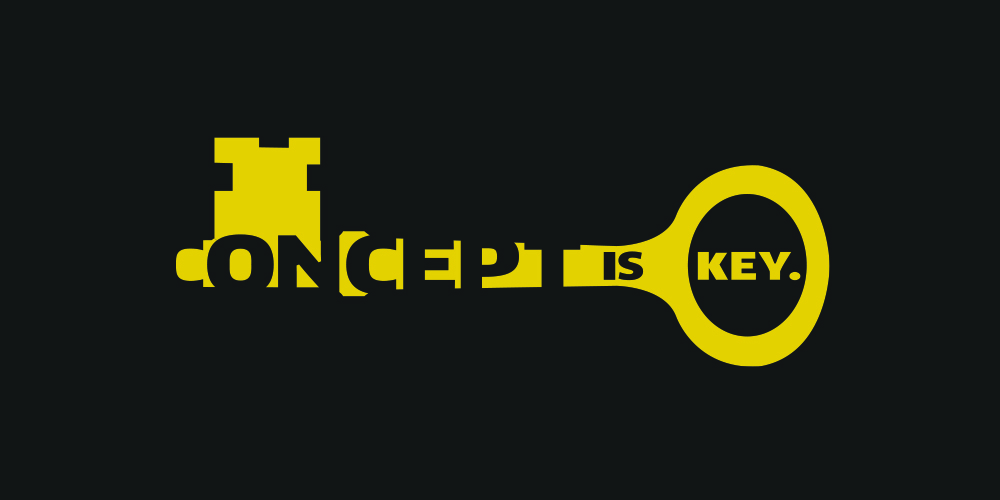 Whilst scrolling through all the awesome t-shirts created by the Threadless community, a noticeable pattern emerged. All the t-shirts are surely visually appealing to the eye, but one influential element separates some designs from others.

That element is the use of concept.

Concept is the raw idea that you want to communicate through your design. I believe “concept is key” because it’s the element that adds depth to your work, unlocking your potential as an effective designer. Containing a larger message, a design backed by a well-thought-out concept becomes that much more relatable and relevant to a wider audience, boosting its overall appeal.

Why is this important for you? Submitting a design to Threadless with a strong concept will likely increase its chances for print. I have researched some of the most printed artists, and found the majority of them employ concepts in their work.

I rounded up a few of my favourite Threadless designs that feature a genius concept as a foundation. To understand the thinking behind the designs, I asked each artist to explain their concept. Read on to unveil the mysteries of brilliant concepts!

David, on the concept behind “Anxietea”:

“I try to make my designs communicate on more than one level. Here’s a breakdown of the levels of ‘Anxietea’:

In the end, each level allows more people to find a connection with the design. Hopefully, this encourages them to hold on to it in some form, whether by sharing it on Facebook or wearing it on a t-shirt.”

Katie, on the concept behind “Scarred Face”:

“I love a good mash-up parody, and it seemed so obvious that Harry Potter was Scarface. Quite simply, the idea had to be parodied by means of the famous Scarface poster.”

John, on the concept behind “The Sound of Silence”:

“This design takes something very familiar, sheet music, and presents it in a way people don’t expect. It’s also, frankly, straightforward: in sheet music terms, a blank sheet of music is the sound of silence.”

Hopefully the above input from talented artists will help you understand their thinking behind effective concepts. And for a little extra help, here are four tips for creating a great concept for your next Threadless submission!

Are there any Threadless designs with particularly strong concepts that you’ve found inspiring? Let us know in the comments!

And in the meantime, good luck creating awesome concepts for your future Threadless submissions!