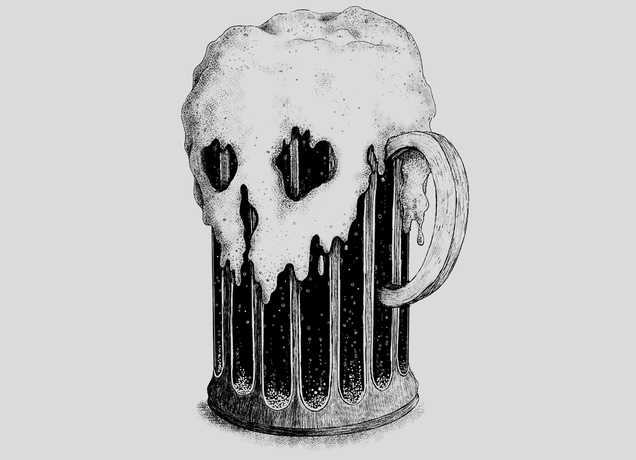 Beer lovers everywhere, unite! Tuesday, April 7 is National Beer Day, so clearly it’s time to celebrate. Finally, a reason to throw back brewskies to your heart’s desire! (You know, because you really needed an excuse before.) Since we love a cold one ourselves around here, we decided to ask the artists behind this week’s new tees the greatest question in the history of beer: “What’s your favorite beer, and why?” Read on to find out their answers, and shop this week’s new tees here!

I don’t think I have a favorite, but I usually drink Red Horse because it’s one of the most common beers here in the Philippines, and I must say it really does the job well. Happy National Beer Day, everyone! “Ito ang tama!” – temyongsky, Siniloan, Laguna, Philippines

RedHorse beer… i like the taste and the kick… :) – Ruel Jun U. Andaya, Lucban, Quezan, Philippines

My favorite beer, although for purely nostalgic reasons, would have to be Singapore’s Tiger Beer. I’m not originally from Singapore, but I did spend the majority of my very handsome and rebellious youth there. Tiger was the ‘go-to’ brew for my rag-tag band of loveable misfits. Many memories were made (and lost) thanks to this golden nectar. Disclaimer: My handsomeness and rebellion may or may not have been overstated in this testimonial. – JOHN2, Brooklyn, NY

That depends on the day and the company.  At the moment, with all the Peanuts subs floating around, I wouldn’t mind sharing a Root Beer with Snoopy…  – NDTank, Daniels, West Virginia

Well this is actually a tough question. We here in Austria take this pretty seriously, since we have the second highest beer consumption per person worldwide. But, I think Trumer Pils would be my favorite choice for the all around beer. – Thomas, Vienna, Austria