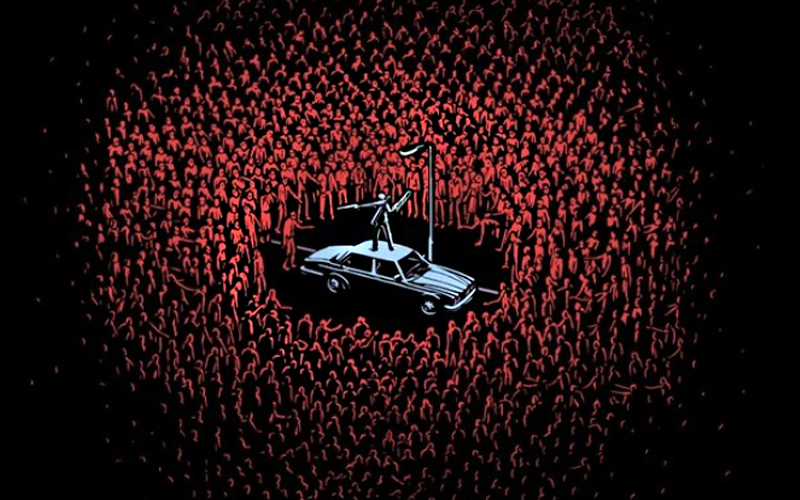 All of your tweets coming in during the show made us feel like we’re all one big happy zombie survival group family fighting for our lives together.

This is weekly thing all TWD-season long, so if you have some FOMO from the past two episodes, join us next week on Twitter using #ThreadTWD!

We’ve broken this week up by themes. And by far the best one was the fact that Carol needs a Snickers, because she goes a little FULL METAL CAROL when she’s Hangry for Casserole.

Carol always the one with the reality shocker. Your Dad was rude and now he’s dead …….. get over it ? #ThreadTWD — MizzMegatron (@MegMKline) October 19, 2015

Besides that, there was character development…

Questionable medical choices. Because at this point in the zombpocalypse, everyone’s kinda ” ¯\_(ツ)_/¯” when it comes to health anyways.

It’s the zombie apocalypse and Carol is reminding people not to smoke. She should be the new Surgeon General #threadtwd @threadless — The Joe Show (@joeshowhd) October 19, 2015

Well we know that if we ever smoke during a zombie apocalypse to do it in the house … Machetes be a punishment #ThreadTWD#TWD — MizzMegatron (@MegMKline) October 19, 2015

Some top priorities for the zombpocalypse, of course:

It’s really impressive that they have a working photo lab during the apocalypse. #threadTWD — Hawke (@batmanjohnson) October 19, 2015

And then of course, we threw some challenges your way! Like our flash challenge, “What does JSS stand for?” And you t-shirt people…touché. We see whatchu did there…

I figured it out, it stands for “Justified stabbing of strangers”. #threadtwd — Hawke (@batmanjohnson) October 19, 2015

And of course, best selfies. These will be hard to top next week. So we dare ya.

And finally, congratulations to our two winners of the night! Although I think we can all agree that the real winner was Carol…because we’re afraid of what she’ll do to us if we don’t make her the winner…

Featured photo is “The Horde” by Aled Lewis