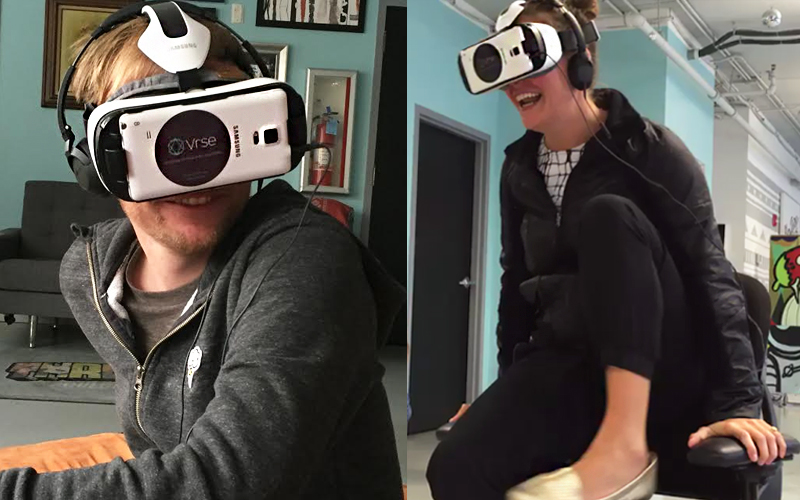 Remember back in the olden days of 2009 when movies like Avatar seemed like pure science fiction? Well with Oculus virtual reality (VR), the tech of Avatar is virtually reality…minus alien smurf cats.

And we got to take one of these babies for a ride. 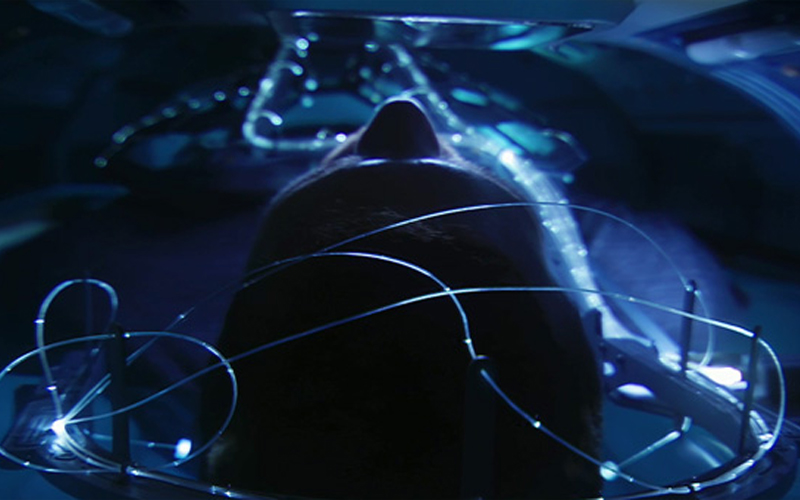 To clarify, we didn’t test out the “Oculus Rift” as the title suggests…that pun was just too much to resist.

We used the Oculus Gear VR which, besides hooking up to a Samsung phone instead of a video game console, does virtually (ha) the same thing as the rift: transports you into whatever you’re playing/watching in full 360.

Professional me: It was ripping good fun, what a time to be alive.

Nerd me: SHUTUP AND TAKE MY MONEY, MY LIFE IS CHANGED.

Going full-metal-nerd here, it’s sci-fi tech coming to life. You feel like your body and mind are existing in two different realities – similar to what I imagine transitioning from N’avi to human would be like in Avatar.

“We make a VR film by creating a story and then capturing it completely in 360 and stitching it together to make it seamless,” Jim Waldron, a rep for VRse Works, told me. “So you are put into a story that you can experience like you’re actually there.”

Naturally, one of the funnest parts of the Oculus isn’t wearing it…it’s watching other people wear it. Especially when they’re watching a horror film.

Personally, I’m especially excited to test it out with the real reason it’s hitting the market – gaming.

“Virtual Reality has been around for some time but it’s now starting to become mainstream due to the gaming aspect of VR,” Waldron says. “Xbox and Playstation will both be launching VR games and head sets due out at the end of this year and beginning of next year.” He even said that there’s been rumors of Apple dabbling in the VR world…we shall see.

Once you’ve had a taste, it’s hard to brush it off. So until the Oculus Rift comes out for the Xbox and the Morphius for the Playstation comes out, I’m gettin’ me a Google Cardboard.