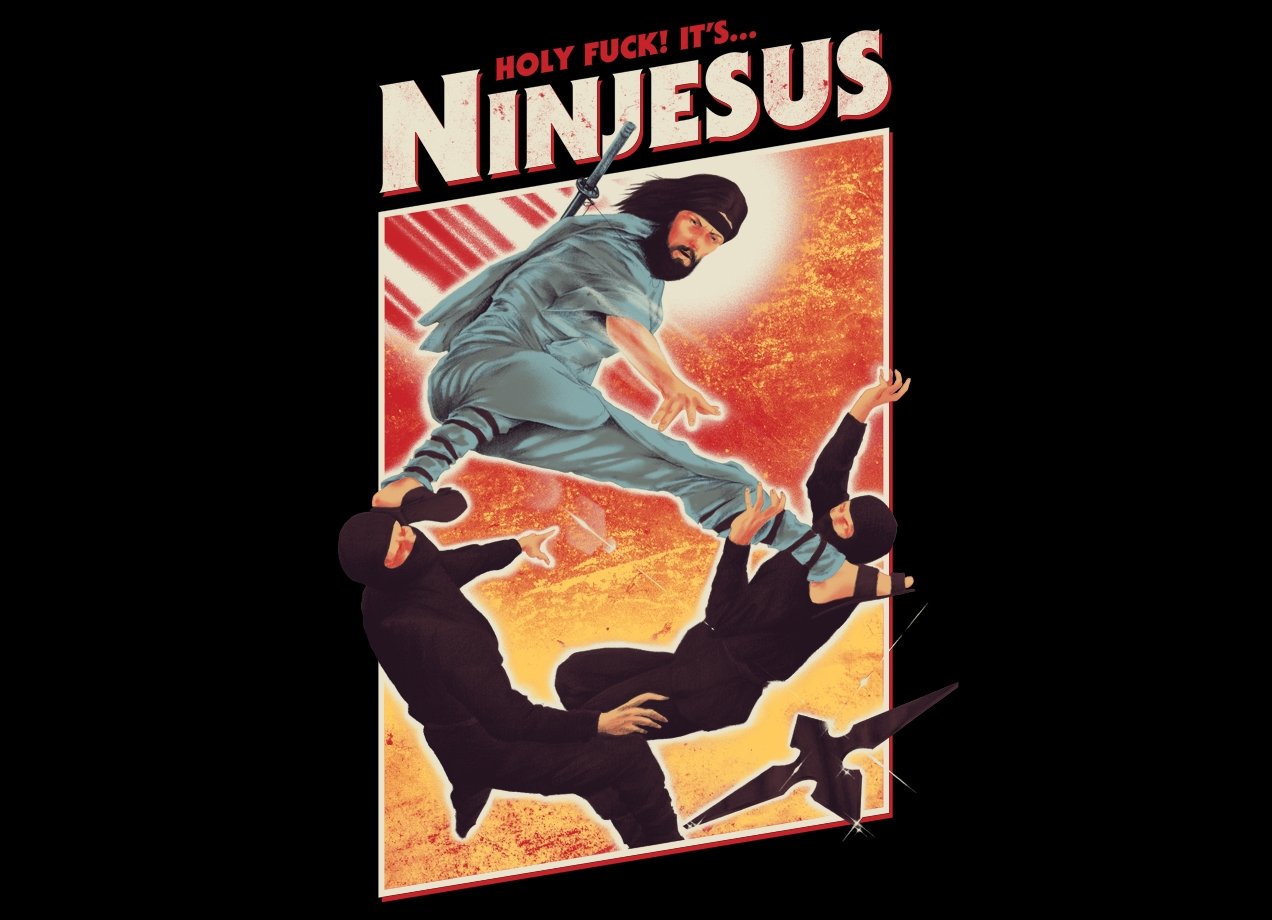 All’s been as chill as Jesus-character’s beanie-wearing, hippie-haired look the past few episodes of The Walking Dead…too chill. Which can only mean that shit’s about to hit the fan(s).

‘Til then, let’s take a look at some of the things that happened for this chill episode, and embrace it, people. Embrace the chill while you still can.

(And as per yeuze, live-tweet with us using #ThreadTWD on Sundays! One of us, one of us.)

With nothing much else going on, Jesus has truly taken the wheel for this episode in terms of what we’re focusing on…mainly his beanie and meticulous hair.

I bet Jesus is bald under that beanie. #ThreadTWD #TheWalkingDead #TWD

Why is everyone always so sweaty yet Jesus wears a knit cap and a leather trenchcoat? #ThreadTWD

Jesus’ hair is so beautiful and his hat so meticulously placed, he must be the son of God…or Jared Leto #threadtwd — Jamie Curran (@jambourgini) February 29, 2016

Jesus is going all Yoda on the camper, “Judge me by my manicured beard and immaculately clean beanie, do you?” #threadtwd #TheWalkingDead — Lance Curran (@wearecareful) February 29, 2016

Let’s just pray he and his beanie take the wheel when things start to inevitably turn sour in the (near) future. Kinda like the end of every Undercover Boss…

But how does Jesus still have ombré highlights during the apocalypse?? #aintnobodygottimeforthat #threadtwd — morgan (@morgamazing622) February 29, 2016

Alert! There is more hair under there! #threadtwd https://t.co/Fjp6qi6kuw — Threadless (@threadless) February 29, 2016

Then after Jesus, we’ve got fellow biblically-named fellow, Abraham. Who can’t stop making incredible innuendos about everyone else’s sex lives. And for that, we thank you, Abraham. Everyone else in the world may be dead, but Abraham’s keeping gossip very much alive.

POURING THE BISQUICK. Abraham you are perfection and we don’t deserve you. #threadTWD — Hawke (@batmanjohnson) February 29, 2016

And remember how I mentioned that whole “shit’s about to hit the fan(s)” thing? Well…here’s a hint (***Possibleish spoiler alert? Kindasortanotreally?)

I’m excited for Negan to show up. Like sexually, not because he’s going to murder the shit out of someone. #threadtwd #JeffreyDeanMorgan — Alex (@alleycat2007) February 29, 2016

Negan has the saviors but they have Jesus #threadtwd #thewalkingdead — Lance Curran (@wearecareful) February 29, 2016

If this ep, by the way, felt kinda familiar, that’s because it kinda is. We all learned this lesson from A Bugs Life. And while that had a happy ending, this isn’t Pixar, you guys. Although how amazing would a Pixar zombie film be…get on that, Pete Docter.

Soooo this is pretty much the zombie version of Bug’s Life- the warrior bugs are gonna fight the grasshoppers #threadTWD — Lindsey Pyne (@pynestuff) February 29, 2016

And I didn’t know where to put this one but damn it, I like it and you probably will too:

And finally, we have our winners this week for best selfie and best tweet! Until next time, everyone…zompocalypse-Jesus, save us all…

tweet of the night! We’ll DM you. Thanks for playin’ everyone! See ya next week! #threadtwd https://t.co/LSaPBfl69G — Threadless (@threadless) February 29, 2016

Selfie winner! (In probably his 29th win for this category…y’all are missin’ out on some cash here:) ) #threadtwd https://t.co/ptajfxS3R2