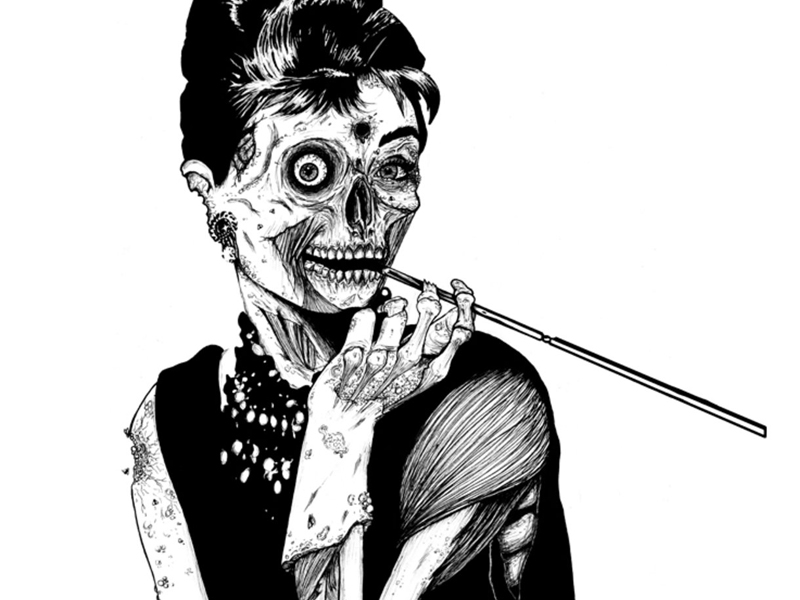 Remember how calm the last two episodes were? Yeaaaah…that was never gonna last. The calm before the storm has finally given way to the ominous rumble of thunder. And all signs point to sh*t only getting more insane…CUE IMPENDING FEELS.

But for now, we’re still lol-ing about the fact that this past episode, we all made the Romantic Comedy into the Romantic Zomedy, with the flash challenge: #ZombieRomanticComedy.

Check out some of the punderful tweets for it below, and leave your own. And as per yuge, be antisocially social with us every Sunday and live-tweet #ThreadTWD with @Threadless on Twitter!

The highlight of the night was without a doubt our #zombieromanticcomedy flash challenge. If we could give out an award for literally everyone who tweeted this, we would. Because Threadtwd-ers, you were truly punderful.

But we gotta give some love to some other parts of the episode too. Like domestic Carol, just cookin’ up some acorn cookies. Aw yeee.

Then we had Eugene. Daaaaamn, Eugene! BACK at it again with them one-liners!

And we DID get a lil’ extra selfie-ing going on too with these super creative (and adorbs) selfies:

And finally, we had THREE winners for this episode for “tweet of the night,” “best #zombieromanticcomedy tweet,” and “selfie of the night.”

Tweet of the night winner! #threadtwd We’ll DM you. THANKS EVERYONE! SEE YA NEXT WEEK. https://t.co/MKiqj1gZdC — Threadless (@threadless) March 7, 2016

A big undead thank you to everyone who participate this week and ALL the weeks! And for those of you who didn’t, this is your FOMO cue. We have fun. You (hopefully) like fun. Live-tweet with us and have fun times!