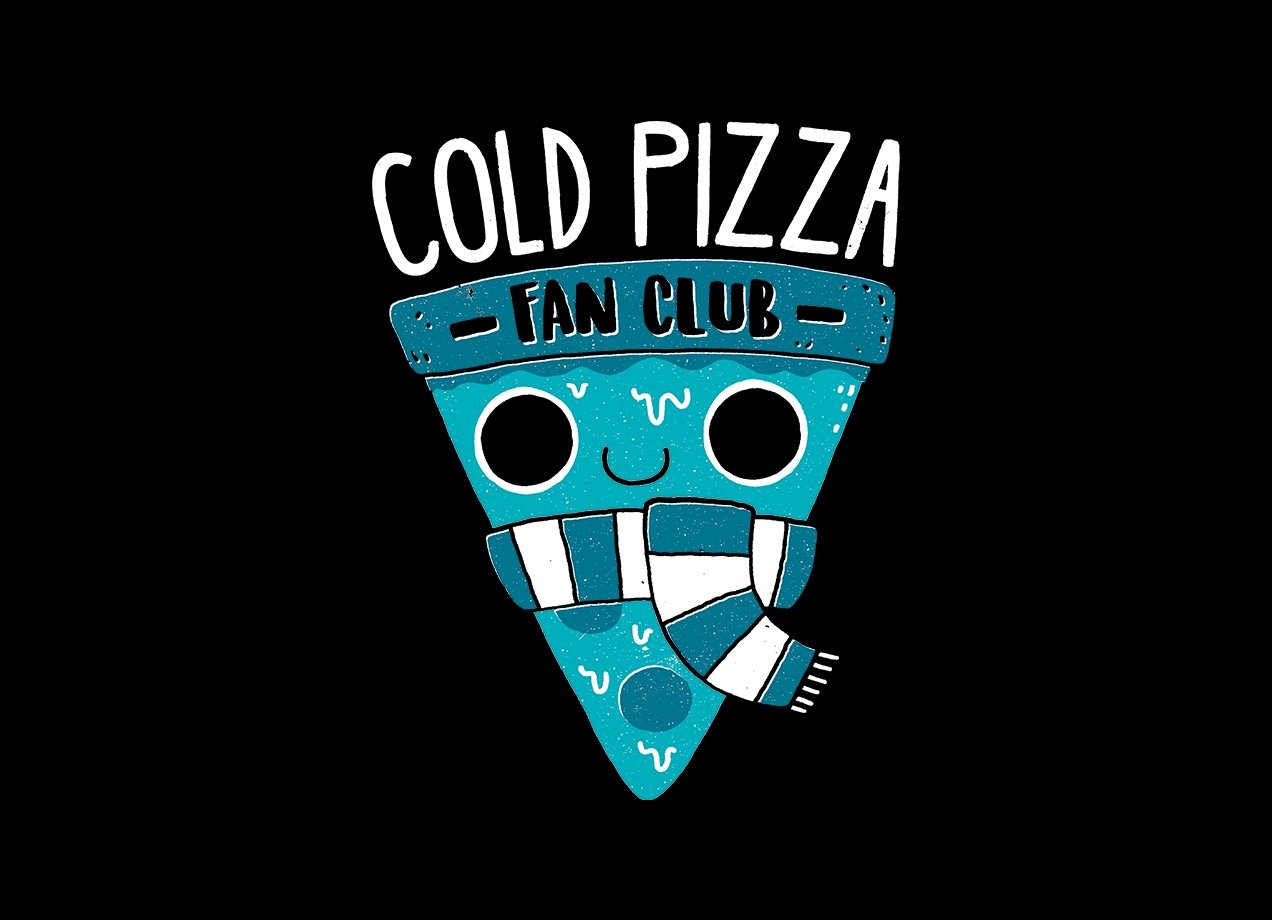 The best opinions are the unpopular ones — the statements that stir a fury in a crowd of opposers. We all have our favorites, but some seem to stand out more than others. We checked in with the winner of our Unpopular Opinions design challenge, Michael Buxton (@DinoMike), who created a beautifully controversial design that’s sure to strike up a debate.

First off, tell us more about your love for cold pizza!

So here’s the thing, I hate cold pizza! But I know that a lot of people (including my girlfriend) would die for it. I knew that the subject matter would be really divisive. It was kind of weird designing something for a subject I didn’t like, but I softened the blow a bit by giving the pizza character a really dumb face.

What inspired you to enter this design challenge?

I thought the challenge of designing something wearable that would be unpopular to a lot of people was a really interesting one. It had to be something that had a strong fan base, and I thought something food-related would be a good choice. The obvious choice is something like pineapple on pizza, but that’s been done a bunch of times. I went with the terrifying minefield that is cold pizza.

Nothing too crazy. I hash out a few rough ideas, then keep tweaking and refining them until I think they’re working. Once I’m happy with the concept, I’ll decide which technique will best suit the idea and then get drawing up the final design. All of my work is produced digitally, but I always start off with a foundation of drawing to avoid it looking to computer-y.

Do you have any other favorite unpopular opinions or hills you’re willing to die on? What are they?

Well for some reason I’m a big fan of the utterly terrible Judge Dredd film that Stallone made in the 90s. Oh, and I think ketchup on mashed potatoes is absolutely fine, and I’m sure 100% of people will agree with me.

Is there anything or anyone in particular that you draw your creative inspiration from?

All over the place really: films, TV, children’s books. I tend to try and stay within my own interests, which is why there’s a lot of horror movie references and dinosaurs in my work. I also follow a huge amount of ludicrously talented artists on Instagram, and they’re all incredibly inspiring.

I’ve got a few book projects being published this year which I’m super excited about. I can’t really reveal too much about them yet, but once they’re out I won’t shut up about them. So apologies in advance.

I saw a panda in a zoo recently and those guys are a lot smaller than you think.

Marketing Communications Coordinator @ Threadless. Collector of notebooks. Talk to me about your favorite Led Zeppelin album.