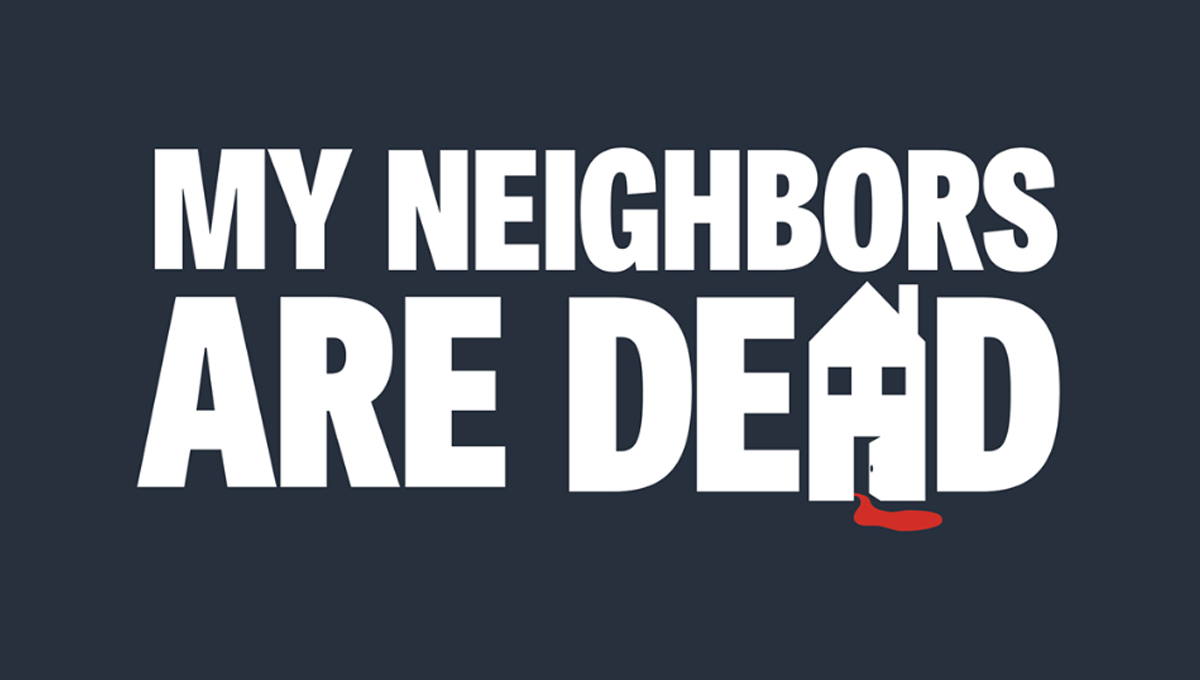 “The podcast is coming from INSIDE the house!” Have you ever watched a horror movie and wondered, “but what do all the vacationers on Amity Island think about their vacation getting ruined by a shark?” or, “did all of the neighbors in Poltergeist freak the eff out when the Freelings’ house straight up crumpled out of existence?” Luckily, comedy podcast My Neighbors Are Dead gets to the bottom of these questions weekly by going straight to the source and interviewing the characters existing on the sidelines of your favorite bloody movies. This improv-based podcast may be fresh on the scene but has already been recommended by AV Club and Splitsider, and should definitely have a place in your podcast lineup (just in time for Halloween!)

We talked to host Adam Peacock and producer Nate DuFort about how the show came about, which of their comedy rockstar guests have made it hardest to keep it together while recording, and about which characters totally changed their view of certain horror flicks. Check out the interview and listen to the podcast here and here!

I love your podcast, I’ve been hardcore bingeing it! How did the idea for My Neighbors Are Dead come about?

AP: Thank you very much!

AP: I always just thought it was funny to think of the people in the neighborhoods where these awful killings took place and how it impacted them. Would they be horrified? Why didn’t they do anything? What would they do to prevent the same thing from happening to them?

ND: I remember Adam coming to me with the idea and us just cracking up throwing ideas back and forth. I knew right away it was something we had to make happen.

AP: Before Chicago, we started out in Detroit. That’s actually where Nate and I met. We were on the same touring company at Second City. He was an actor, I was the stage manager and I was terrible at it! I just wanted to be working in that building.

ND: We were lucky at the time we were coming up to have amazing theatres like Planet Ant and Second City in Detroit where we could take classes and watch people we looked up to, not knowing that one day we’d get to work with them. When we came to Chicago, Adam stayed on the acting path and I got more into directing and producing.

Is there any character on an episode of your podcast that completely changed the way you view the horror movie they were ‘from’?

AP: I think the one that really did that for me, at least, was the episode we did with TJ Jagodowski for the film Fright Night. He was the first character that almost seemed completely removed from the events. It made me think that aside from the other thoughts and feelings these characters might have about the movie’s events, there are some who might just not care.

ND: I would say the Barry Hite episode from The Ring. Barry played the lawyer for Zenith televisions who was only there to stress that his client was in no way responsible for the grisly deaths. It really made me think about not just those impacted by the violence, but those truly on the sidelines – in this case, dealing with the legal fallout of these atrocities.

What guest has it been hardest to keep your composure with?

AP: Tim Baltz and Katie Rich were really tough to do. They’re both just so damn funny.

ND: We’ve had so many great comedic minds – it’s hard to pick just one.  A recent guest, our old friend from Detroit Marc Evan Jackson, killed me again and again with the specificity of his character choices. He even created a personal catchphrase within minutes of recording.

Have you always been into horror movies?

AP: As far as I can remember. I really discovered horror when I was a kid and I’d spend the night at my grandparents’. My grandfather worked for Ford Motor Company and someone he worked with would get him a VHS tape with three movies on it. More often than not, they were horror movies. So after they would go to bed I’d sneak into the living room and watch one. Their furnace would tick at night and I always thought it was the hand from the House VHS cover. I guess I still do.

ND: Anything by John Carpenter. Even the not so great ones. There’s something about the way he can build and release tension that laid the groundwork for so much we see today.

AP: My favorite scary movie is Halloween 5, for no reason other than my mom took me to the theatre to see it when I was a little too young for that. I remember there was a group of rowdy teenagers in there and someone kept lighting a lighter before the show. The crowd was super into it and I remember thinking my mom was so cool for taking me. Plus, Paul Rudd is in it and that “Fools Shine On” song holds up!

ND: That was a way better answer than mine.

What was it like doing an episode with Paul F. Tompkins! How did that come about?

AP: Paul F. Tompkins was incredible. It goes without saying how funny he is, but he could not have been nicer and more willing to do whatever.

ND: What was even better was that we got to do it with Tawny Newsome who we knew from working with at Second City.

AP: She’s the best! She actually suggested the three of us do an episode together, and I guess Paul had heard an episode or two and agreed to the show.

ND: And we can’t forget that it really became a live show due to the amazing support of PJ Jacockes and the folks at the Detroit Improv Festival.

Your interviewee from the Jaws episode, Asher Perlman, is on an upcoming Comedy Central show! How do you find the guests for your show and how do you pick which horror movie would be the best fit for them?

AP: Asher and I toured together as performers with the Second City. We’ve been lucky enough to meet a whole lot of really wonderful and funny people in Detroit and Chicago.

ND: So, for the most part, we are working with our friends. We typically have folks pitch us a movie or two and a premise. We agree on our favorite and improvise from there.

AP: Beyond the premise, we try to do as little pre-planning as possible.

Do you have any special episodes planned for Halloween time?

AP: This is our favorite time of year, so we have a lot in the hopper.

ND: Throughout October we will release two episodes per week (vs. just the one) and will have a bunch of new merch available just in time for Halloween.

AP: Thank you so much! I hope you keep up with the show and we look forward to doing more.

ND: Yeah, thanks again for having us.

Check out the latest episode on Room 237 with Chicago’s Sarah Shockey and Marty DeRosa (who also have an awesome podcast, Marty and Sarah Love Wrestling)!