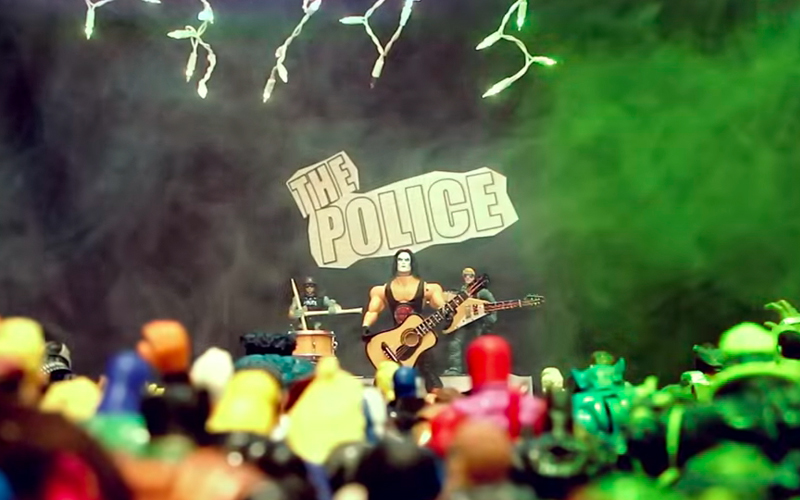 What do stop motion, action figures, and the Teenaged Mutant Ninja Turtles all 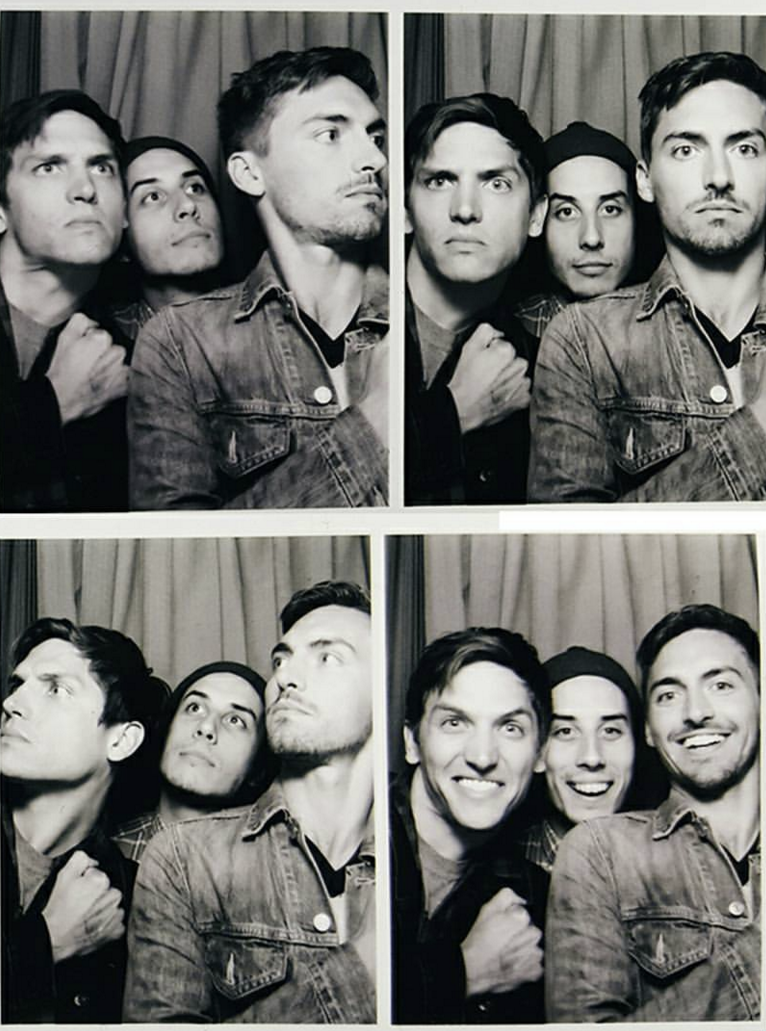 have in common? 1: They’re all awesome and B: they’re all featured in a dope music video made by our very own Alex Ward.

For a cover of “Next to You” by The Police, Alex and his band The Noise FM put their own twist on the music vid by doing the whole thing in stop motion with action figures, which they already owned because the nerd cred is strong with these guys.

We talked to Alex about The Noise FM, the insane struggles of stop motion, and the ultimate showdown between Teenaged Mutant Ninja Turtles and the Ghostbusters (if it ever came to that).

Check out our interview below.

Did you and your bandmates choose whatever action figure was going to represent you guys?

Surprisingly we couldn’t find an action figure of the musician Sting, so we figured Sting the wrestler was the next best option to play the main character in the video. I guess in the music video we’d be his backing band; the police officers with “Police” written across their chests. It’s not the most subtle video. 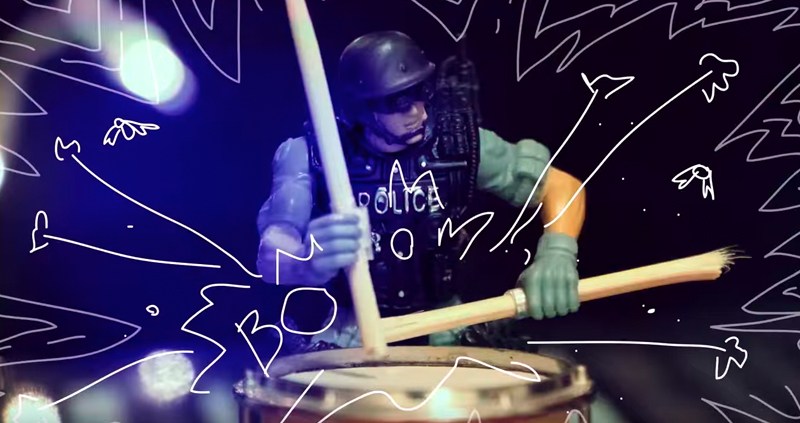 Where’d you get all the action figures?

My brother Austin Ward is the drummer in The Noise FM and ALL of those toys were from our childhood. Most would be worth real money had we not opened all the packages and modified their costumes with Sharpies and paint. 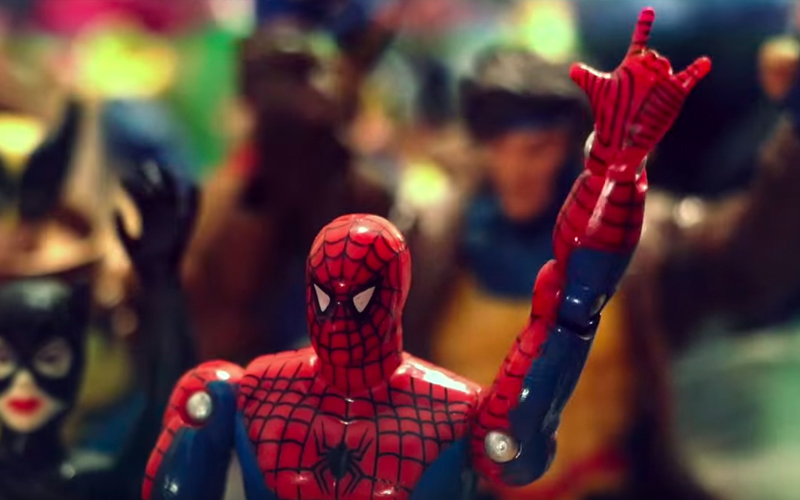 The toys were in storage in our garage back in our childhood home in Kansas. My mom was a real good sport about doing a Skype session while I had her dig through the garage and I instructed her on which toys I wanted her to ship up to Chicago. We had to leave behind the Ninja Turtles’ Pizza Shooter and the Ghostbusters fire station due to shipping costs.

How did you come up with the idea?

A year ago we were home for Christmas in Kansas during a snow storm. There isn’t a heck of a lot to do back in our hometown, so to kill time I started shooting a stop-motion version of the nativity story using X-Men, Alien and Robocop action figures for our band’s Instagram account. I didn’t think anything of it at the time but my mom seemed pretty horrified by it. I think the turning point for her was when a sentinel ate baby Jesus and Wolverine had to use his claws to dig Jesus out of the sentinel’s chest.

How long did making the vid take? Stop-motion ain’t quick!

Oh man. Had I known how long this project was going to take I may have chosen a different video concept. I started shooting back in February and was still working on it the night before we released it in December. Needless to say it’s our first, and last, stop-motion music video. 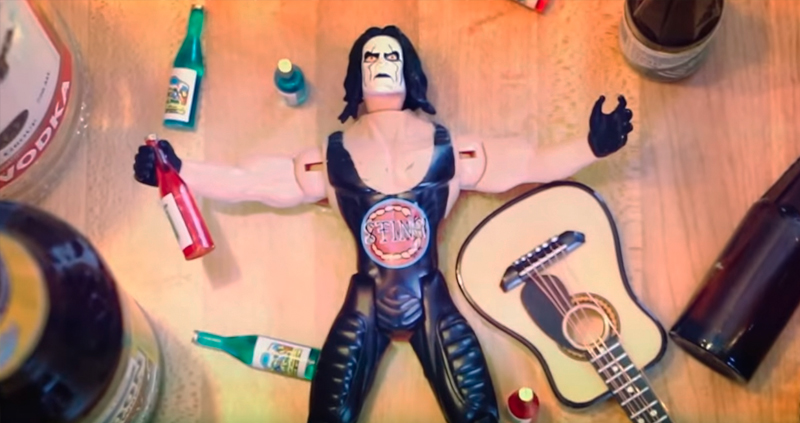 Where did you film the music vid?

I shot the music video in my room. For months I crawled over hundreds of toys, cameras and lights to get to my bed. I’m sure I looked insane. I felt insane. 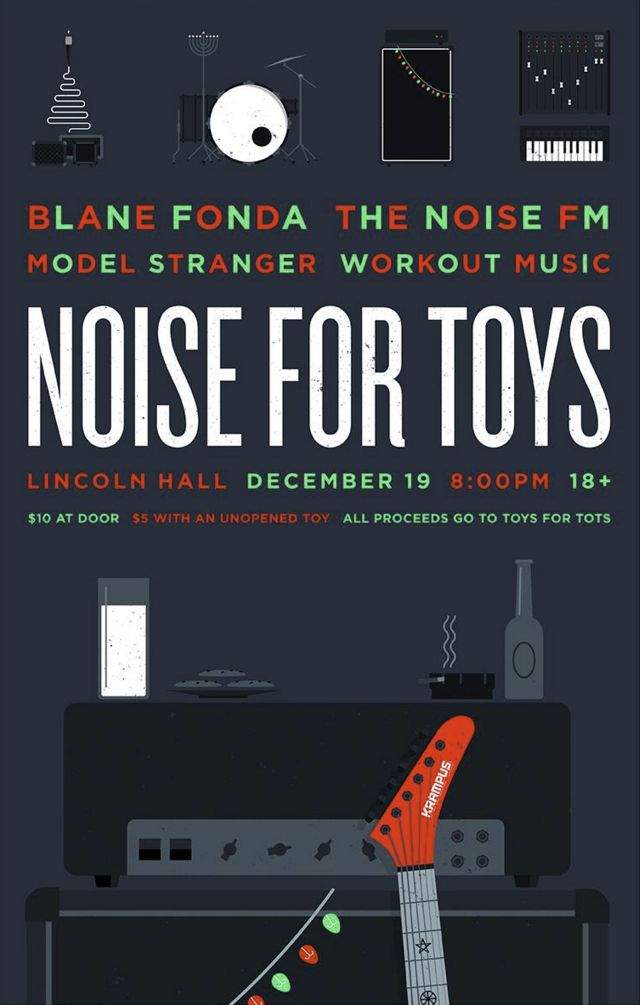 Where are you going on tour?

We’re finishing 2015 with our annual Noise For Toys Benefit Concert at Lincoln Hall in Chicago on Saturday, December 19. All proceeds benefit Chicago Toys For Tots. 8pm. Wear an ugly Christmas sweater and join us for a great cause! Our next tour will be in March when we travel to Austin, Texas for the South By Southwest festival.

Where did The Noise FM get its start?

The Noise FM originally started in Lawrence, Kansas while attending Kansas University before we moved to Chicago in 2010.

Where can people find out more about you and your music? 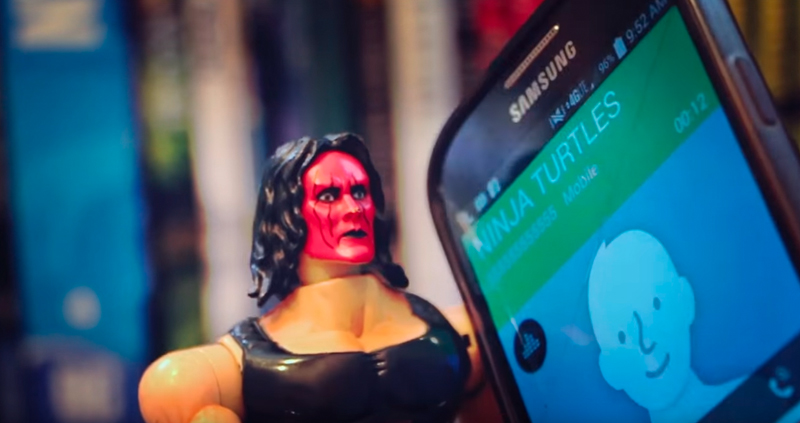 Most important question: who would win – a single Teenaged Mutant Ninja Turtle or the whole Ghostbusters squad?

The question of Teenage Mutant Ninja Turtles versus Ghostbusters has weighed heavily on me since I was 6. However, I’d have to say that a single Ninja Turtle, while formidable, wouldn’t be able to compete with the technological advantage the Ghostbusters would have.