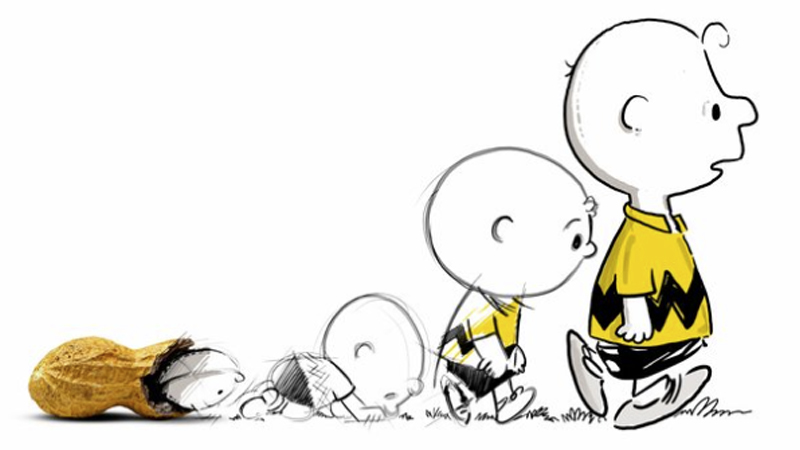 After 65 years of Peanuts, it’s pretty cool that soon we’ll have another movie to add to our list of specials like It’s the Great Pumpkin, Charlie Brown and A Charlie Brown Christmas.

We all know the Peanuts kids and quotes. But from Snoopy’s brother to what Walt Disney Studios had to say when Charles M. Schulz applied, there are a lot of awesome facts about the comic that people might not know.

So, to celebrate 65 years of Peanuts, here are five things you might not know about this timeless comic.

For me, finding out Snoopy had a brother is kind of the biggest family plot twist since “Luke…I am your father.” But sure enough – Snoopy has a desert-dwelling brother named Spike.

To be fair, Snoopy actually has a bunch of siblings. But Spike was inspired by the year Charles Schulz and his family moved out to a small town called Needles in the desert of California.

In the hindest of sight, turning down Peanuts probably hurt the egos of these companies more than it did Schulz. Except the Minneapolis Tribune, who still prints it to this day.

If Peanuts can get rejected? Gives a little bit of hope to us artists out there who have gotten some big fat N-Os, right?

It’s weird to think that a cultural icon like Peanuts ever got rejected. It’s even harder to believe that it looked pretty different than the Charlie Brown and Snoopy we know and love today.

But if you look at the original comic strips from 1950? Our familiar faces are, well…not so familiar.

Charlie Brown didn’t even have his zig-zag shirt until December 21st, 1950 – several months after the comic started publishing regularly.

That classic football gag? That didn’t come along until November 14th, 1951. Lucy hadn’t even been introduced yet – the girl holding the football is an early character named Violet.

And Woodstock wasn’t even there to stay until March 1966.

Just like every art form does, Peanuts went through a style evolution with every comic strip that was put out. Although, it’s weirdly jarring to see Charlie Brown without his zig-zag shirt…just seems wrong.

1. The new movie is kind of a Schulz family endeavor

We can’t ignore the 3D animated elephant in the room. While the new movie looks classically charming, it was no doubt a little scary to see our classic characters in a new 3D world.

But the Peanuts movie has as much integrity as the comic strip has always had. The guy who wrote the new film was none other than Craig Schulz – Charles Schulz’s son.

“But what about the men with the money controlling the strings,” you ask? The exec-producer is none other than Paul Feig, who brought us Freaks and Geeks and Bridesmaids. And he’s a giant Peanuts fan himself.

Our favorite characters are in very good hands. And while their look may be different, keep in mind – they didn’t start out looking like the iconic faces we’ve come to know and love, either.