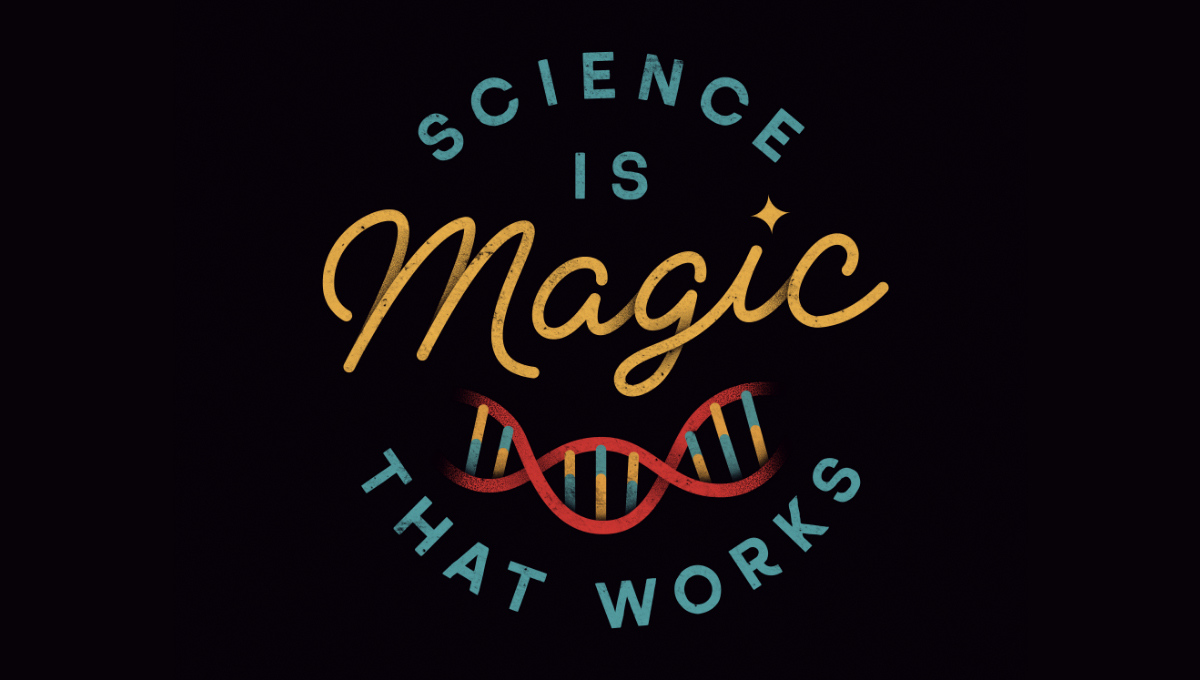 What is science but the magic of yesterday? In today’s technological world, there are so many things that would probably look like magic to previous generations: iPhones, the Internet, Jeff Goldblum (although he actually is magical). But just because something can be explained with science doesn’t make it anything short of modern magic. And the winner of our Science Challenge, Cody Weiler (@csweiler), celebrates this fact by mastering the science of art in a design that would make everyone from Galileo to deGrasse Tyson proud.

We talked to Cody about the super sci-fi inspiration behind this winning design, about his favorite conspiracy theory, and of course, we made him make a nearly impossible choice: Bill Nye, Neil deGrasse Tyson, or Carl Sagan (weigh in in the comments)? See what he had to say below!

First things first, what have you been up to lately!

Welp, most notably I just moved into a new apartment. Although it’s just across the street from my old one bedroom, it’s a huge step up. Lots more room to fill with prints, tapestries, and pillows from Threadless. :)

This design is so great! What inspires you about this Vonnegut quote?

Thanks so much! I often wonder how someone from 100 years ago would react if we could show them today’s technology (smartphones, virtual reality, robotics, etc.). The only way that they would be able to make sense of it would be to call it magic. It’s easy to forget because we’re surrounded by it every day, but science makes things possible that would have been unimaginable only a few decades ago.

Did you have any other science quotes you were thinking about before you decided on this one?

For a bit, I had planned on designing a quote by Neil deGrasse Tyson: “The good thing about science is that it’s true whether or not you believe in it.” I tried to distill it down, but it was still a bit cumbersome to fit into a t-shirt.

On that note, I have a tough question: Neil deGrasse Tyson, Bill Nye, or Carl Sagan?

Cosmos is one of my all-time favorite series, so I feel obligated to go with the OG, Carl Sagan. Sorry, Bill…no hard feelings.

What attracted you to the ‘Science!’ challenge?

Science is just a really broad category that conjures up a ton of cool imagery. Also, if there was ever a time to promote the value of science in a positive way, I think it’s now.

Admittedly I’ve only read Slaughterhouse Five but was very into it back in the day. I’m a sucker for anything with a time travel element, so that was right up my alley. My favorite classic sci-fi books include Brave New World and 1984. Recently, I read Stephen King’s 11/22/63 and loved it. I’d definitely recommend it to anyone with a propensity for liking stories about time travel.

On the other side of science, there is, of course, mystery – do you have a favorite conspiracy theory out there?

Oh, there are sooo many good ones but my favorite has to be flat earth. So many high profile people have latched onto that one and I must say, it’s quite entertaining to watch.

What’s been inspiring you lately?

Since the start of the Mid Century Illustration challenge, I’ve been looking at a ton of old illustration and advertising from the ’40s and ’50s. I have always been interested in that stuff, but haven’t taken as close a look as I have over the past few weeks. There are some truly genius works of art from people like Charley Harper, Alice and Martin Provensen, etc.

There were some really great designs submitted to this challenge, so I’m honored to have won. Thank you guys so much, and thanks to all the regulars on Threadless for all the support and encouragement!