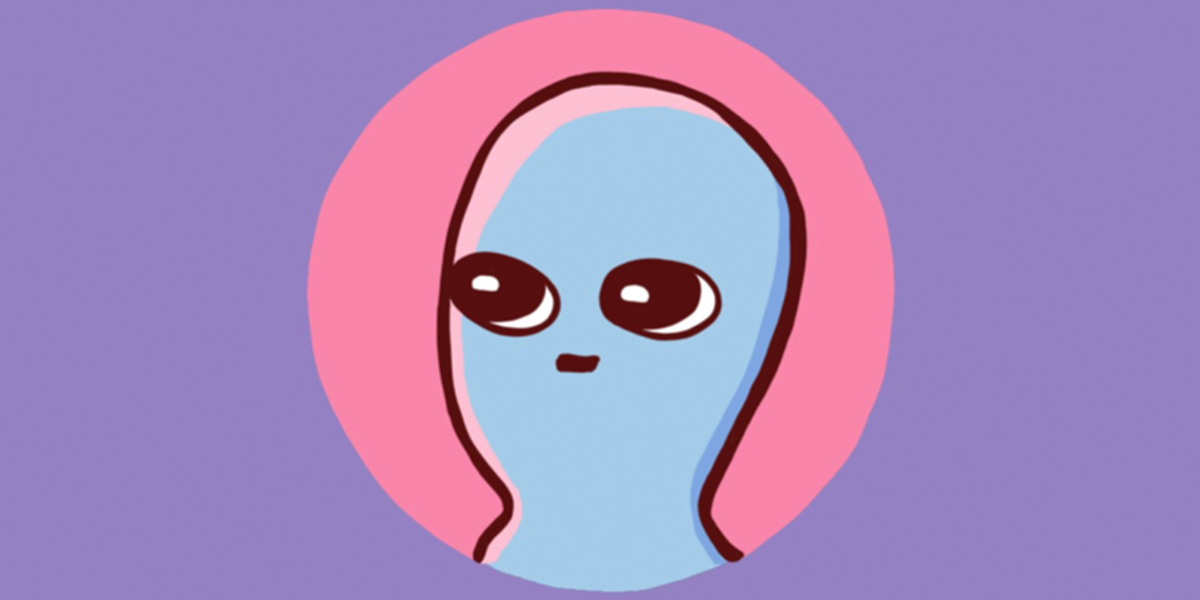 The art of writing and creating a comic has been a mainstay in media across America for decades. Some are just okay, where you find yourself skimming instead of reading. But there are those few comic series where your eyes beg to see more. The reason “Peanuts” was–and still is– popular is due to the hilarious relevance it has with us as individuals. That’s why Nathan W. Pyle is a rising star –an artist who examines the cosmic matter of human’s social structures and has redefined what a comic strip can be and say. You may have seen Pyle’s friendly alien invaders across social platforms, especially Instagram, where Strange Planet has gone viral gaining an audience of close to 2 million human followers!

With this new series, “Strange Planet,” Nathan gives us a wry, relevant and distinguished story using Alien Beings that will instantly abduct your heart. Using a smart terrestrial English syntax, his comic strips bring us back down to Earth.

We spoke to Nathan about his out of this world storytelling, and how Aliens show us the attitudes we earthlings attach to ordinary events in our lives.

Tell us a little about yourself! Where do you dwell? What’s your favorite B-movie? What is the meaning of life?

My wife Taylor and I dwell in NYC! I know it has big stars in it and thus probably not a B movie but the Tremors movie is one that really sticks with me even now. I DO NOT KNOW the meaning of life. My wife and I share the same faith, but we still both like to talk about how much we DON’T know, and this is perhaps my favorite conversation.

What was the transition like from Ohio to NYC?

I moved to NYC in 2008 and I felt like I was always in the way because I didn’t know where I was going. That led to the creation of my first book, “NYC Basic Tips and Etiquette” – a book which recounts that transition in dozens of little black and white cartoons about where to stand and how to walk in the city.

Your most recent comic, Strange Planet is a massive hit! Where did the inspiration for those characters come from?

My wife Taylor and I were tidying up for a party at our home and we hid the toaster in the closet (because our NYC kitchen is very small) – this led to the first Strange Planet comic, which was a joke about how we all hide the things we own.

What’s the most rewarding part of seeing such a multi-leveled and poignant story like Strange Planet take off?

The most rewarding part is seeing the impact on language – the #stardamage hashtag on Instagram is full of people enjoying their sunny vacations, and that really makes me happy.

Why did you choose to use ‘beings’ as your central characters for Strange Planet?

I wanted to create beings that are versatile and interested in everything!


What kinds of undertones/themes/commentaries do you like exploring in your work?

Well, I especially love exploring the ~ emotions ~ that humans tend to attach to our traditions. But it really makes me happy just to see humans connecting in the comments under the comics I make, and I think that fulfills the whole mission of the comic. Just humans connecting and nodding and laughing together. That alone is a win to me.

What were some creative lessons you learned while working at Buzzfeed?

Four years at BuzzFeed taught me SO MUCH about distribution of content. It is in my opinion, perhaps as important as the creation of content! And on a very practical level, my boss Will Varner kept patiently encouraging me to start drawing on an iPad, and when I finally did, that was CRUCIAL to my growth as an artist.

You run your own NYC Cartooning Workshop. How has teaching affected you as an artist?

Teaching gives you a constantly renewed sense of the WONDER of seeing your hands and your mind create a NEW IDEA. It really is fantastic and so rewarding.

Who are some of your favorite comic artists?

Shop the Strange Planet collection on Threadless and stay in orbit with Nathan W. Pyle and his stellar art in his Artist Shop!