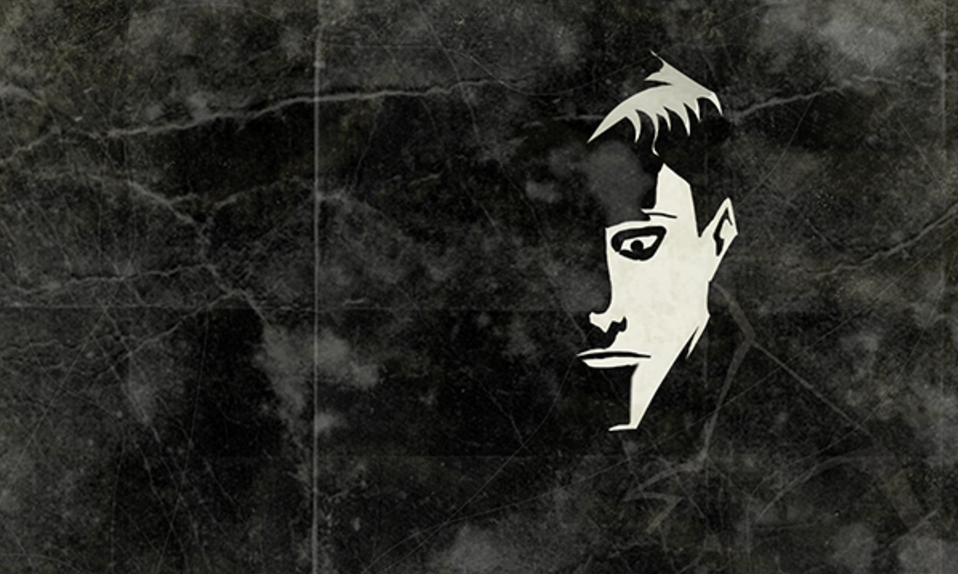 Whether they burn or sparkle in the sun, vampires stories are as un-dying throughout the ages as the creature itself. People just can’t get enough of the be-fanged characters who follow in Dracula’s shadow (but of course, not his reflection). And one of the latest vampire stories is coming from none other than Artist Shop owner R.D. Ricci. This graphic novel illustrator, storyboard artist, and now animator has been developing his story Ligeia the Vampire for a whopping nine years, and thanks to home animation tools and Youtube, Ricci is finally able to bring his passion project to life!

Ricci is an inspiration to anyone wanting to start their own passion project, so we just had to talk to Ricci about Ligeia, how he balances his day job illustrating with directing/writing/animating Ligeia himself, his travels around the world, and about how he’s using his Artist Shop to help support this project. Check out the full interview below!

Between graphic novel illustration, cover art, storyboard work and now animation, you’ve done so many different types of art! How did you get your start?

I started in the art world with my own characters in 1998 with the publication of a minicomic and an expo of my illustrations in a gallery with other artists. But I feel that my career started when I lived and worked in Europe.

You’ve lived and worked in a number of different places – how has the change in location influenced your art and inspiration?

So much. Each culture, each country imprinted in my heart and in my mind in such a strong way that I think I will continue to write about this the rest of my life. My more important influences came from my experience in Italy and Romania.

You just started an animated series on youtube, Ligeia the Vampire. Tell us all about it!

It has been such a long process that it’s release is filling me with satisfaction. It’s been almost nine years that my character has been in different digital publishing houses, from UK to the US. Now, thanks to the evolution of technology, I can present a complete animated web series.

Set in Turkey in 1924,  Alex Alamos – a Chilean who travels the world buying antiques and works of art commissioned by wealthy collectors – has a date with a mysterious character in Istanbul, where he will buy an object that sends him on a terrifying adventure. It will be a horror series, with dark humor, adventure, mystery and an environment full of Middle Eastern eroticism.

How did you come up with the concept for Ligeia? When did you start putting it together?

Eight years ago, I started to develop the next step to the character – a really long story centered in a nautical concept based on my notebooks that I wrote when I lived in Iasi, Romania. First was centered in a story from the city: the historical moment when the Red Army bombarded it. But through the years, the idea I had changed until I came across photos of the Folies Bergère and Ziegfeld Follies. I love the art and crazy culture of the ‘20s and reach to the strong concept of Opium. I started to develop the actual series four years ago, first as a motion comic, but with time I realized that an animated series was what I really wanted for the project, and it’s the best decision I’ve ever made in my life.

Tell me about your Artist Shop! How did you choose which designs to include?

Well, I used the illustrations that will be the card on youtube of any episode. Any illustration is a part of a specific story. Ligeia’s a collection, but I hope to do some other designs too.

What made you open an Artist Shop? Have you sold your work on apparel before?

First, it is a great way to promote my channel. Second, t-shirt is one of the top ten best businesses to do on the internet. Like all, really difficult, but I hope to grow a lot over time. And yes! I sell t-shirts so many years ago, but handpainted, and after I had a screen printing workshop for two years.

How does your Shop help you keep making Ligeia?

A lot! Although it is a long-term project, the shop serves me to start making contests and keep the audience hooked.

How did you decide to start doing animation? What was it like going from illustration to animation?

Well, this is a really long story. When I was 15 years old in 1986, I did not really know what my future career would be. I remember one day in December, I finished school and in a Cinema there was a charity function to buy toys for the children of employees at Christmas. The movie was Heavy Metal, from 1981. At this time, I was a fan of many heavy metal bands and this was a revelation: I would study something related to drawing. The problem was that I want to do animation, but no courses existed in Chile. I thought I could carry out my ideas through comics and also start singing and play Bass Guitar in a heavy metal band.

After my degree, I started to work in an animation company in Chile. Sadly I couldn’t continue to work because the production finished. For many years I was feeling sad about this, so I feel that technology has saved me and has given me a second chance to realize my dreams. From illustration to animation was so easy for me. Really I like both worlds because they are different and represent a challenge.

You wrote, illustrated, edited, animated, scored, and directed Ligeia! What’s it like playing so many roles? What were some of the challenges?

In the world of independent productions, it is pretty normal for an artist to do many roles. I know many artists who, for example, their work is illustration but they also know how to play an instrument. With technology, a single person can do all these roles alone, since they are productions of maximum three minutes. If in the future I could lead a larger production, I would have no doubt that more people would have to be hired. The challenges are many, but they make life more entertaining. I do everything step by step, one problem at a time. For example, I work on my channel after 2 PM, Monday to Friday. The weekend, the soundtrack production. The illustration that I used for the t-shirt I did in the summer for an hour every day, painting by hand. All days from 8:30 AM to 12:30 PM I am working on a graphic novel for the German market. Everything depends on how the day is organized.

Thank you very much for this interview and the opportunity you have given to so many artists with Artist Shops. Visit my shop; I will add new designs every month. And follow my web series, every month a new episode! Also, the soundtrack of my web series will be available (I hope this Halloween) on Bandcamp.