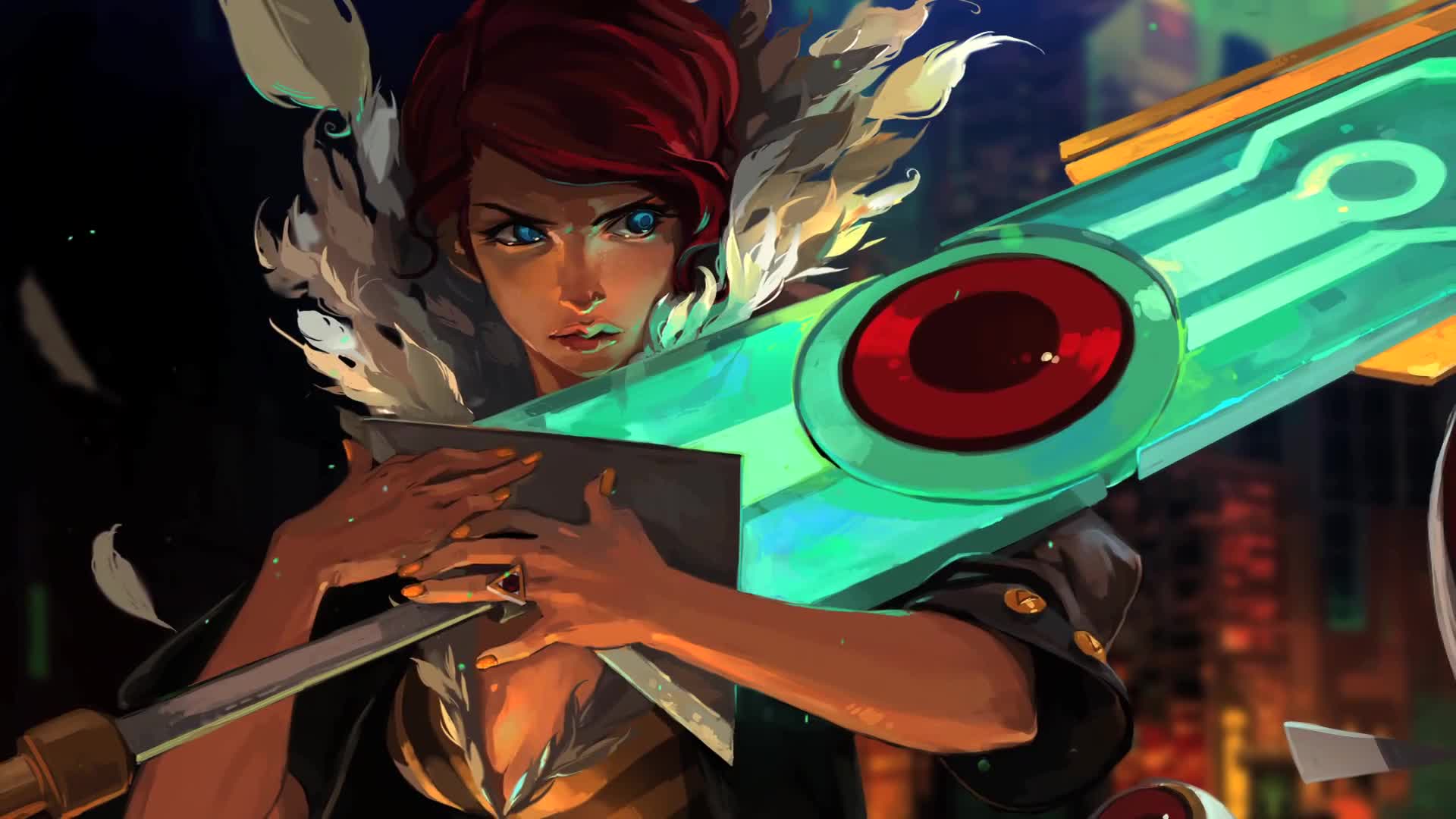 Much like with comic books, I’m a shallow when it comes to video games. If the art makes me go “bleh,” I won’t play the game.

But nowadays there are more and more games coming out that are as much a rich and, most importantly, unique visual experience as they are a narrative experience, like Firewatch.

And one game has gotten vastly overlooked: Transistor.

We gotta talk about this game. It came out in 2014, but it’s never too late to nerd out about a game that’s so pretty, it’ll make your brain explode. 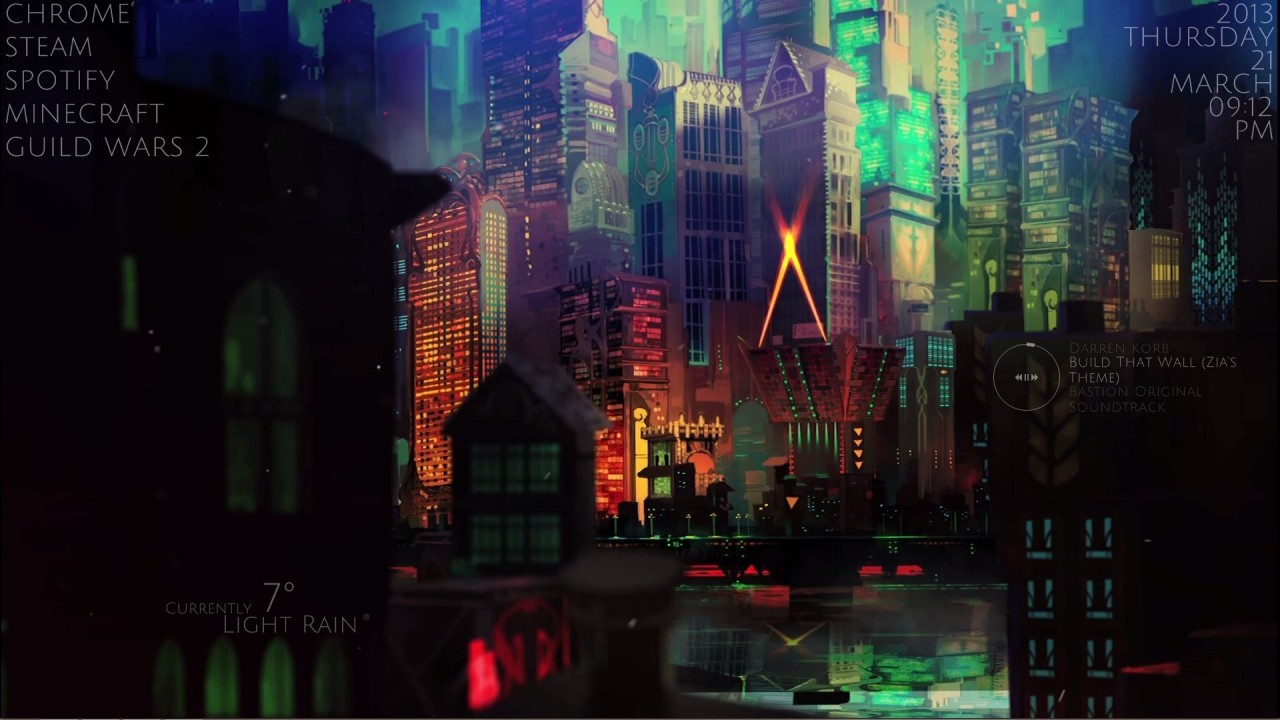 The game itself, very basically, is about Red – a famous singer – who is attacked by “The Process” – basically robots commanded by the “Camerata” group. She’s transported across Cloudbank city, where she becomes linked up with the “Transistor,” a.k.a giant-ass sword with the voice of an angel. She finds the Transistor in the chest of a now-dead man, who we gather she was close to.

But his consciousness and hers become linked up with the Transistor, which is being chased down by Camerata – who want it for their own purposes.

Visually, Transistor also did unique things with lighting, the lights on the controller flashing in sync with the lights on the sword that flash whenever it (he?) speaks. And the game’s overall art design looks kind of like what would happen if a cyberpunk anime style, Gustav Klimt’s “Woman in Gold,” and Kingdom Hearts all had an orgy-lovechild. A beautiful, beautiful orgy-lovechild.

They even change up styles, going from a more cyberpunky, neon-city type look to a very vectorized, flatter 2D style.

This variation in style and the sheer mix of different styles, textures, and lighting in Transistor’s not only conceptual art, but gameplay, makes it so visually unique. Top that off with a unique combat style and ethereal soundtrack, and you have an all around beautiful experience.