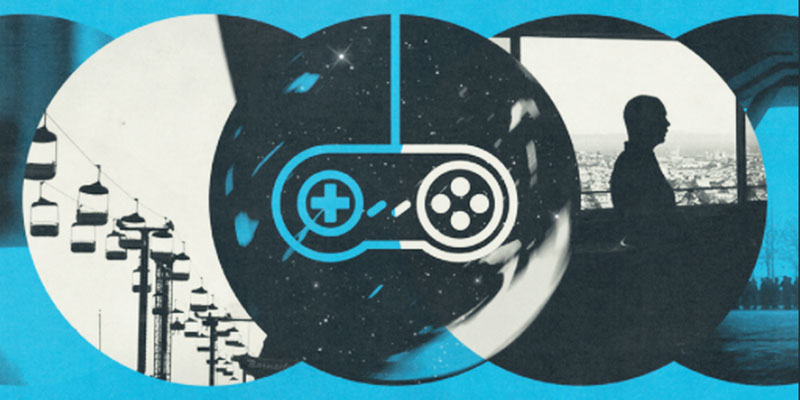 Do androids dream in 8-bit?

That, my friends, is for C3PO to know and for us to possibly one day find out. But if they do, their sleepy brainwaves would probably sound like the Indie Game: The Movie soundtrack.

You might remember that movie title from G.H. Prescott’s Super Meat Boy post. But as good as Indie Game: The Movie is, I was 100% obsessing over the music and shazamming every other scene. Because while I don’t know if androids dream in 8-bit, this soundtrack sounds like a chorus of the Space Invader aliens got together to serenade you to sleep.

Which is actually pretty fitting considering that the man behind the music, Jim Guthrie, composes much of his electronic music on his Playstation (which, to answer your question of “what?!”, is totally a thing you can do on the Playstation. Who knew?).

Guthrie has made quite a name for himself in Canada’s indie music scene. And after composing his first video game soundtrack for Super Brothers: Sword and Sworcery EP and now the film Indie Game: The Movie, he’s become a respected composer in the indie gaming scene as well.

Besides making you kind of feel like you’re happily trapped in Tron, this soundtrack’s wordless, electronic tunes are also perfect to write and create art to. Writing to music with lyrics just replaces any words in my head with “I’m so faaaaancy, you already knowwww” (not that I still listen to that or anything…). And writing to EDM just makes me want to get up and throw a solo rave in my room.

Indie Game: The Movie Soundtrack gets you totally into your zone while still being super fun to listen to. And fellow writers, take it from me; it’s the perfect ambient soundtrack for when you need to use your brain for making good words.

Plus hey, the whole thing’s on Spotify, so you can go crazy and get totally focused for free.

The one real criticism? That they didn’t call it Indie Game: The Movie: The Soundtrack. Opportunity missed.

Here’s three tracks that will totally be your gateway tunes and their vibe:

Maybe You’ll Get Some, Maybe You Won’t
Vibe: if the Drive and Interstellar soundtracks had a baby

Proof of Something (My personal fave)
Vibe: If your life had a soundtrack, this would play when life is goin’ pretty dang great.

The Red Bull
Vibe: Did you see It Follows? Did you like its 80’s-esque soundtrack? If you answered ‘yes’, then get ready to fall in love.