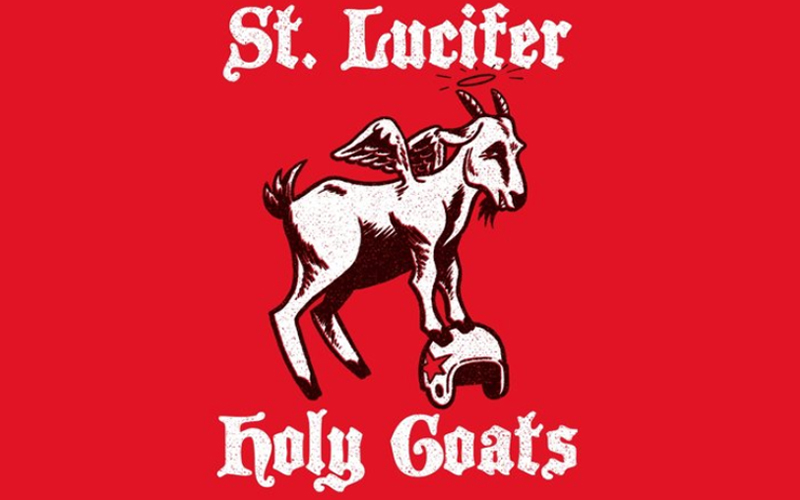 So I hope we’ve all been doing our breathing exercises after last week’s trauma-fest of an episode.

A goat. A freakin’ goat.

Sure, we all ended up actually caring about the goat – I’m sorry, Tabitha the goat – but what were we supposed to do?! We had to do SOMETHING with all of these residual feels.

Luckily, even though the episode was meh, everyones’ Twitter game for #ThreadTWD was seriously on and entertaining (and y’know, if you think you can do better, live-tweet with us using #ThreadTWD and show us what you got!)

Let’s review, shall we?

This wasn’t even a Walking Dead episode. Instead, it was pretty much a crossover with ALL the other fandoms

I feel like I saw this in Jurassic Park once. #ThreadTWD#TWD

This while episode just makes me think Kung Fu Panda except for all the messy killing. Not so much that #ThreadTWD — Jamie Curran (@jambourgini) November 2, 2015

@threadless Who knew Hank from Breaking Bad was a great teacher? #Threadtwd

That goat is gonna end up like Sam from I Am Legend by midseason #TheWalkingDead #TWD #Threadtwd pic.twitter.com/7N5JcBLeGW — Amanda (@RatedAR) November 2, 2015

@TweetsFromJack HER BODY ISN’T EVEN COLD AND YOU PULL THIS STUFF. #Threadtwd#HerNameWasTabitha#ripTabitha

But to break up the…whatever the strangeness of this episode was, we did a flash challenge that got some pretty hilarious responses:

@threadless I’m a graphic designer. I would probably just take a photo and photoshop the apocalypse out. Or add some memes. #Threadtwd

@threadless Marketing, so I could try and sell a bad situation to better my situation #TomSawyerSalesTactics #ThreadTWD #TWD — Jack E. (@TweetsFromJack) November 2, 2015

@threadless accounting, I am pretty sure anything would kill themselves just by me talking about numbers all day #deathbynumbers #ThreadTWD — MizzMegatron (@MegMKline) November 2, 2015

@threadless I’m a journalist, and we could trick zombies into painstakingly long interviews while we alert the public to get away #Threadtwd — Madalyn Hoerr (@madalynmh) November 2, 2015

@threadless financial planner. I would use myself as fodder to help others survive (there’s no transferable skills) #Threadtwd — Pan (@PanofSCU) November 2, 2015

And as always, we had some awesome winners too. For tweet of the night…

And the winner of our flash challenge…

@threadless I make maps, so I’d obviously get people lost on purpose and take their protein bars. #threadtwd#TheWalkingDead