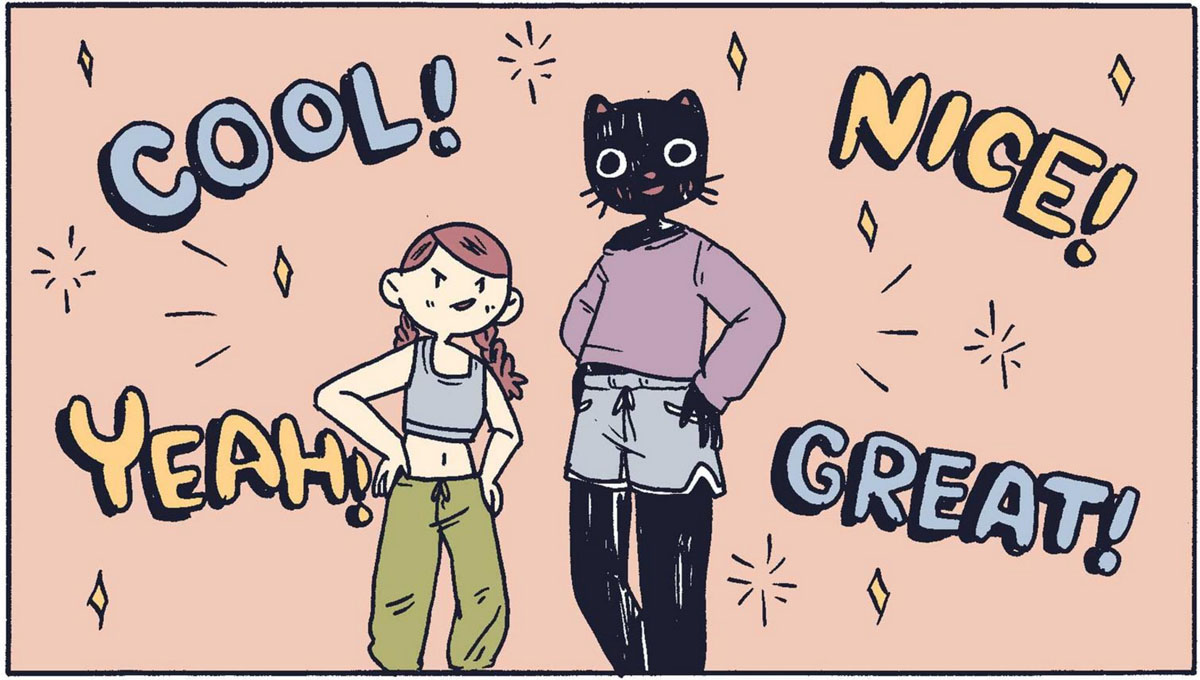 Can you imagine if cats walked around and talked like humans? And instead of pets, they were just our humanoid cat roommates and best friends? Cool lady cartoonist Benji Nate makes this world a reality in her VICE comic, Catboy. Her comics are funny, addicting to binge-read, and have a unique sweetness to them that you just gotta love. And her Artist Shop brings the “Cool Boy” clothing brand and styles that her characters wear in Catboy to life!

We talked to Benji about how she got her start illustrating for VICE, about how she comes up with her characters, and about her philosophy on making art. Check out the interview below!

First things first – tell us a little bit about yourself!

I’m a cool lady cartoonist. I’m 23 and I was born in Puerto Rico, raised everywhere, currently residing in Philadelphia with my partner and three cats. I like to draw comics that I think everybody could read. If my mom likes one of my comics, it’s usually a pretty good sign.

Both! Most of my life I’ve been a dog person until I met a couple nice cats that changed my life and now I could never choose between the two.

How did you get started doing your web comic “Catboy” for VICE! That’s awesome!

I got in contact with the art director Nick Gazin and showed him a few comics I had drawn. He asked if there was anything I hadn’t posted on the internet yet, but I tend to post anything and everything so I came up with it pretty quickly and pitched it to him. I was kind of surprised he said yes! I had a pretty low self confidence regarding my art for a long time, so the thought that someone would say yes to me hadn’t even actually occurred to me. I thought that at the very least putting myself out there a little would give me the confidence to approach people for work more often, but it all worked out well!

How did you come up with “Catboy”?

I came up with it very quickly because I didn’t wanna keep anybody waiting. It was just a twist on something I think about my cats often: “How scary would it be if they were actually people trapped in cat bodies?” The twist was that the cat would turn into a person and it wasn’t actually scary.

“Ask yourself what you wanna see in the world and not what you think the world might want to see from you.”

How often do you create new “Catboy” comics? What happens if you hit creative block?

I have new ideas for them everyday but I only tend to turn one or two of those ideas into fleshed out comics once a week. I think staying on a cycle has been really helpful for coming up with ideas and executing them on a semi-regular basis. If I do hit a block, I usually ask my partner for some help. It helps being around other creative people when you’re in the middle of an idea drought. I’ve also been trying this new thing this week where I sit in a coffee shop and write down sentences of dialogue I hear around me and try to twist that into a comic. That’s been working our pretty well so far.

Tell me a little about your Artist Shop! I noticed that a few of the shirts in your shop are worn by characters in your comics!

All of them are designs worn by my characters! I like to design things I would want to wear. I think being as sincere as possible in the way you make things produces good work. Ask yourself what you wanna see in the world and not what you think the world might want to see from you. I think making assumptions about what people want leads to boring work. And why be bored when you get to create new things?

Where does the name of your Artist Shop – “Cool Boy” – come from!

Cool Boy is the fictional brand of clothing worn by my characters Henry and Olive in the comic Catboy. It’s just something that’s become my favorite word combo and I like the way the letters look together and the way the two words sound when you say them. It’s just all around pleasant to me! It’s also the name of a project I’m working on with my partner Michael Sweater. Stay on the look out for that!

You have such individual characters! How do you come up with them? Are they based on real people/parts of your personality?

They’re almost always based on myself or the people around me whether I want them to be or not. I think it’s difficult to write beyond the personalities you know and it’s not something that feels very good when I force myself to do it. Most of my comics deal with a character that is anti-social and a much more extroverted best friend character because most of my relationships with people have been set up the same way. It’s a very comfortable place for me to write in because it’s my whole life. Of course, I’ve never had a cat turn into a person who ends up being the coolest cat in town, but it’s not difficult to twist real life into it!

How did you get your start doing comics? Are you self-taught?

I’ve been drawing comics since I was a kid but didn’t realize that I could do anything with it until a few years ago. I dropped out at 16 and never went back to school, so I guess you could say I am self-taught, but along the way I’ve met a lot of people who have helped me through comics. I’ve had a lot of help – just not from any formal institutions. I’ve met a lot of people in comics who have been very generous with their time and resources, and I hope I can be the same.

Who are some of your artistic influences?

I grew up pretty far away from comics but was really uninterested with superhero comics, which is what I assumed all comics were until the manga boom happened. So now most of my influences are linked to manga. The list includes Osamu Tezuka, Chiyomi Hashiguchi, King Terry, E.C Segar, Tove Jansson. I think the person who has had the most influence over my work is my partner Michael Sweater. Its difficult to work next to someone all day and NOT have them be a major influence to your work. 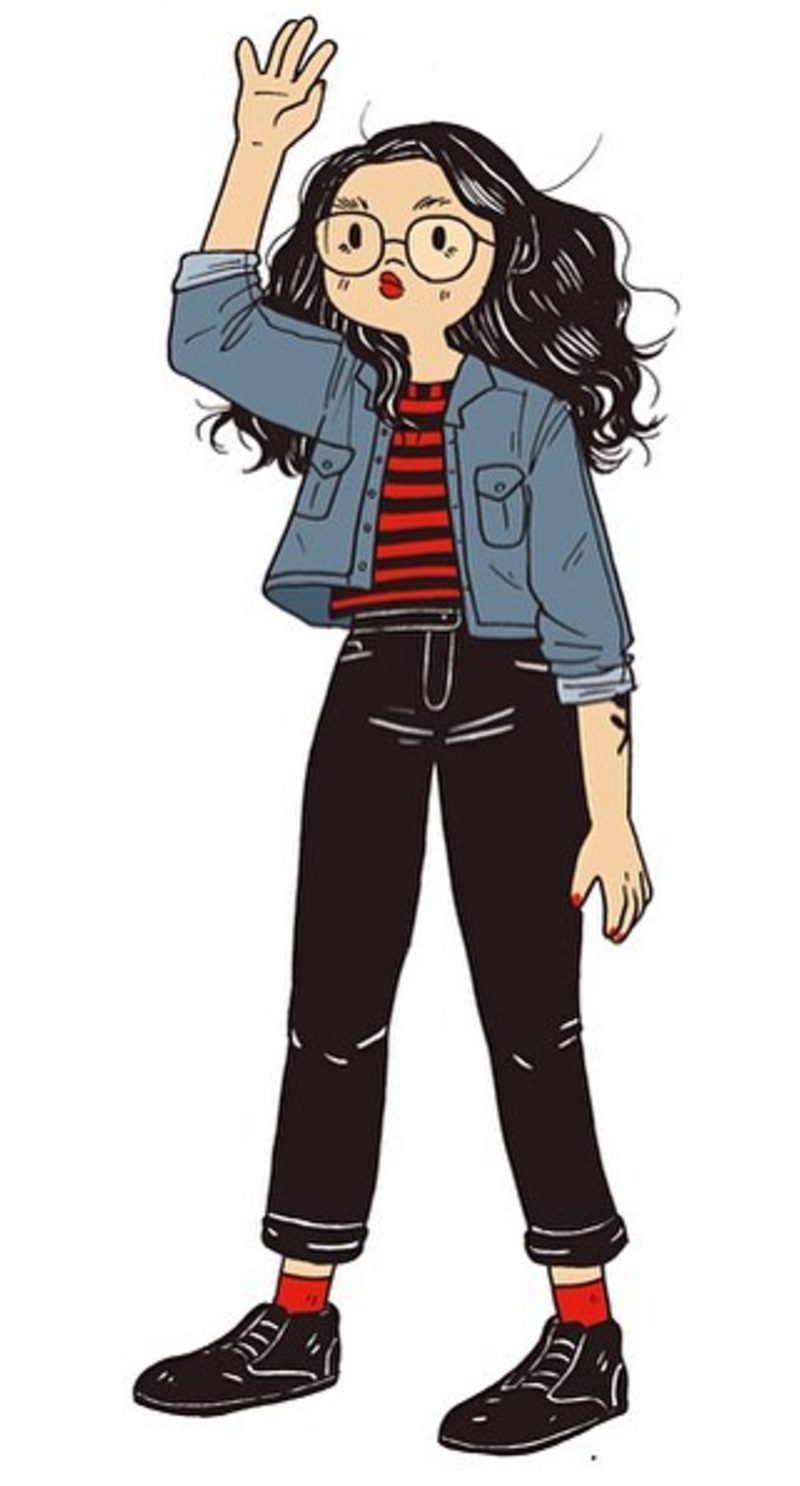