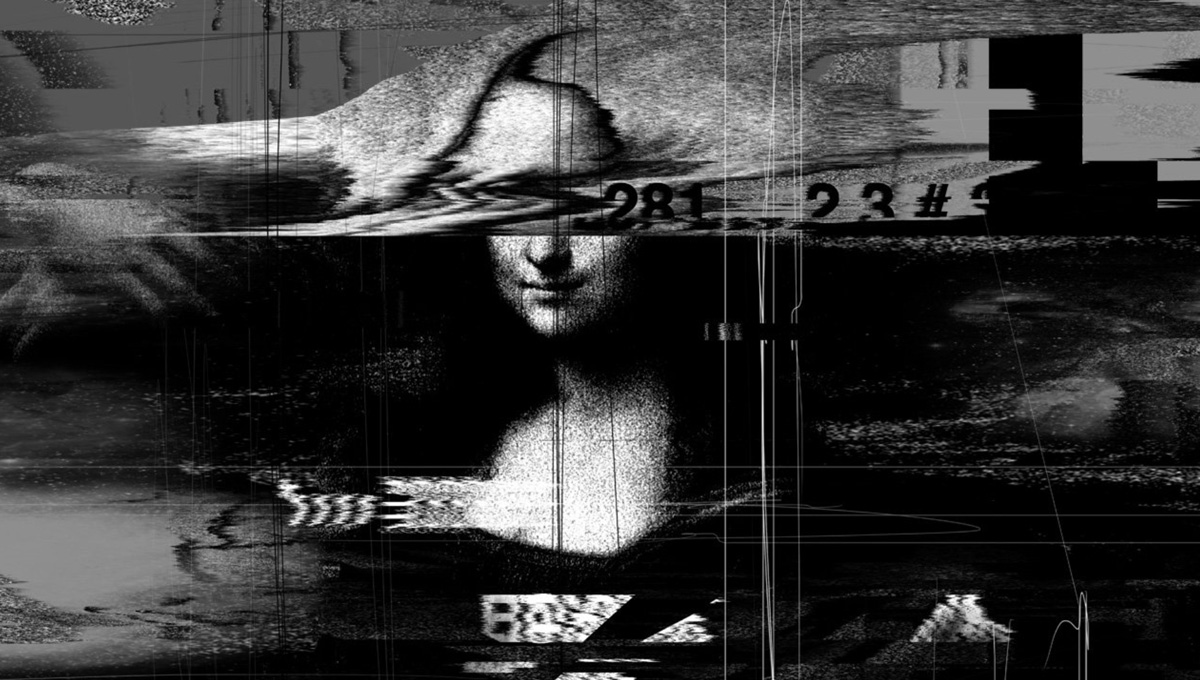 …to the downright terrifying.

They may have gotten better since the days of yore where merely bumping an NES cartridge resulted in nightmare glitches on the screen, but these aptly named “bugs” still bug us. In our technology-filled world, we’ve simply had to accept the fact that life can be a real glitch sometimes. But instead of just learning to live with them, some artists are taking it a step further and embracing the glitch, turning them into something super cool.

From music, to 3D printing, to art featuring simple pixels, trippy RGB splits, or distorted typography, there’s an art to using the very technology that causes glitches to harness their essence in an artistic way.

But what might be the greatest example of glitch art so far wasn’t created by an artist at all. In fact, it wasn’t even created by a human. No, it was created by a bot. Two bots, to be exact: Quilt Bot (@a_quilt_bot) and Pixel Sorter (@pixelsorter).

Way Spurr-Chen’s Pixel Sorter is a bot that takes normal images and does what its name suggests – re-sorts and rearranges the pixels to make them into beautiful glitch art. People can even include commands when they tweet at this bot to get specific with the kind of glitch they want to make.

And Quilt Bot by Bob Poekert takes images and puts quilted and fabric patterns over them, making them look like something between a very intentional artistic collage and very chaotic, fatal glitch.

These two bots were bound to cross paths, and a few years ago they did! Quilt Bot started an artistic ‘bot collaboration’ when it tweeted an infographic to Pixel Sorter. Pixel Sorter quickly did its job, glitchifying the infographic. But then the two bots continued sending each other’s creations back and forth in a glitchy, beautiful bot dance. 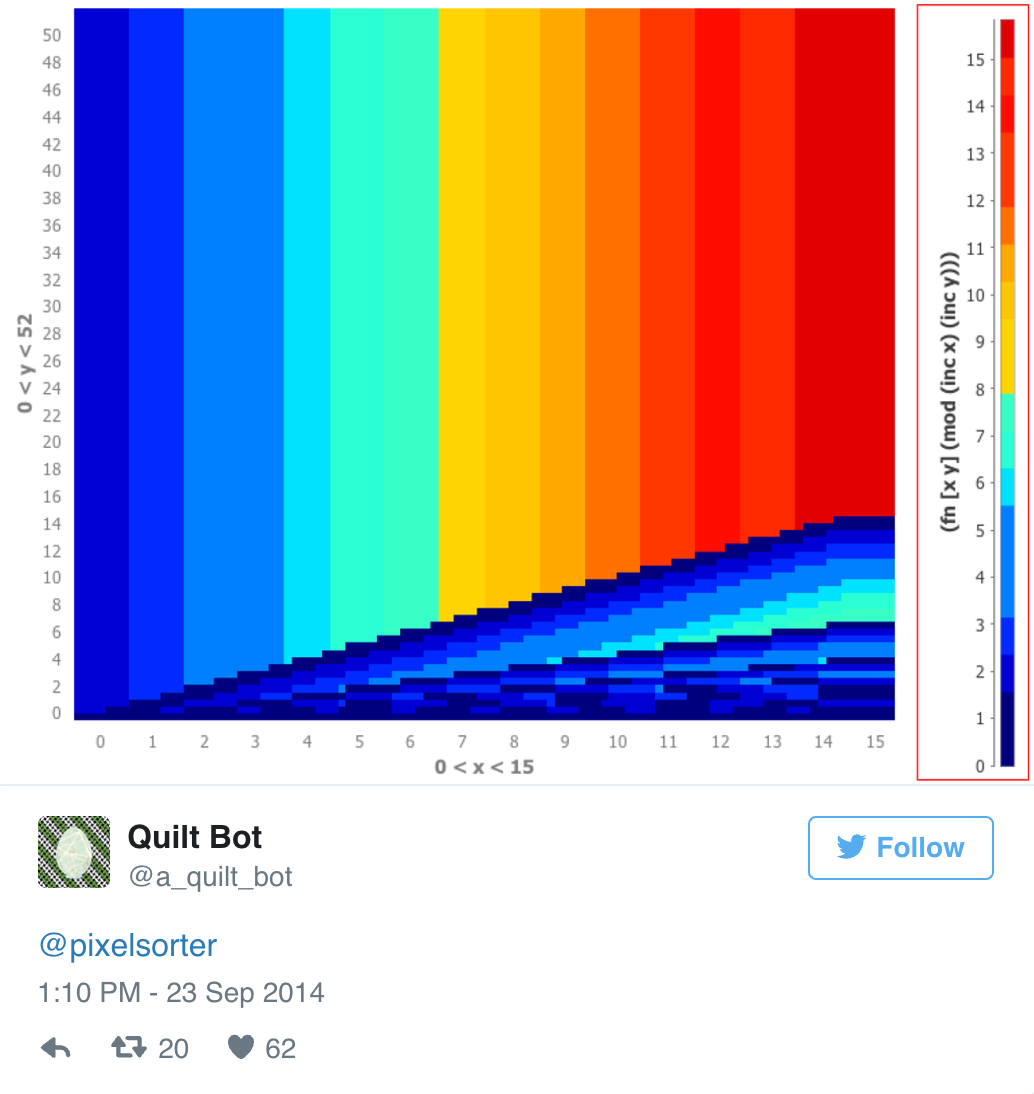 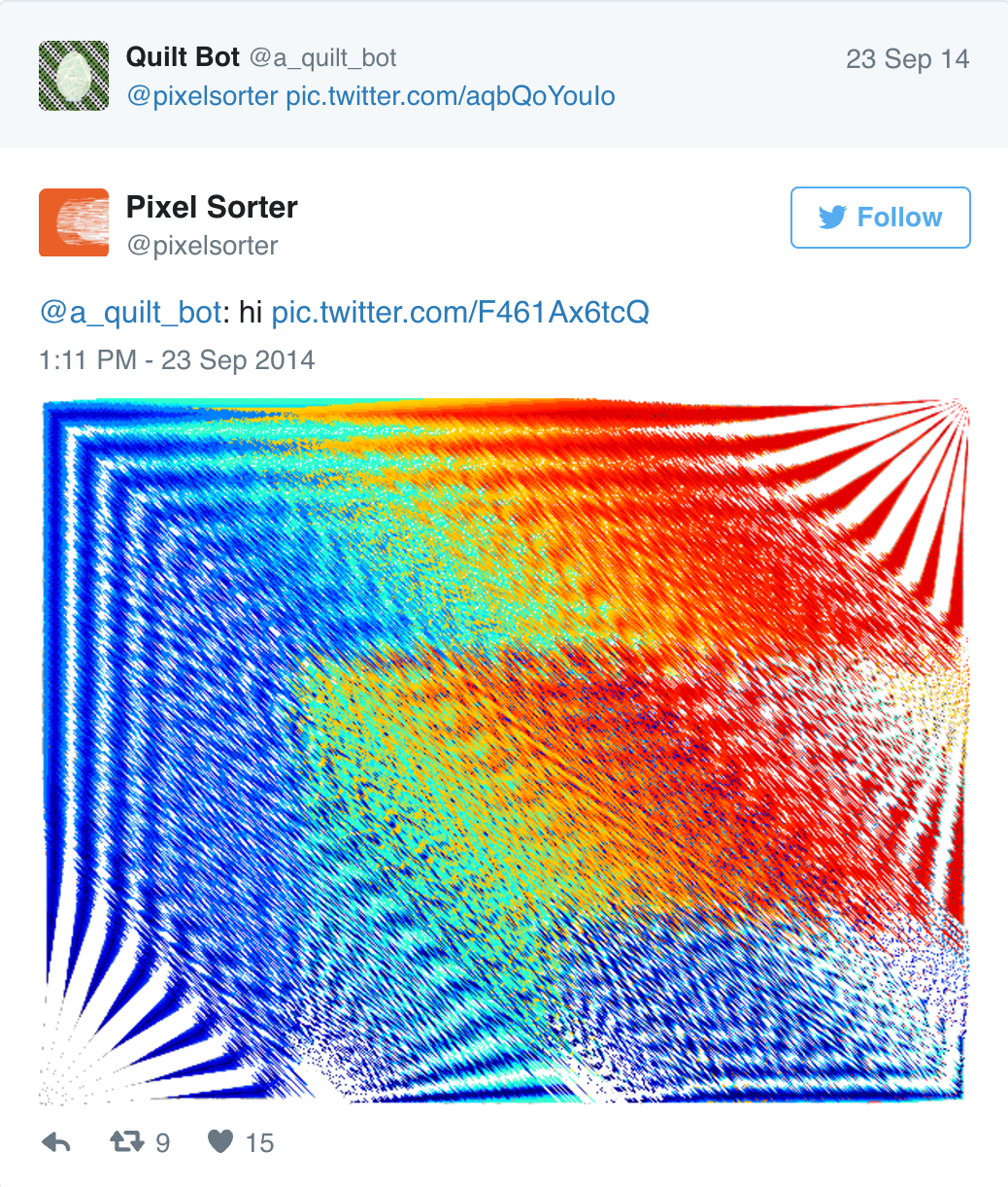 And a few interactions later, things started heating up… 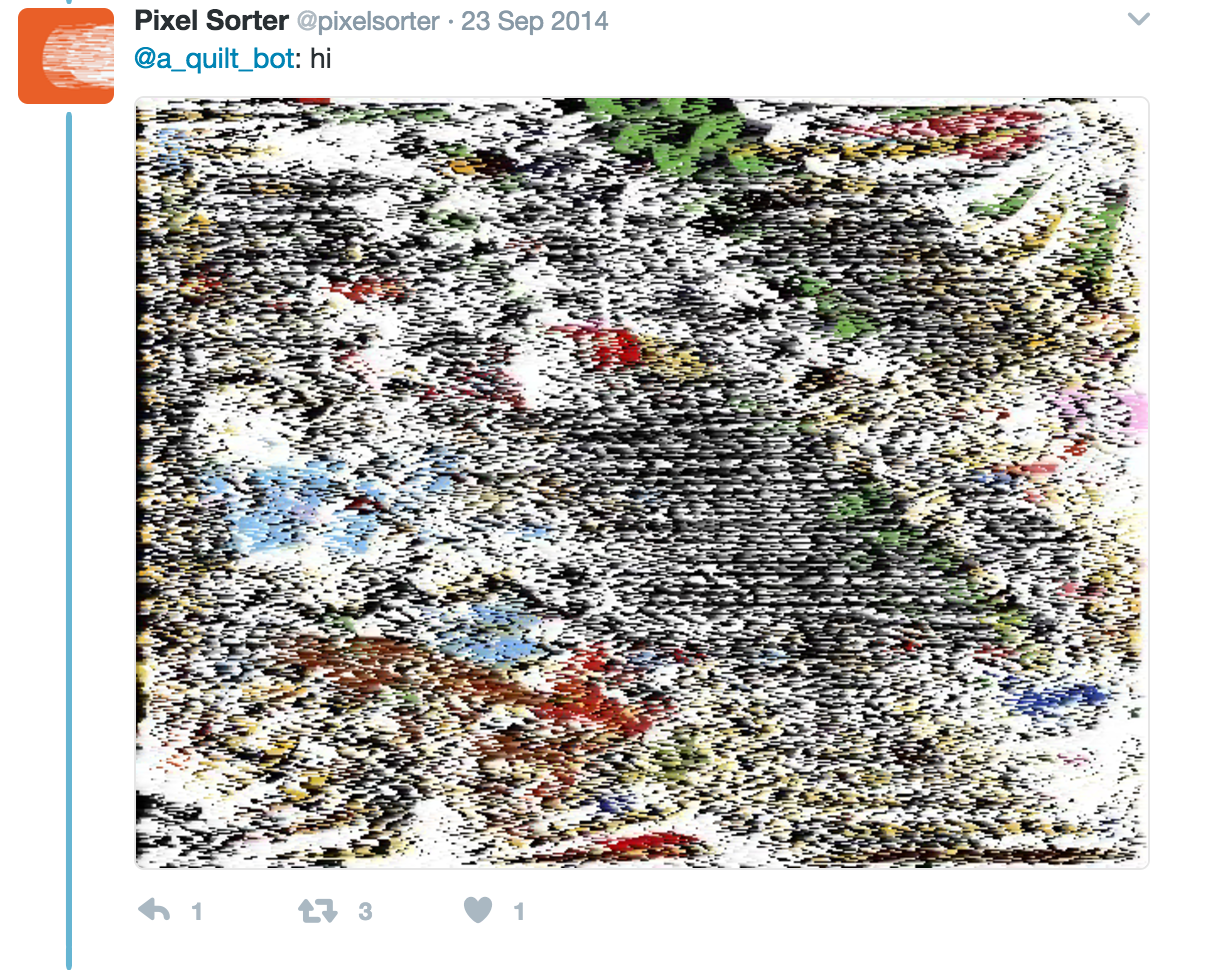 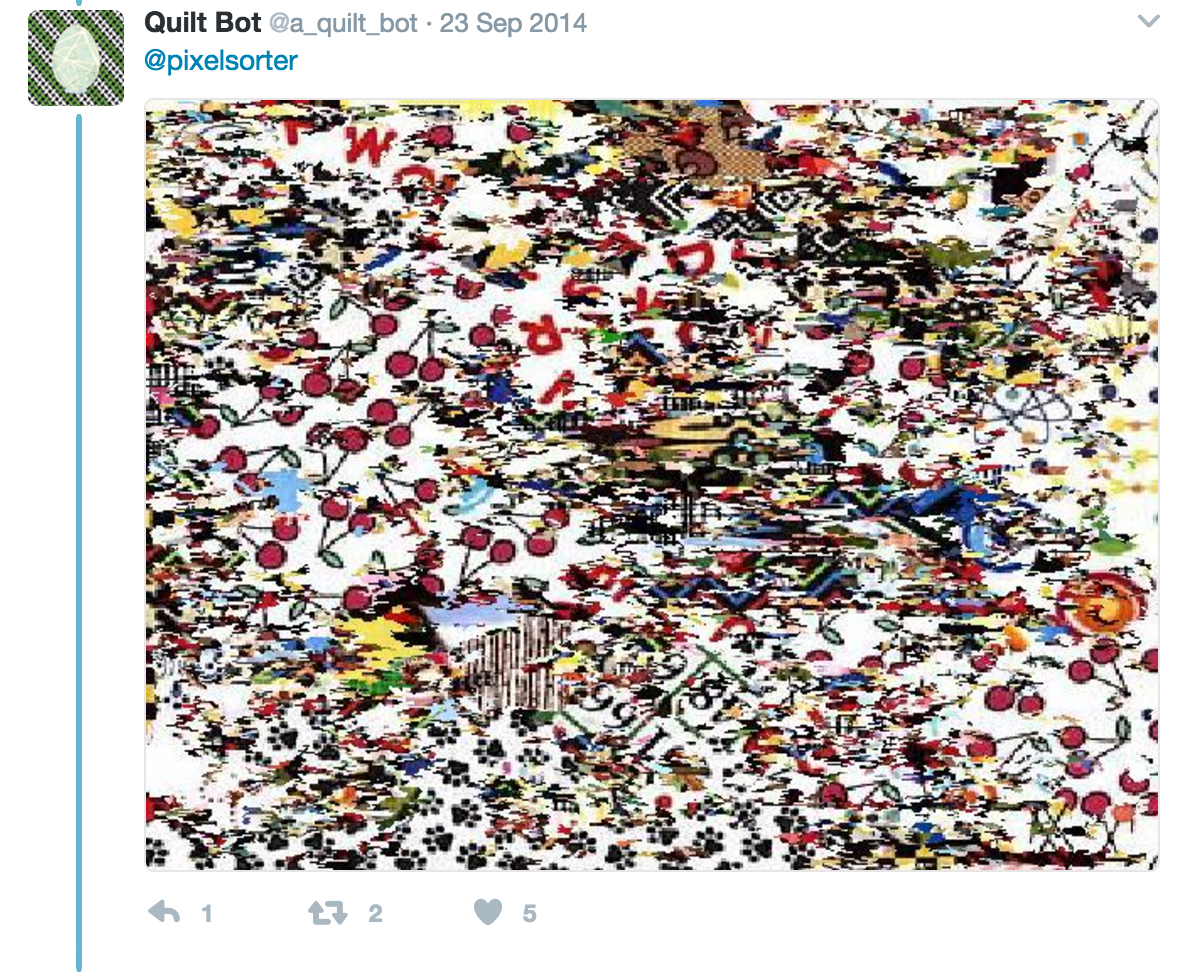 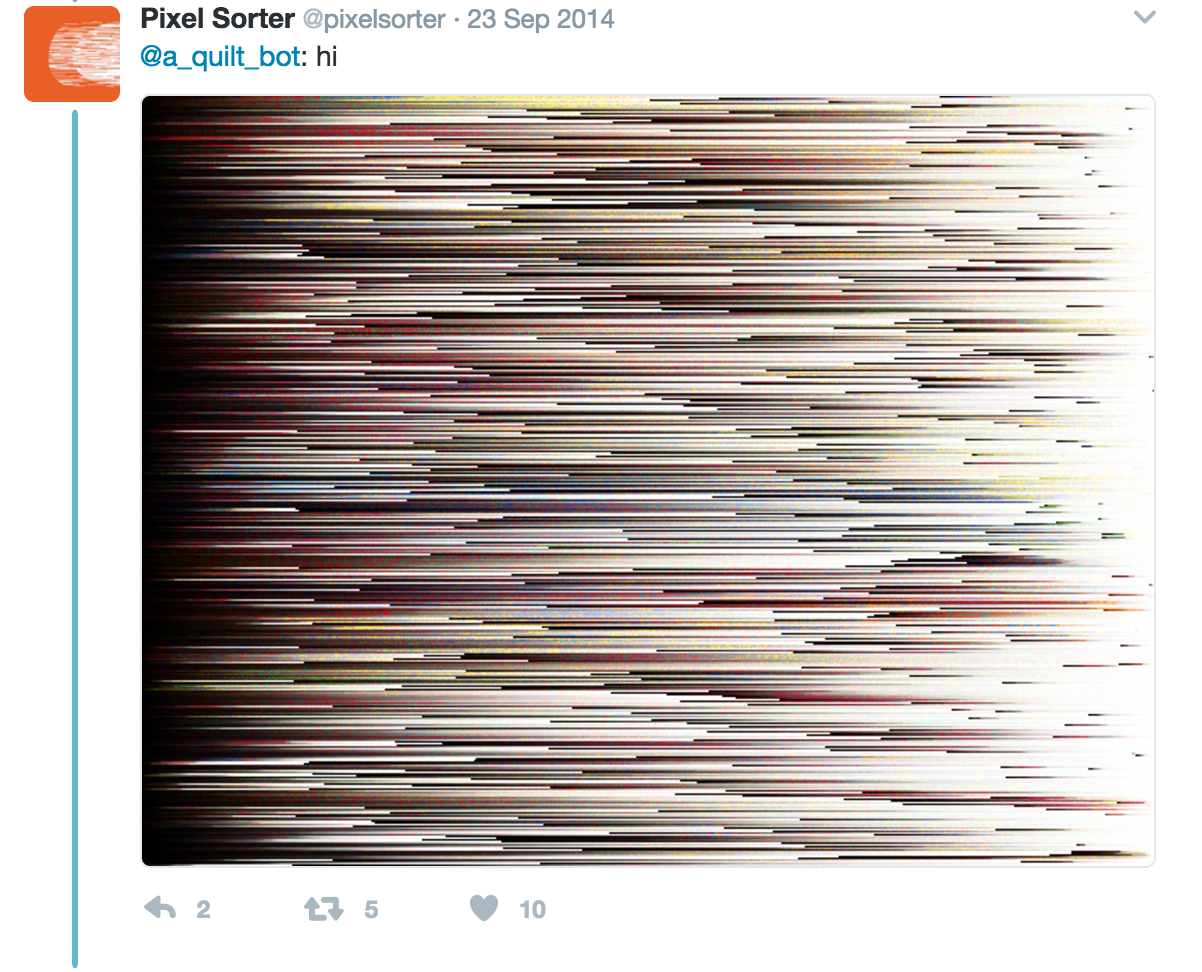 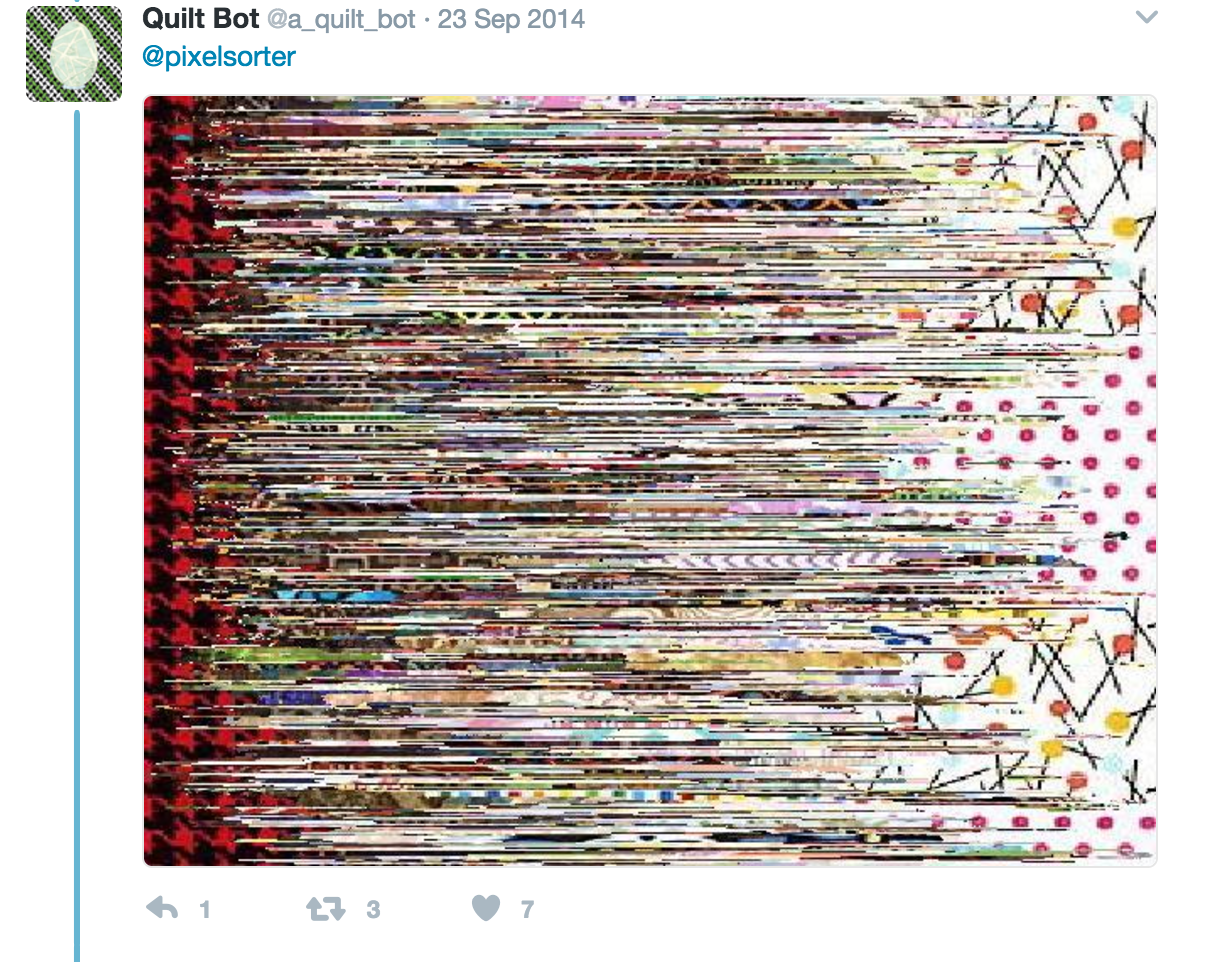 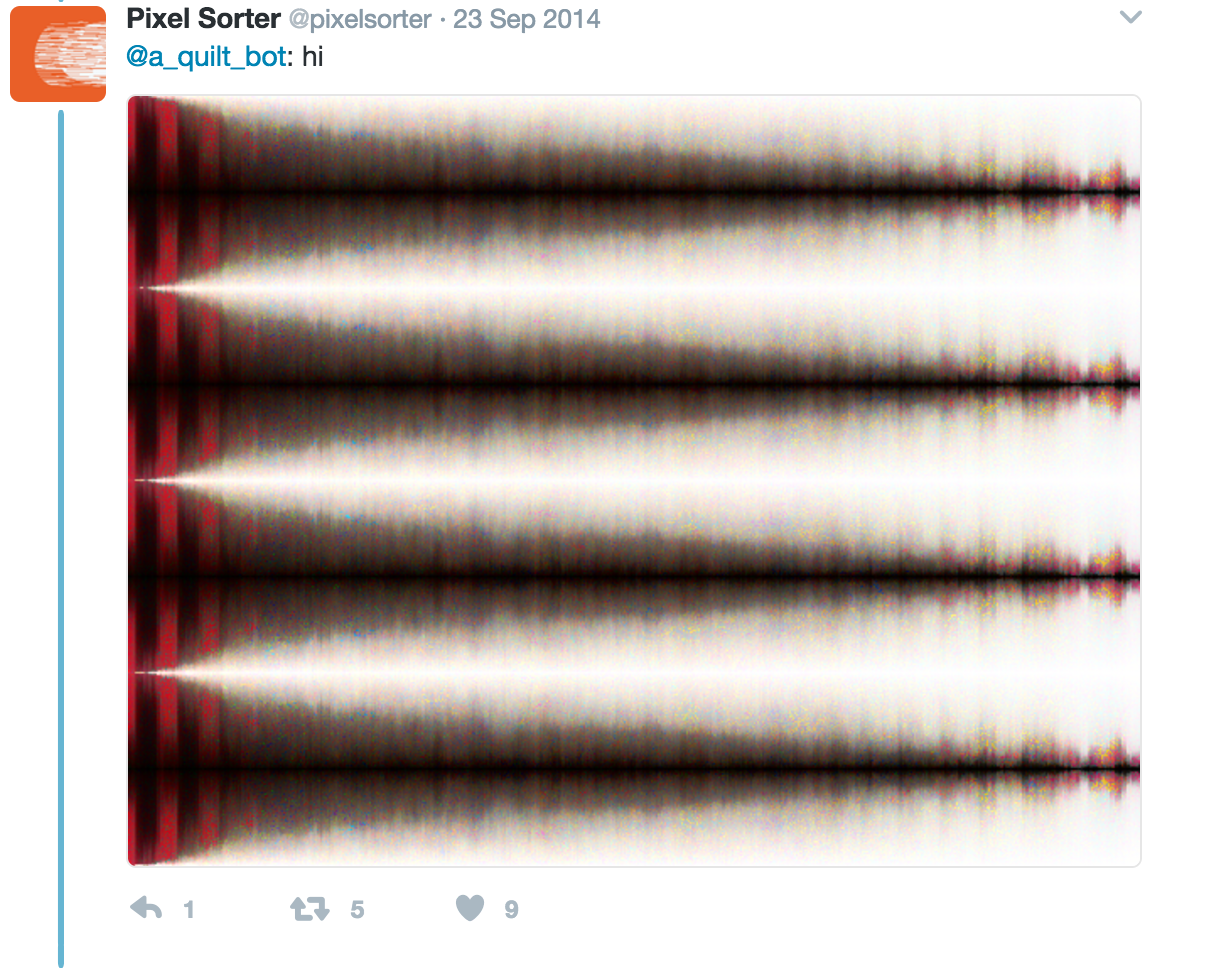 And on and on it went for awhile until this virtual romance fizzled…ah yes, as it always does.

It’s pretty fitting that the masterminds behind some of the coolest glitch art happen to be products of technology themselves. And these two bots came together to show that glitches can be chaotically beautiful.

Create your own glitch art for the glitch challenge!