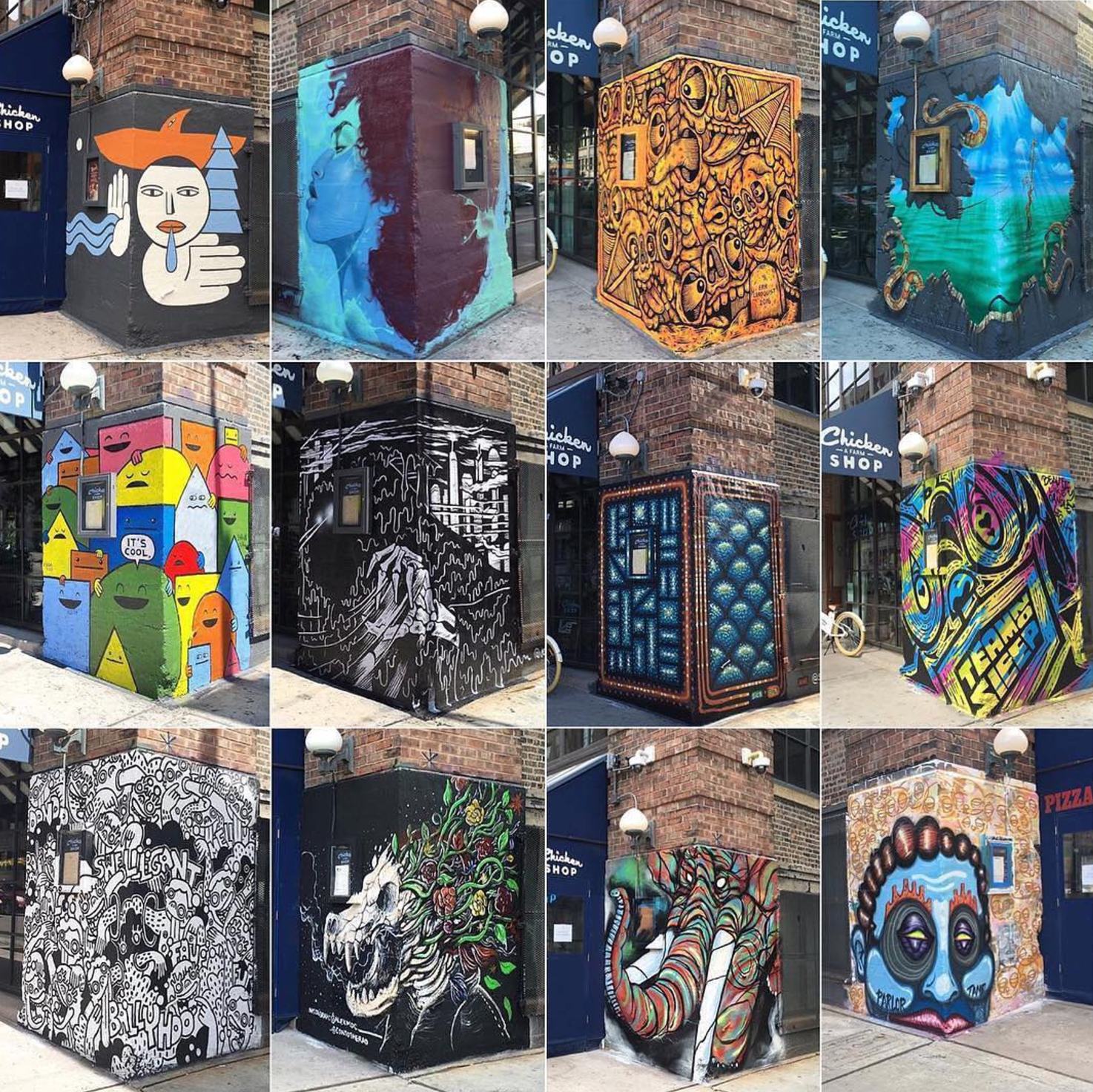 It’s been a little over a year since our very own Lance Curran (a.k.a the world’s coolest dad) teamed up with Soho House Chicago to start a rotating, monthly art series on their building’s exterior called “Graffiti on Green.” And a new year means new murals to check out!

Soho House Chicago – a private club tailored to creatives in the film, media, and art industries – is the most fitting place to feature the work of various graffiti artists. Every month, a different artist features their work on Soho House’s exterior, transforming the building’s brick cornerstones into somewhat of a rotating outdoor street art gallery.

Located right down the street from our HQ, many of the artists whose work has adorned Soho House’s brick exterior have also had their work in our previous office and our new space too, like Lauren Asta and Sick Fisher!

Check out last year’s murals and artists below! Chicago locals? Check out Graffiti on Green over at Soho House Chicago – 113 North Green street. And for all you non-Chicagoans, check up on the Threadless Instagram where we feature the new monthly Graffiti on Green artists every, well, month! 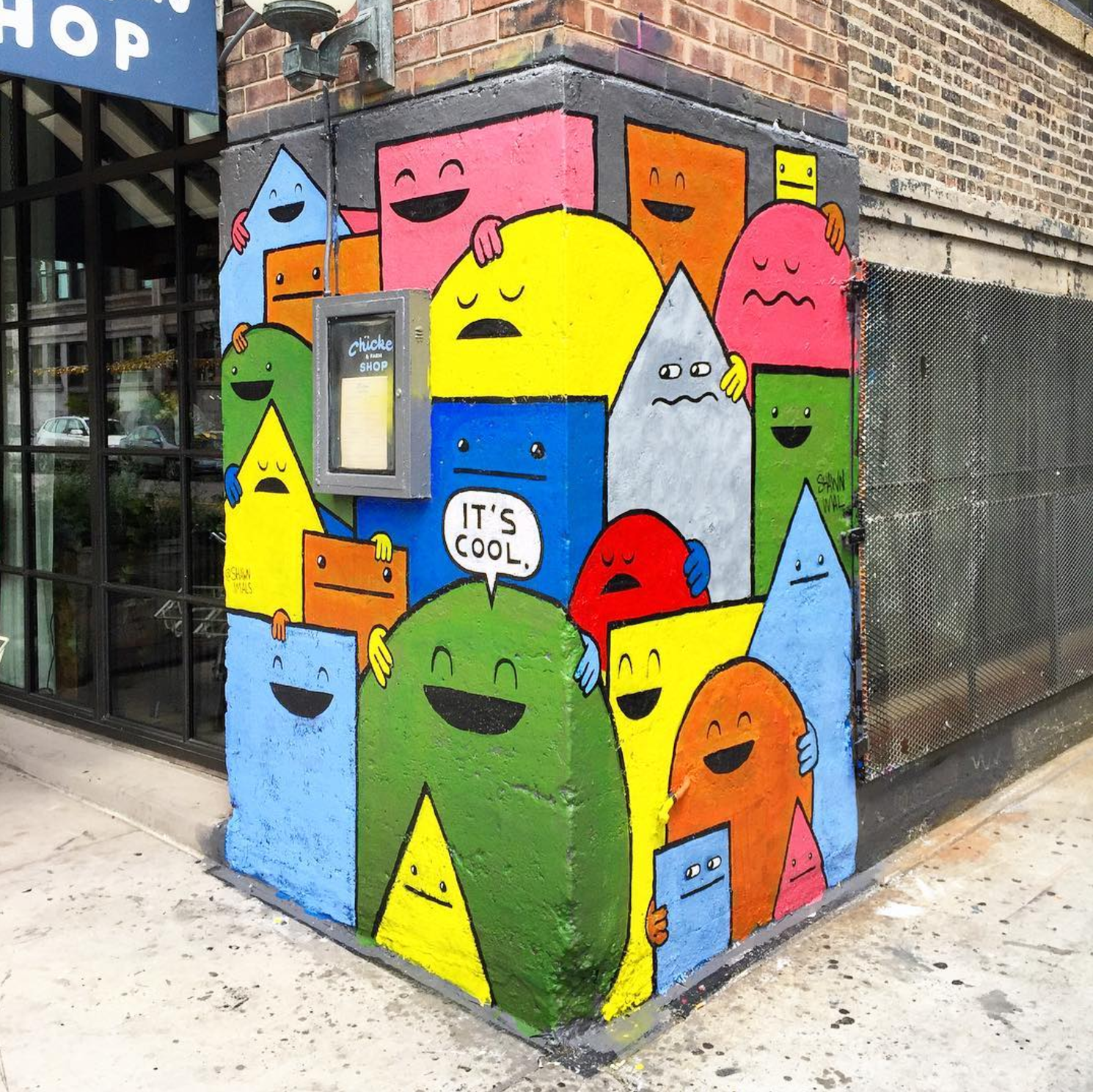 Shawnimals’ finished Soho House mural (we have one like it in our office! Check it out!) 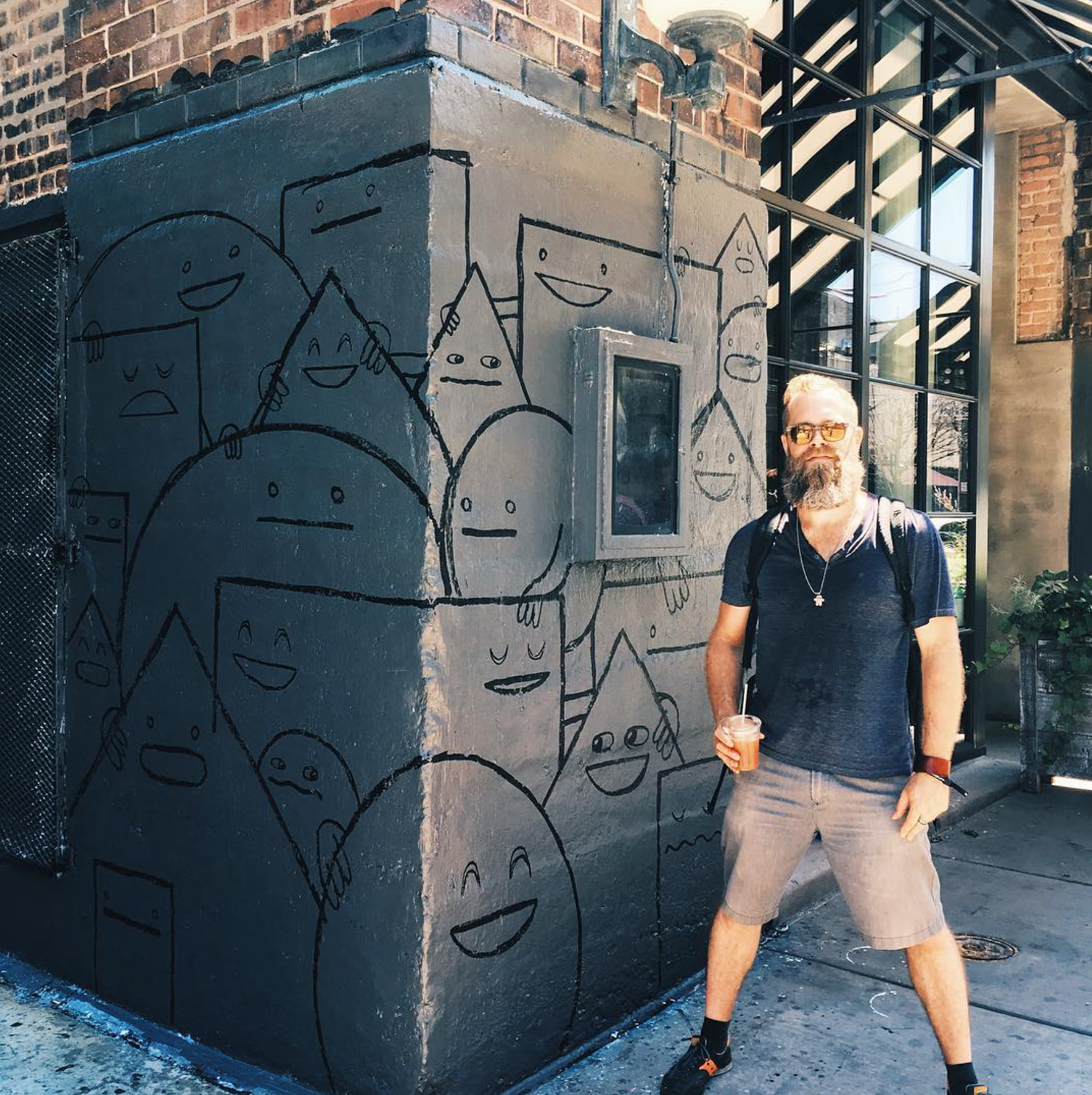 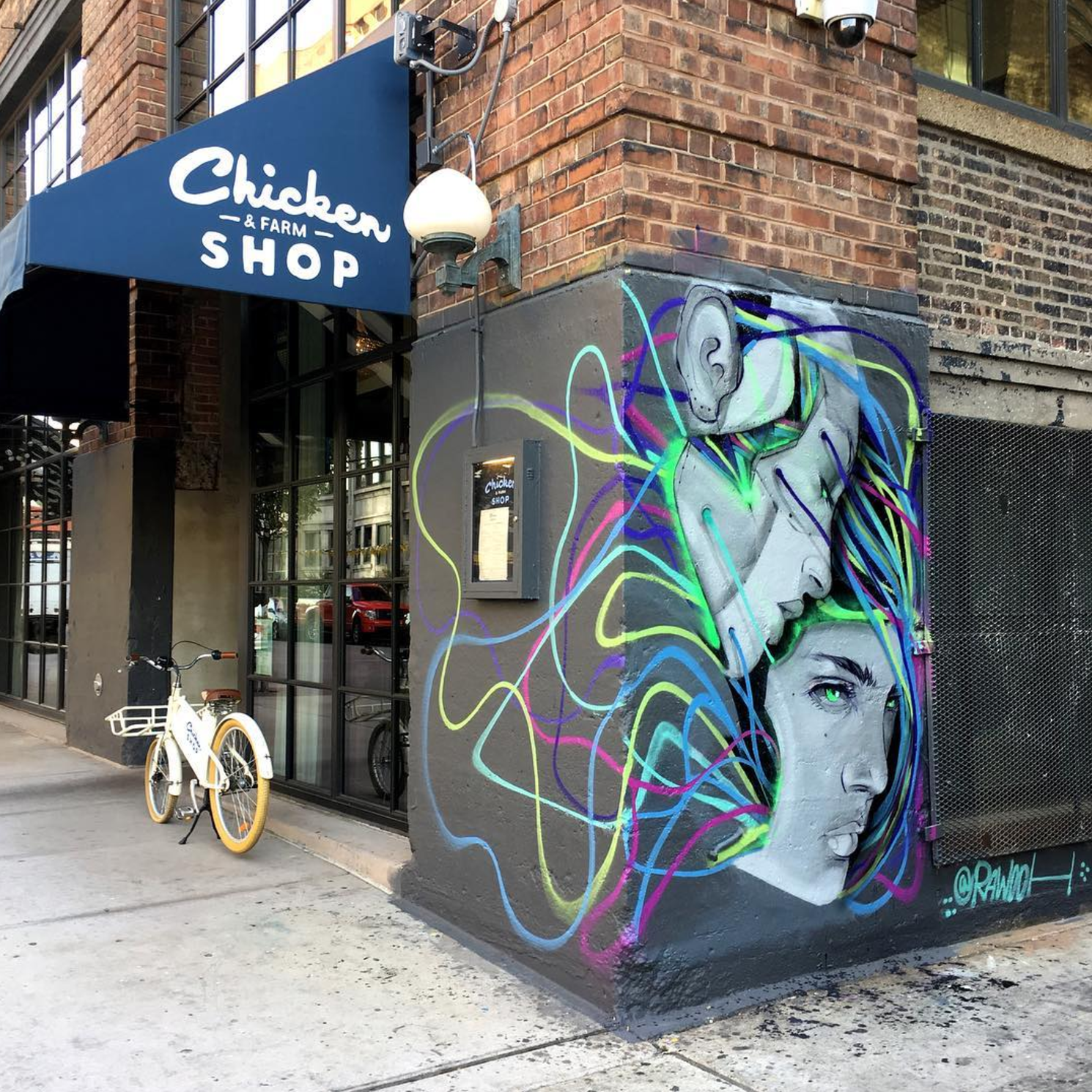 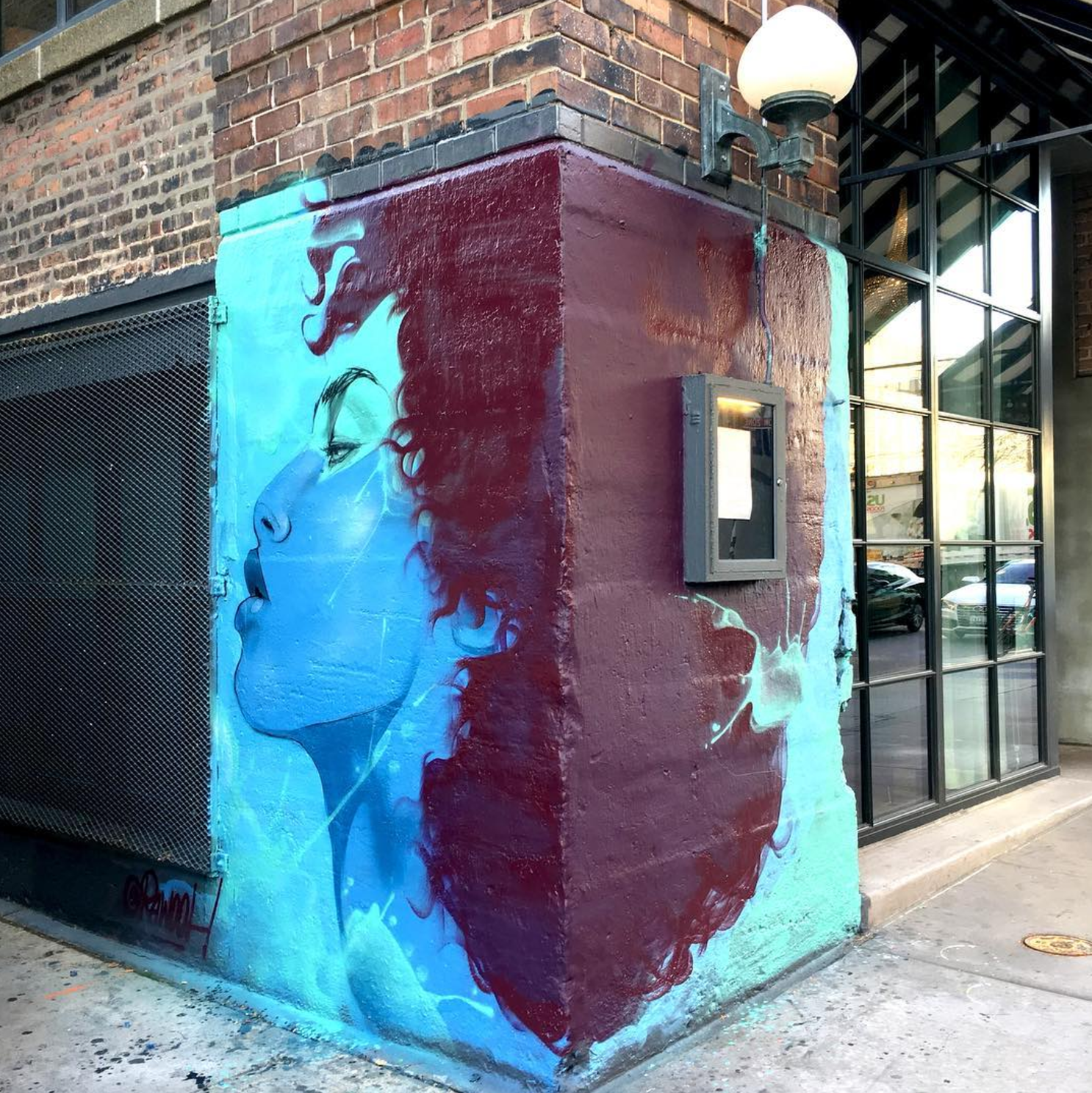 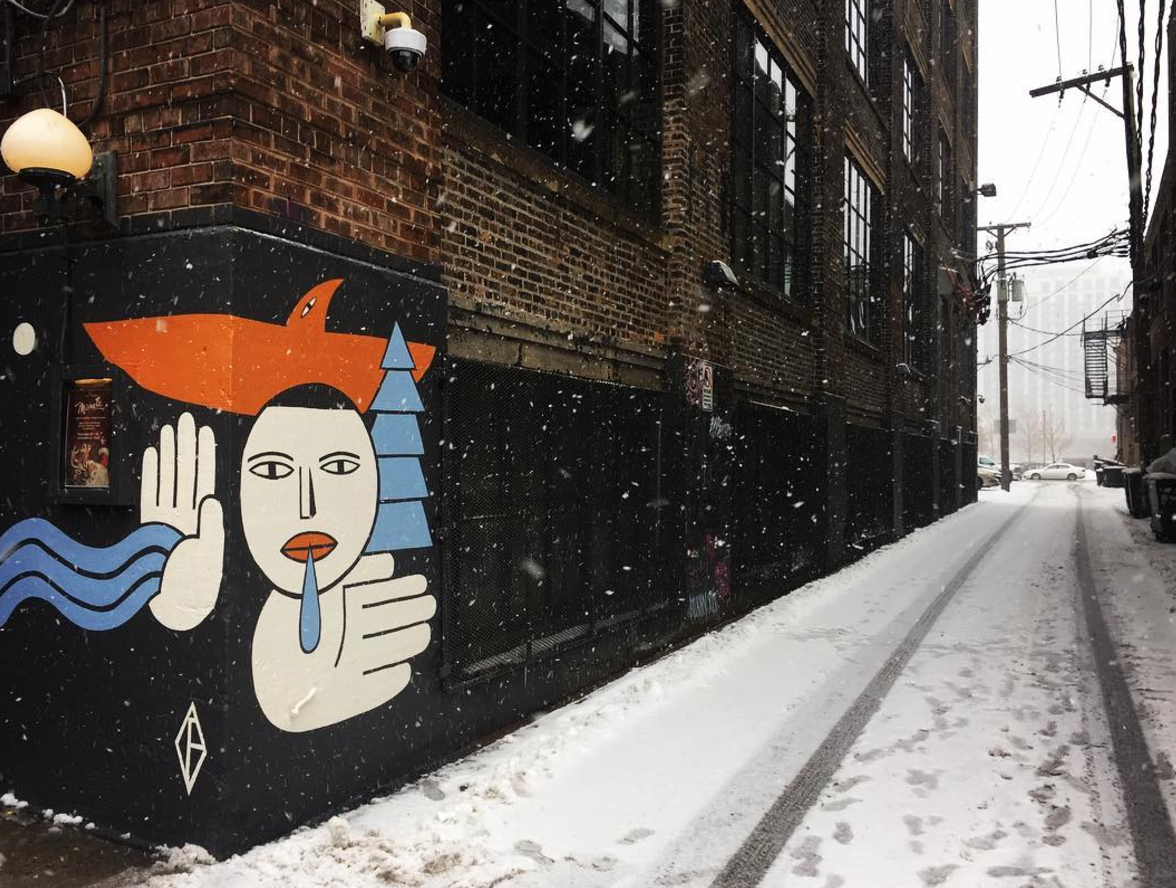 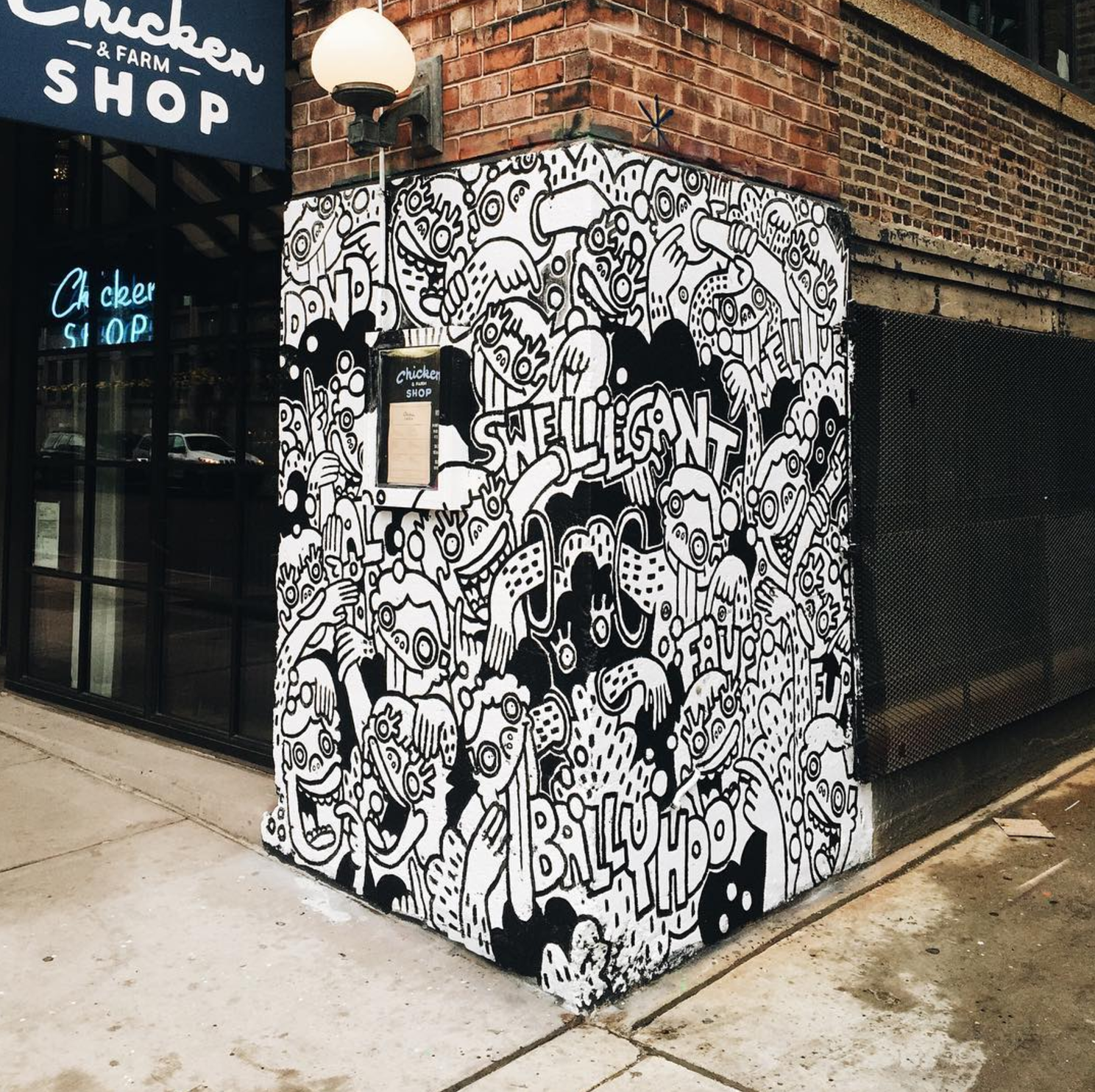 Lauren Asta’s completed work (she also has a giant mural at Threadless HQ – check it out!) 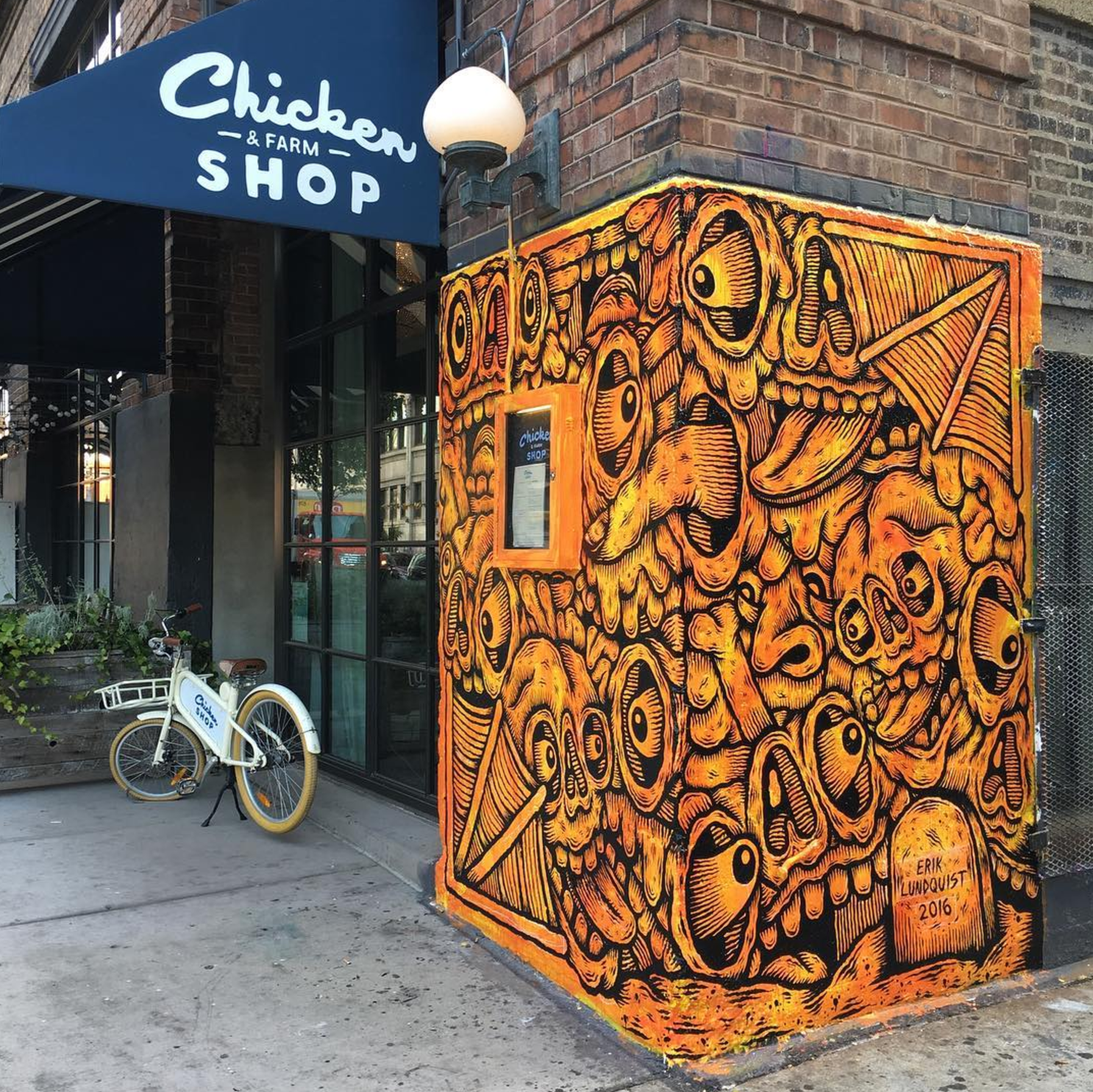 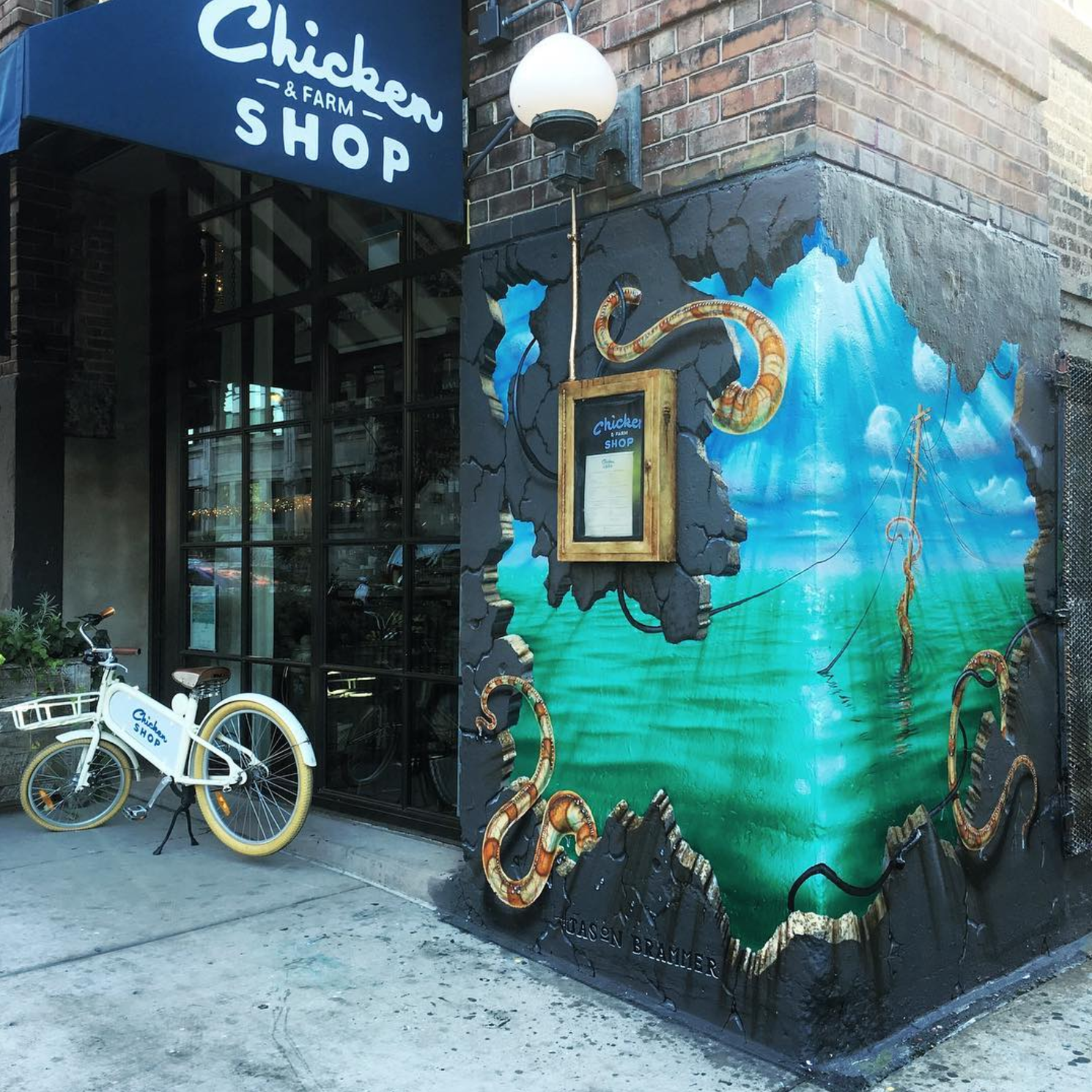 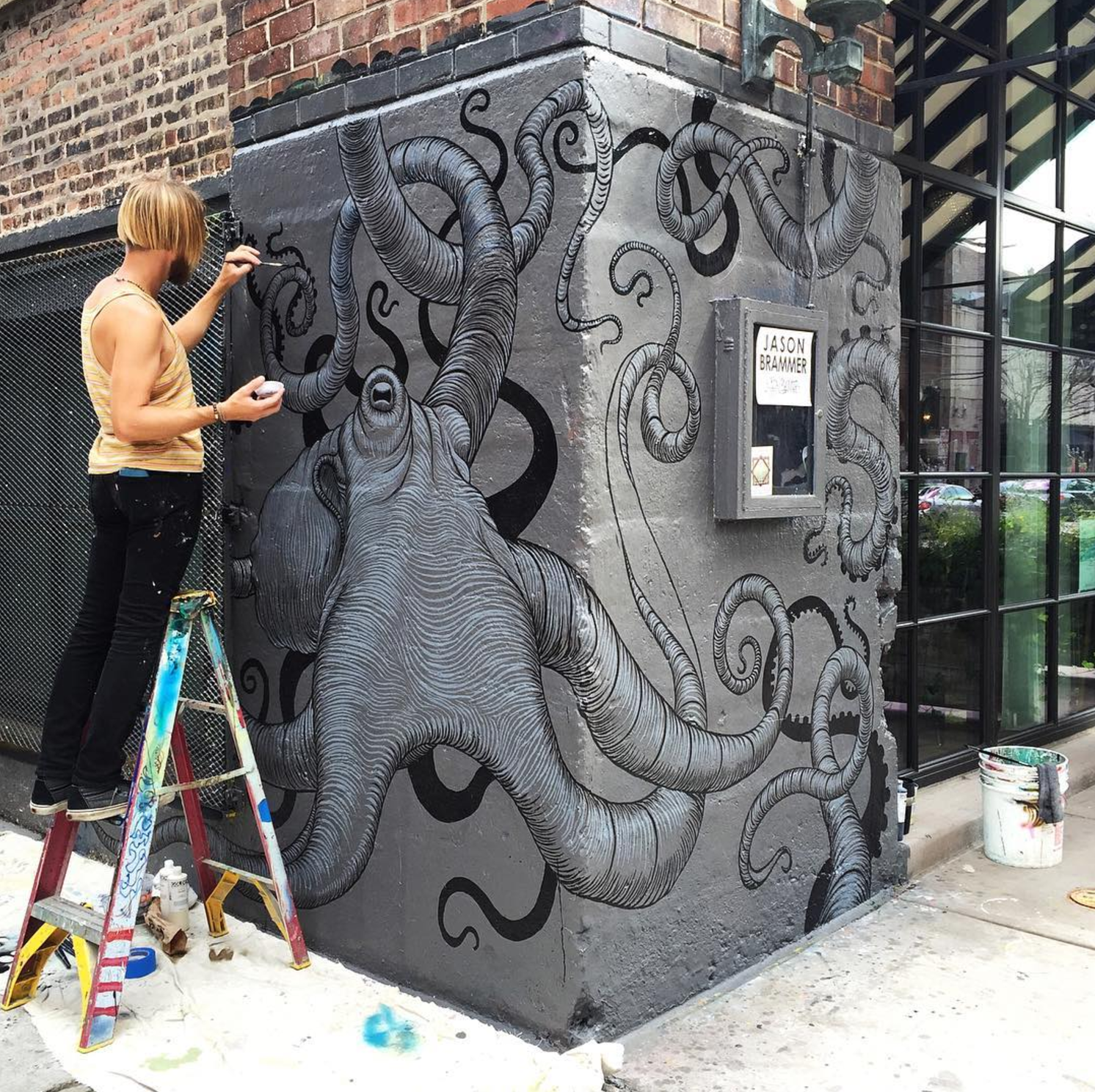 Jason Brammer at work on his Soho mural (second picture) and his completed mural on the South Cornerstone. 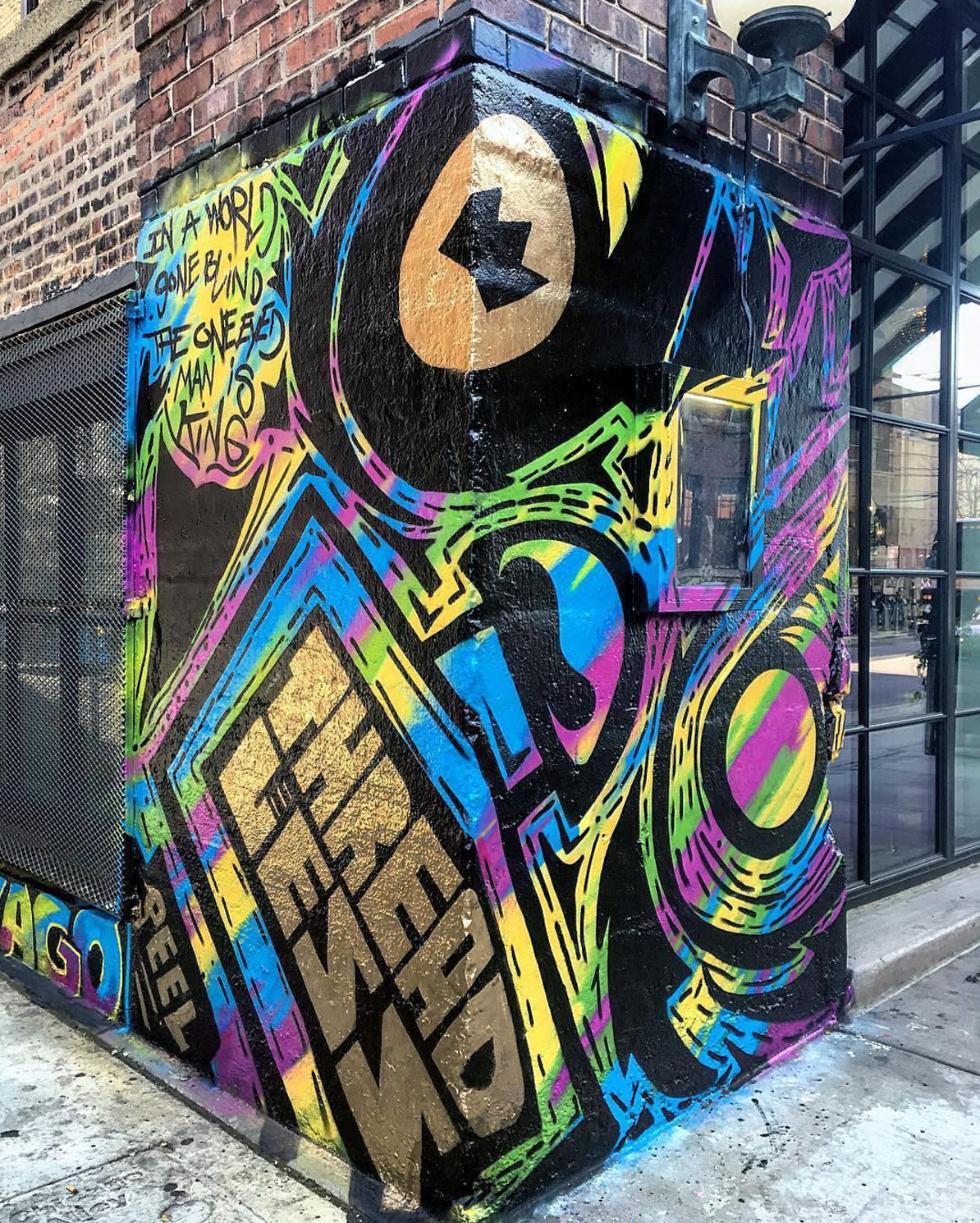